RANDY HOWELL: Stage Three Raleigh Is a Bit of a Homecoming for Me 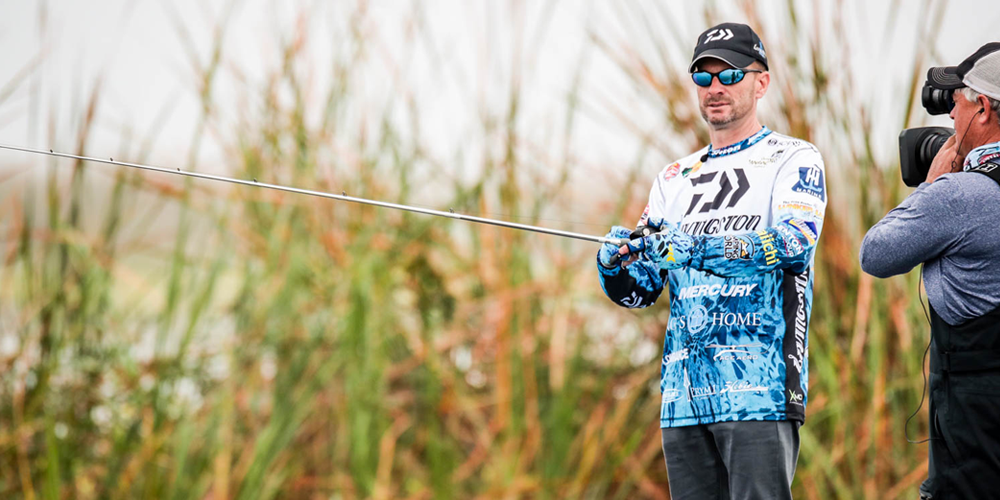 I think most of you know that I’m a proud resident of Guntersville, Alabama, but there are probably a few of you who don’t know that I grew up in northern North Carolina. My dad owned a fish camp and marina on Lake Gaston, which sits on the border of North Carolina and Virginia, about an hour north of Raleigh.

I learned to fish on Gaston and Kerr Lake, and started guiding on Gaston when I was still in grade school. So even though it’s been over 20 years since I lived there, I’m a Tar Heel at heart. I have a whole bunch of family and good friends who still live there, so the Stage Three event this week in Raleigh is a sort of homecoming for me.

And man, am I ever excited about this event! Not because I know a lot about any of the three lakes we’re going to fish – I think I might’ve fished all three of those lakes three or four times each when I was younger – but because I think we’re going to see some great fish.

The rest of the country has probably never even heard of Falls Lake, Jordan Lake or Shearon Harris before we started talking about them for the Bass Pro Tour, but these lakes have always been known around the area as hidden gems of big fish for the North Carolina region. Around this time of year, I start to see posts on social media from friends and family who fish those lakes, and I’m always seeing people post photos of big fish.

What Do I Expect in Raleigh?

One thing I was a little unsure of heading into practice was the water levels at these lakes. This part of the country has experienced heavy rains and flooding recently, and I know that launch ramps were closed because the water was so high. That’s all stabilizing, though: some friends of mine had their first tournament of the year two weekends ago at Falls Lake, and it took 28 pounds on five fish to win it.

I heard there were a couple of 10-pounders weighed in, too. We could potentially be hitting that area as just the right time, as long as we don’t have anything crazy happen with the weather.

Both Falls and Jordan are river lakes, so they usually stay pretty stained. There’s a lot of rock, a lot of wood, and a lot of good offshore structure to hold fish. Shearon Harris has cleaner water – it has some hydrilla and milfoil, because it stays warmer all year. I don’t remember how much warm-water discharge there is because of the power plant, but fish could be trying to spawn there earlier than Falls and Jordan.

When I start to think through my tackle for this event, I have a pretty good idea of where I’ll start. A jig is a popular bait in this whole part of North Carolina because of all the shallow cover and stained water, but man, this area has always been a good bet for a good, old-fashioned spinnerbait. One of my oldest sponsors – Hawg Caller Spinnerbaits – originated in North Carolina, so I know I can catch fish on a spinnerbait.

All that said, a crankbait is probably going to be my first choice. It’s no secret that North Carolina and crankbaits go together, and the cranking bite should be really good this week. I’m thinking that my craw-colored Howeller is going to be a player, and probably some craw-colored squarebills, too.

Even way back in those days when I lived in North Carolina, I knew we’d never have a big 100-plus-boat tour-level event here, because these lakes are all so small. But one thing I love about our MLF format and our 40-man daily field is that it lets us showcase a lot of really great, unknown fisheries like Falls, Jordan and Shearon Harris.

My mom was already texting me photos las of the Bass Pro Shops in Cary where we’ll have our stage and postgame show, so I know she’s excited. So am I, I hope to see some of you out there!