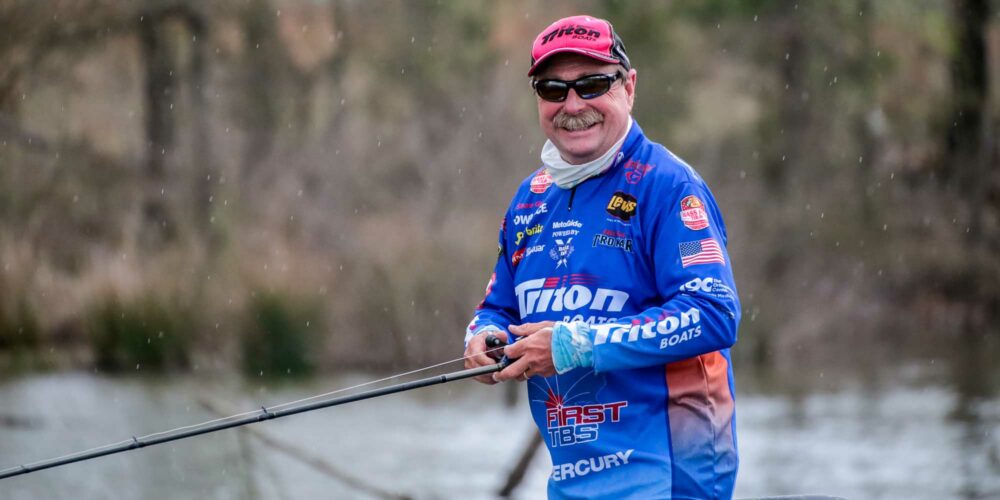 It’s so amazing to have a first-row seat to watch the run that Jacob Wheeler and Jordan Lee have been on over the past couple of years. I remember watching Kevin VanDam come up through the ranks and all of us fishing at the time kind of agreed that we were watching something special.

I really have that feeling watching both of these young anglers in the prime of their careers.

Kevin was (and is) the best pure bass fisherman I’ve ever seen, but Wheeler and Lee are starting to rival that. Now, we have no idea what the future holds, but if they both continue on this path, there’s no doubt that they’ll continue to win and probably set records doing so.

Both Jacob and Jordan are such intuitive anglers.

They both work extremely hard from what I’ve seen, and they have so much information at their fingertips. We didn’t have all of this information back when I was first starting out because guys were still trying to figure it all out. Pair that overload of information with both of their unique abilities to break down a body of water in a short amount of time, and you get what we’re seeing right now.

Lee Has Come Up Through The System

I like to compare Jordan Lee’s success to that of a young NFL, NBA or MLB player: Jordan has come up through “the system.”

He’s fished in high school and was an incredible college angler. I think all of that experience prepared him to come into the professional realm ready to compete right away. That’s like what you see with rookies in other sports. They’ve had so much experience and competition before even getting to the pros, some guys make it look like a seamless transition. Trust me, it’s not easy, Jordan just made it look easy.

I watch Jordan and I see such an impressive angler who looks to be in control of every situation he’s put it. That’s what has won him two Bass Pro Tour events and back-to-back Bassmaster Classics. There’s no doubt in my mind that he has the ability to be the best to ever do it.

But at this moment, it’s hard to not think Wheeler is the guy who will career the “Greatest of All Time” nickname next.

Defining the “It” Factor

I think the “It” factor has never really changed. It’s been the same since KVD was on his run, and it’s the same right now. What I’ve experienced in my career – a lengthy career at that – is that you see anglers who go on runs of about one or two years, and then they kind of taper off. I don’t get that feeling with either Jacob or Jordan.

Both of them don’t seem to have an off switch. There’s no off time for them, they’re always competing and ready to try and get their next win. Mental drive and mental passion is such a big component in this sport. It’s what KVD has and I can see the same thing in those two young anglers. As long as their drive continues, there’s no telling how long they can keep this up.

As a guy who’s been here in the professional bass fishing world for a while, I can’t express enough how much I enjoy watching these guys compete. I think that our sport that we all love so much is in great hands for the future. We never really know what the future holds but I do know one thing: those two pros better get some good sunglasses because their futures are bright.