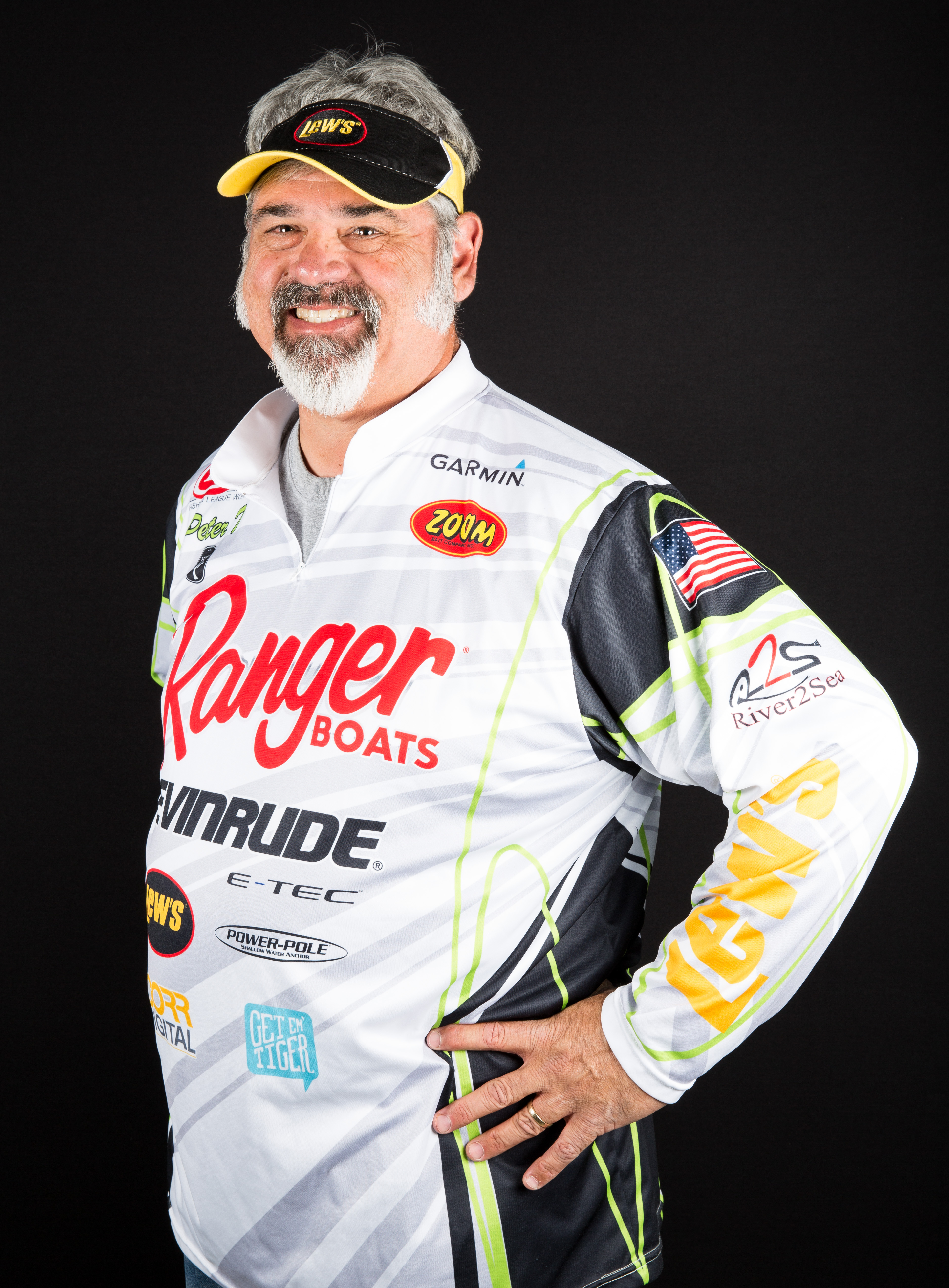 Hailing from Jacksonville, Fla., Peter Thliveros, better known as “Peter T”, has been fishing bass tournaments for more than 25 years. Thliveros started fishing with FLW in 1996 and immediately showed the world his tremendous fishing skills by winning the Angler of the Year title. Thliveros took a break from FLW Tour competition in 2005 and returned seven years later to once again fish with the sport’s highest professionals. His first victory came on the legendary smallmouth fishery of Lake St. Clair in 1999, where he edged out Kevin Van Dam and was awarded over $200,000 for his efforts.