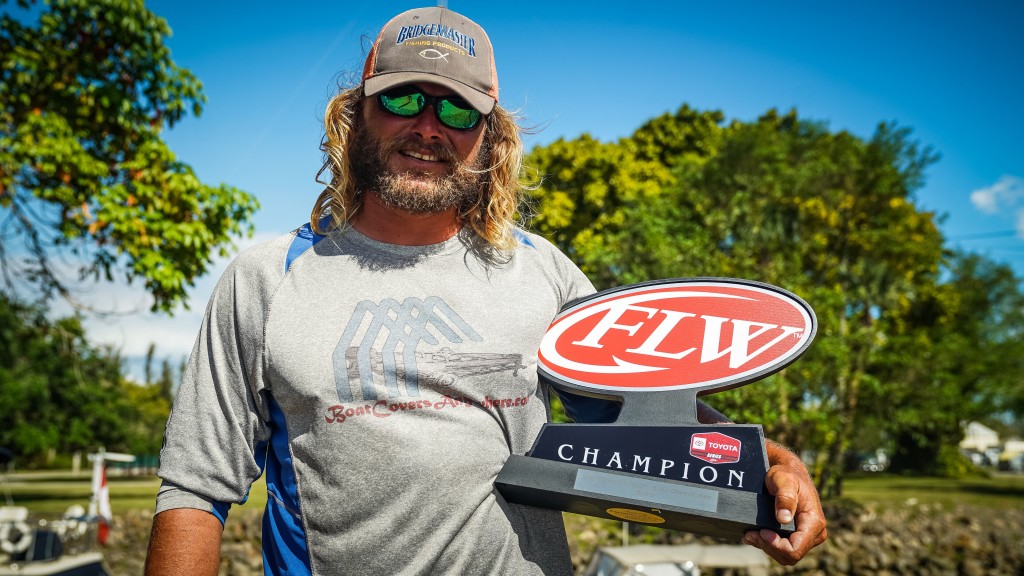 Weighing the biggest limit of the final day worth 19 pounds, 4 ounces, Brandon Medlock locked up his third Toyota Series title in the Southern Division event on Lake Okeechobee. With 54-4 overall, Medlock won comfortably and was essentially the only pro to put together two very good days of fishing, with a 13-9 catch on day one as his worst day.

All three days, Medlock started on an outside reed line where bass were eating shad.

“I was practicing for an ABA tournament a couple weeks ago and I caught some big ones out on the outside, but not very many bites,” Medlock says of his starting spot. “So, as soon as the wind laid down in practice I went over there to check it, and it was bite after bite after bite. Those shad just came in there.”

Pitching and making short casts with a ½-ounce, white Medlock Double Guard Flipping Jig with a white Zoom Super Speed Craw was the ticket for the shad fish. 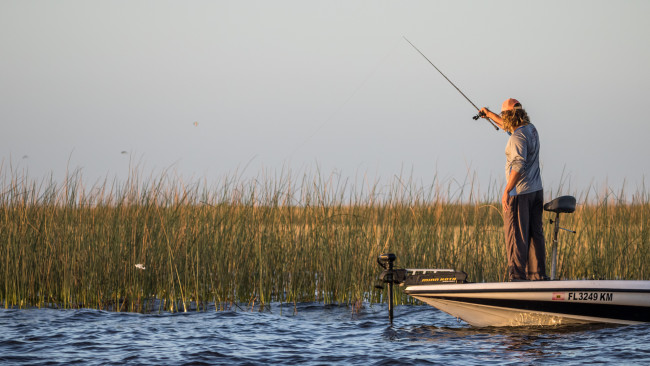 After corralling a limit each day, Medlock flipped reeds the rest of the time.

“The fish have all been behind the reeds for the past month – there’s not been anything going on the outside, that just started in the last two weeks,” says Medlock. “As hot as it is, I felt like that inside bite was dying. I felt like the fish were leaving that, so I concentrated more on the outer stuff.

“The first day I thought I was going to have 25 pounds, I caught probably 20 fish, but they were all little ones. I ran really shallow stuff that day, but the next day I went deeper.”

Going deeper turned out to be the key, and on day two and the final day Medlock flipped up multiple big fish from isolated reeds out past the main reed edge. 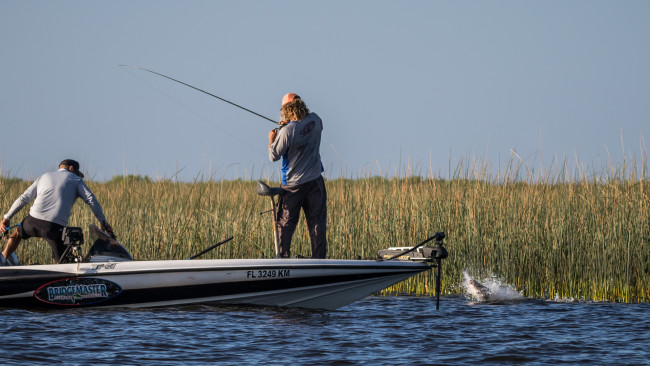 For his flipping attack, Medlock used a 3/8-ounce and a 3/4-ounce Medlock Double Guard Flipping Jig in black and blue. He tipped the 3/8-ounce model with a Riot Baits Little Fuzzy, and used a Zoom Big Salty Chunk as a trailer on the 3/4-ounce model.

Flipping the heavier jig on the outer reeds, Medlock opted for the lighter jig in shallower stuff.

“The water depth was the main deal there,” says Medlock. “That 3/8-ounce jig is unreal for spooky fish. It doesn’t spook ‘em. I can lay it down on super long flips and it lays down effortlessly.”

With his third Series win, Medlock has firmly cemented himself as Okeechobee royalty, along with adding over $37,000 to his pocket.

“I’d won two of these, but it was so long ago I forgot what it feels like,” says Medlock. “It feels great. It hasn’t really set in yet, but it feels awesome. I’m tickled to death, and I want to thank God for being here and thank God for the opportunity.” 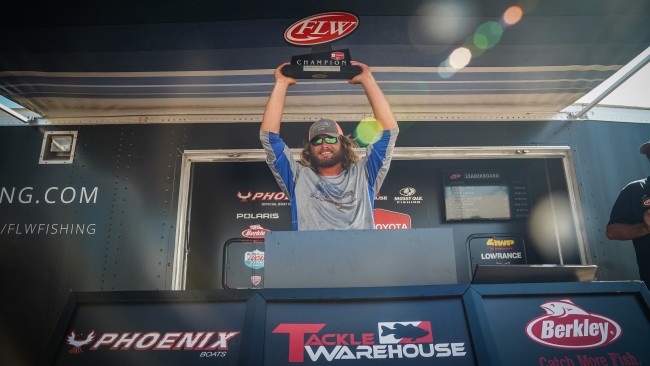