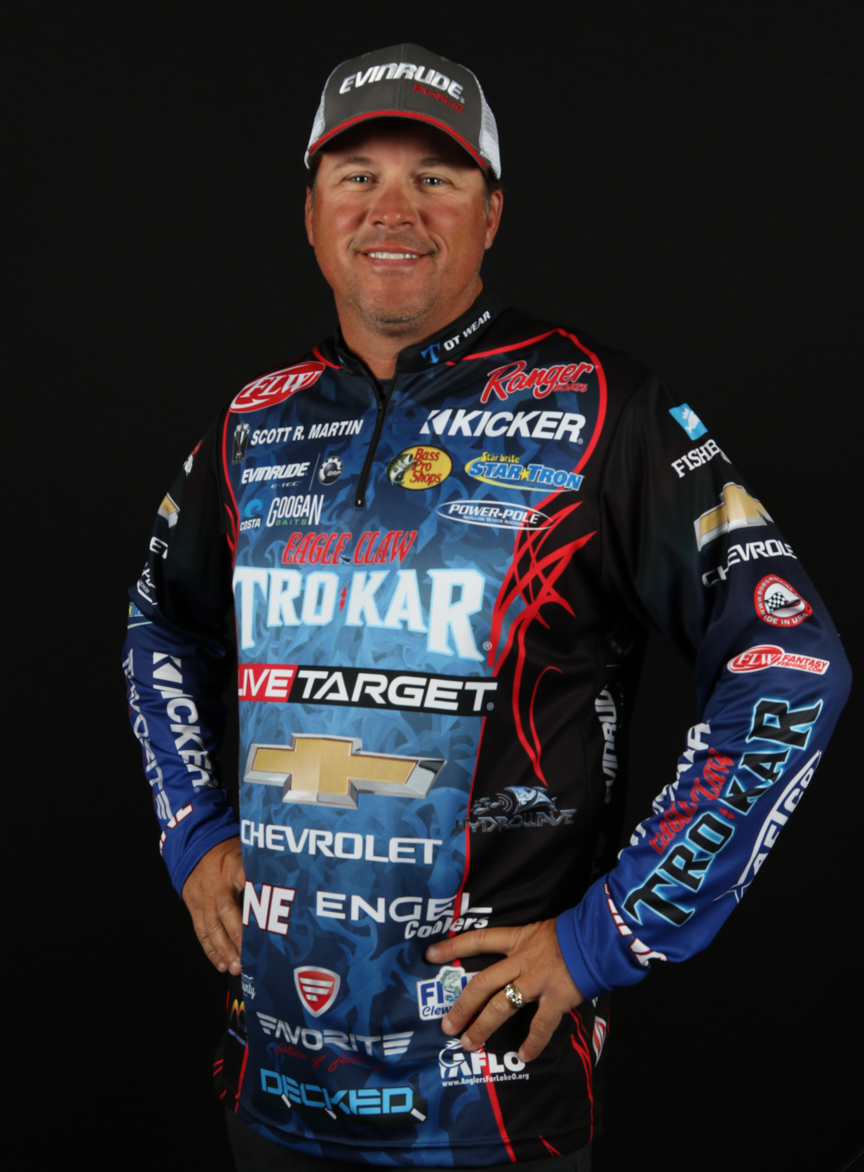 Martin, the 2011 Forrest Wood Cup champion, hails from a famous fishing family – he is the son of the legendary Roland Martin. 2014 marks Martin’s 15th season on the FLW Tour. 2012 was another great year for Martin, winning the Tour event on the Potomac River and finishing top-10 in two other tournaments, including a fourth-place at the 2012 Forrest Wood Cup. His recent 2012 winnings have pushed him just over the $2 million mark in earnings. Martin and his wife Suzanne have four children. His local body of water, the legendary Lake Okeechobee, is also his favorite. When fishing there, he loves to flip the grass, throw frogs and use swimbaits. Martin claims one of his most memorable fishing moments was when he caught his first 10-pound bass on Lake Okeechobee with his father at the age of 12. When not fishing for bass, Martin can be found saltwater fishing in the Atlantic Ocean.