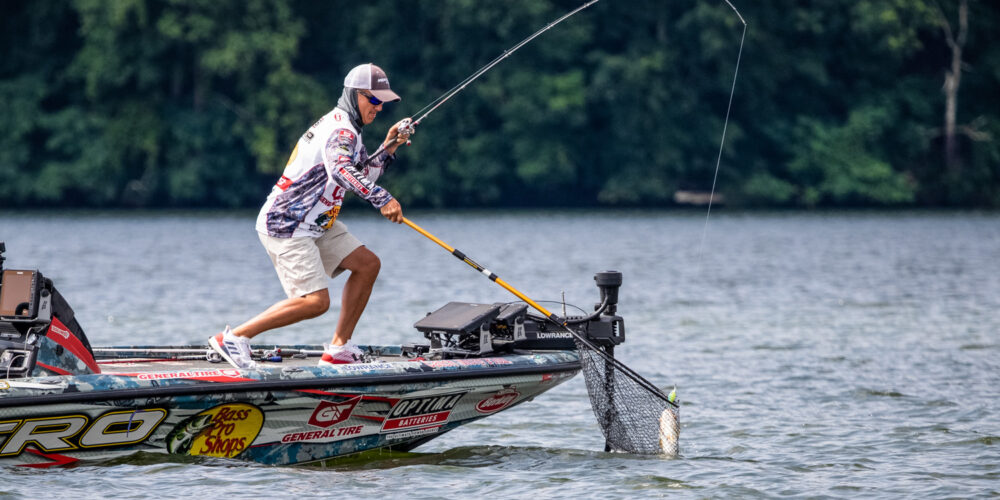 I had some learning experiences at my last two tournaments. If you’re curious about what I mean by that, you may already know I didn’t have the kind of finishes I was hoping for, and that I didn’t lift a big trophy or hold up one of those giant checks.

But don’t think I’m joking when I say those tournaments were learning experiences. Every tournament is a learning experience if you’re serious about competitive fishing. Win, lose or fall flat on your face, you should walk away with more than a trophy, a check, or a bunch of travel receipts. You’d better have some takeaways you can build on.

At the Bass Pro Tour Heavy Hitters event on the Kissimmee Chain of Lakes in Florida, I had a phenomenal practice. I was burning bladed jigs and spinnerbaits over grass and probably covered 70 miles of water on my first day of practice and another 50 or 60 on the second day. I kept my trolling motor on high and kept moving. The weather was sunny and bright — bluebird skies without much wind. I thought it would be a great tournament for me.

But then the conditions changed. I thought they changed for the better — it went from sunny and calm to cloudy and breezy. Just the sort of conditions you’d think would make the fish more aggressive. But the bass didn’t see it that way, and the closer I looked, I think I understand why.

The wind put a nice chop on the water, and that’s usually a good thing. But in Florida, where the water’s typically very shallow and there’s so much vegetation, a little wind from the wrong direction can stir things up, dirty the water, and that can kill a pattern…fast.

On my second day of competition, when conditions got back to what they were in practice — sunny and calm — I caught a few fish, but it was too late to salvage the event. I missed the cut.

On to Lake Chickamauga

Then I was off to Tennessee and Lake Chickamauga for the Super Tournament that featured the FLW Pro Circuit and a bunch of anglers from the Bass Pro Tour.

Chickamauga is an interesting fishery. The bass there are “educated.” They can be really skittish.

I spent three days of practice just idling through areas I thought would hold fish, watching my Lowrance SideScan and trying not to drive over any schools since that can make them scatter. I found lots of bass, too — in the mid-depths — but the shallow bite was a lot bigger and better than I anticipated, and other anglers really caught ‘em, so I missed the cut again.

Those two tournaments were frustrating and aggravating, but I always try to have a valuable “takeaway” from any event that will help me going forward.

First of all, I want to remember what worked and what didn’t for the next time I’m competing on those fisheries. It’s also important for me to try to explain what happened and why, so I can make adjustments in the future.

In Florida, I think I underestimated the adverse impact of the wind. Instead of improving my pattern, it killed it because it dirtied the water. That may not have occurred if the wind had come from a different direction or if I had found bass on the other side of the lake, but it’s something I need to watch for in the future. Wind also adversely impacted my event on Okeechobee earlier this year. Those Florida lakes are typically so shallow that just a little wind can really have an impact.

In Tennessee, I should have considered the fact that Florida bass had been introduced to Chickamauga and that would likely improve the shallow bite.

Next time I’ll be ready. For now, I’ve added just a little more information to my bass fishing database.

When you fish competitively — at the club level, the fruit jar level or the pro level — you have to keep learning if you want to get better. I’m always trying to do that. Instead of trying to forget a bad event and put it behind me, I want to squeeze some value and knowledge out of it. Just thinking about things that way helps me enormously, and I know it will help you, too.

Here’s a video recap of my Heavy Hitters tournament experience. It’s always good to learn from your mistakes, but even better when you can learn from mine!