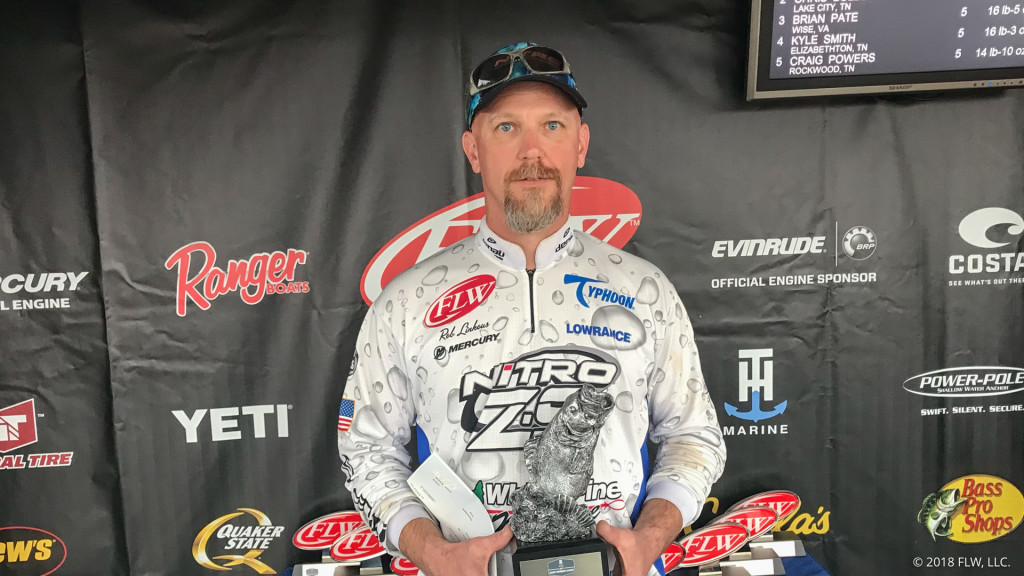 “I was fishing on the main lake, on the Clinch side,” says Linkous, who earned his first career victory in FLW competition. “I figured out a pattern late Friday while practicing and I just went to the bank and started cranking.”

Linkous caught around 25 fish throughout the day – six keepers. He says the key to his victory was his lure – an Ike’s Demon-colored Rapala DT6 crankbait.

“I was sitting in 17 feet of water and throwing parallel to the bank,” Linkous says. “I would use a fast retrieve, then stop and twitch the bait. The fish would bite on the pause.

“The keepers were coming out of 10 feet of water,” he continues. “Once I had my limit, I cut off the DT6 and gave it to my co-angler to tie on and catch a few. It was his first tournament and he ended up cashing a check as well. It was a fun day on the water.”

Tyler Duckworth of Gray, Tennessee, caught a bass weighing 5 pounds, 14 ounces – the heaviest of the event in the Boater Division – and earned the day’s Boater Big Bass award of $445. 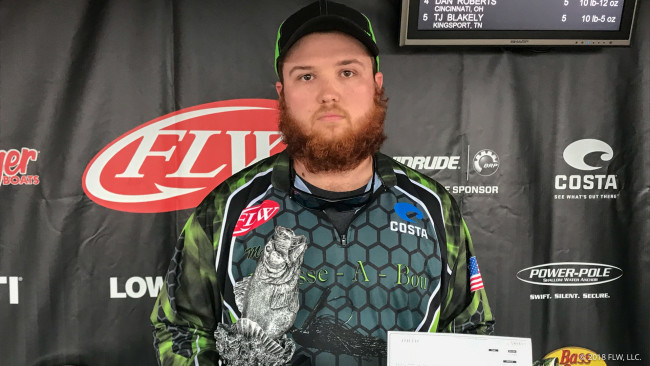 Ryan Buchanan of Gray, Tennessee, caught the largest bass in the Co-angler Division – a 4-pound, 9-ounce fish. The catch earned him the day’s Co-angler Big Bass award of $207.