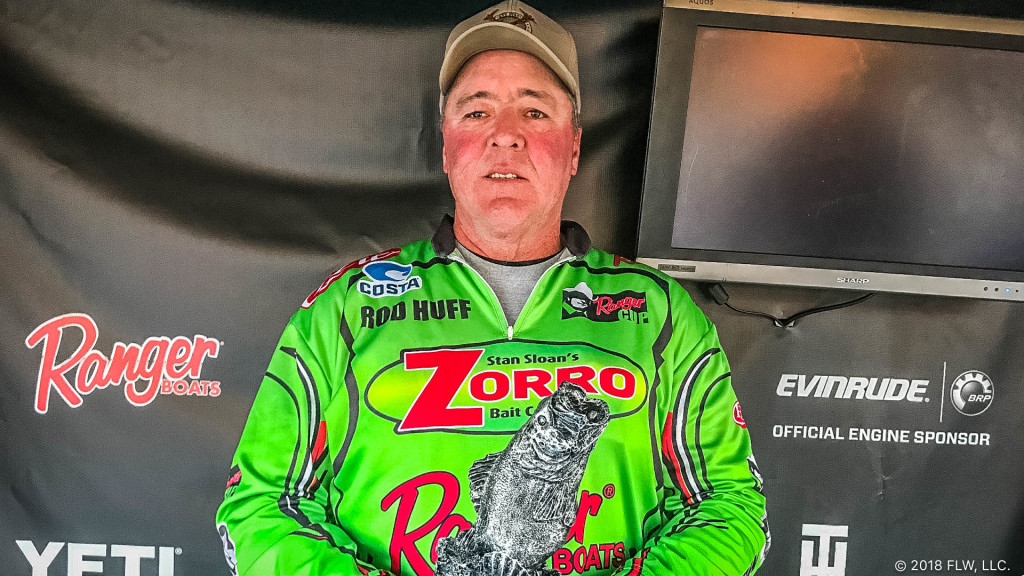 “I basically fished the last deep water before spawning flats,” says Huff, who logged his first career win in FLW competition. “The water was stained, and I probably had 30 to 35 different stops – all mid-lake.”

Huff rotated between a variety of lures during the tournament, but caught his limit using a ½-ounce green-pumpkin-colored Zorro Baits Booza Bug Jig and a Zorro Baits Swim Jig with green-pumpkin Strike King Rage Craw trailers.

“The areas had rocks, and most of the fish were caught in 2 to 8 feet of water,” says Huff. “Sometimes I casted all the way to the bank and worked the lure back, and sometimes I made short casts.”

Huff says he caught seven keepers throughout the day, culling out two fish to complete his 19-pound limit.

Jason White of Sparta, Tennessee, weighed a 5-pound, 3-ounce bass – the heaviest of the event in the Boater Division – and earned the day’s Boater Big Bass award of $425. 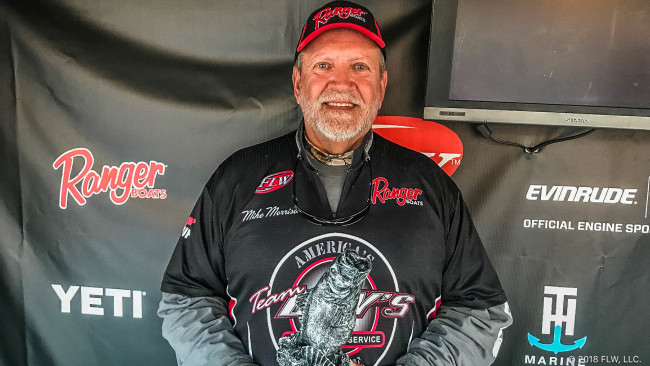 Kelly caught the largest bass in the Co-angler Division weighing in at 5 pounds, 8- unces. The catch earned him the day’s Co-angler Big Bass award of $212.