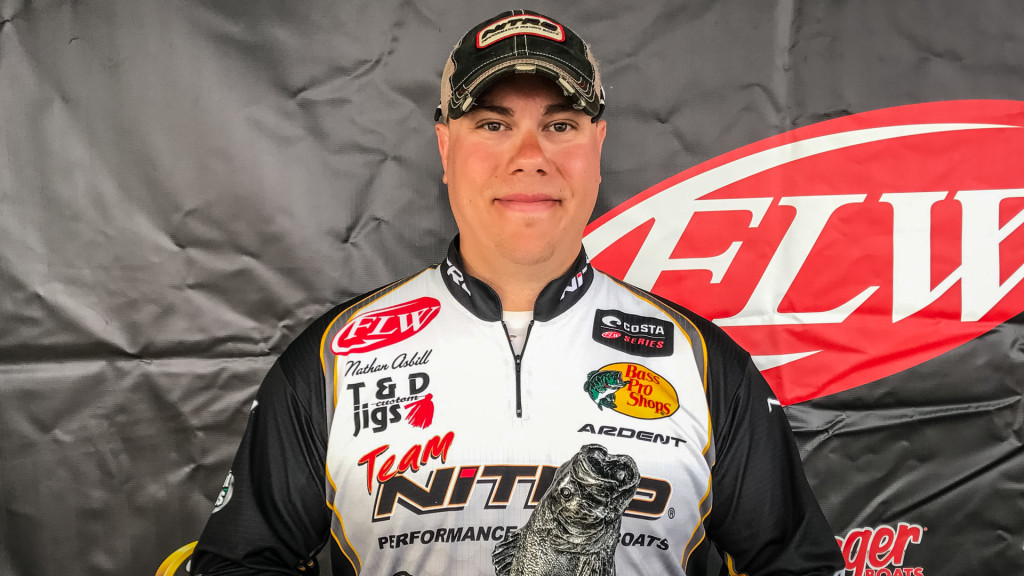 Asbill says he fished a quarter-mile stretch of water in a mid-lake area, toward the dam, and caught eight keepers throughout the day.

“I had four stops that I would check every 30 minutes – It was a good little milk run,” says Asbill who earned his first career win in FLW competition. “In practice I was only catching 2- to 4-pounders from the stretch, but Saturday there was 5s and 6s which told me big ones were moving in.”

Asbill says he slowly fished a custom ½-ounce jig with a twin tail craw trailer to get his limit.

“They were coming into the pockets with small pea gravel and schooling in certain places,” says Asbill.

John Pilcher of Kansas, Oklahoma, weighed a 7-pound, 12-ounce bass – the heaviest of the event in the Boater Division – and earned the day’s Boater Big Bass award of $1,000. 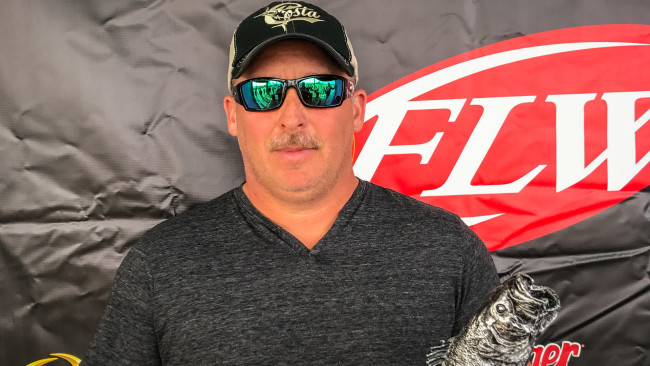 Weir caught the largest bass in the Co-angler Division weighing in at 5 pounds, 12 ounces. The catch earned him the day’s Co-angler Big Bass award of $500.