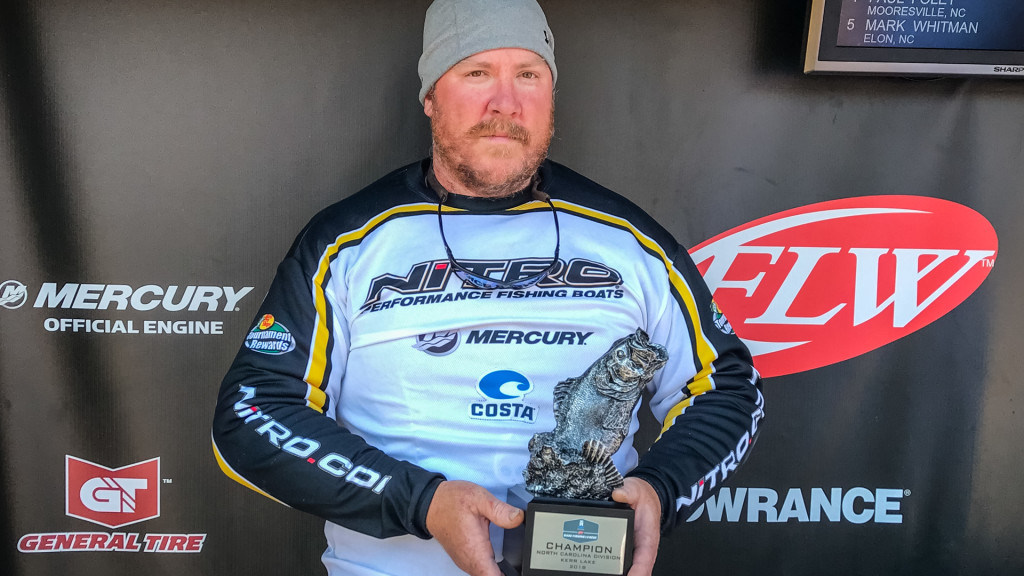 “I started out in Nutbush Creek but they weren’t biting, so I made a long run and caught all of my fish within three hours near Clarksville,” says Birr, who logged his second win on Kerr Lake in BFL competition. “I cranked shallow right in front of bushes where fish were staging. Normally they’d be spawning in the bushes, but the water wasn’t high enough.”

Birr used an unnamed custom-colored crankbait to catch his fish and rotated through a few different spots in a specific creek.

“A recent local tournament on Kerr Lake was won in Nutbush Creek, so knowing when to make the move out of there was key for me,” says Birr. “I lost a 5-pounder first thing in the morning which I thought would cost me the tournament, but I was able to get five more of the right bites.”

Houchins weighed a 6-pound, 5-ounce bass – the heaviest of the event in the Boater Division – and earned the day’s Boater Big Bass award of $365. 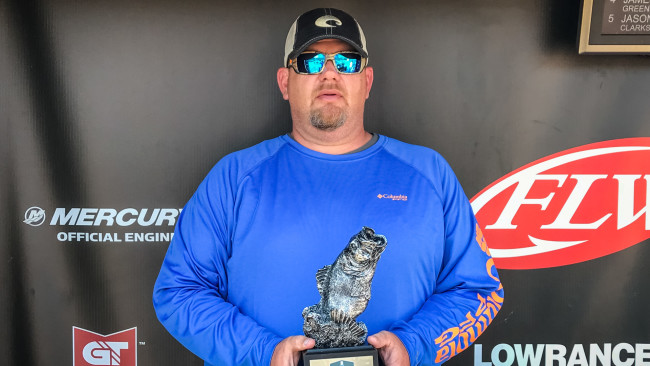 Bird caught the largest bass in the Co-angler Division weighing in at 5 pounds, 8 ounces. The catch earned him the day’s Co-angler Big Bass award of $182.

The top 45 boaters and co-anglers in the region based on point standings, along with the five winners in each qualifying event, will be entered in the Oct. 11-13 BFL Regional Championship on Chesapeake Bay in North East, Tennessee. Boaters will compete for a top award of a Ranger Z518C with a 200-horsepower Evinrude outboard and $20,000, while co-anglers will fish for a new Ranger Z518C with a 200-horsepower Evinrude outboard.