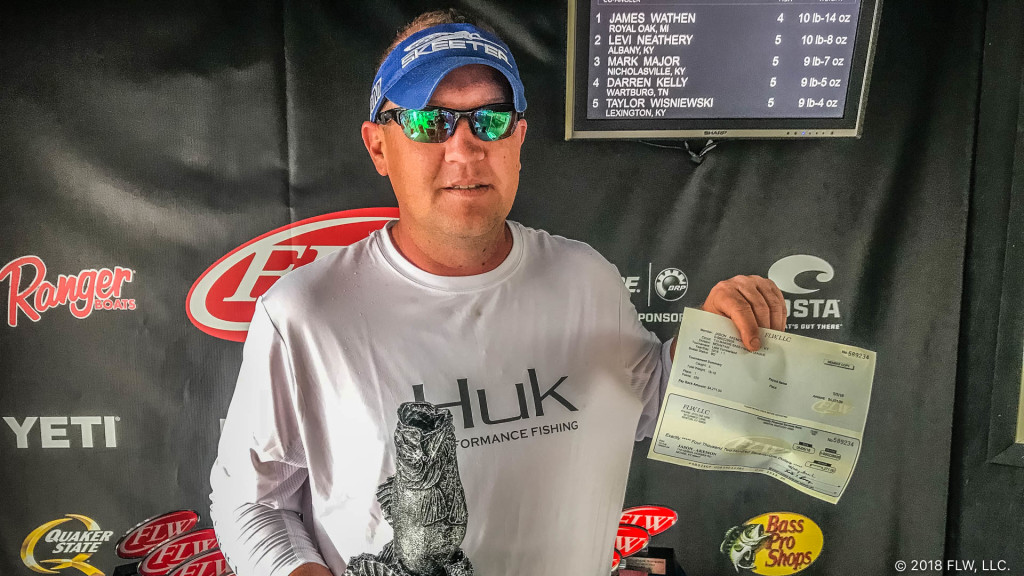 Akemon says he spent his day sight-fishing toward the dam, and that his fish were scattered along a 5-mile stretch.

“I found 11 fish in practice that were worth going after and were fairly protected,” says Akemon, who notched his first career win in FLW competition. “I knew it was going to be windy and rainy, so I needed to have fish I could get to.”

Akemon originally planned on targeting smallmouth out deep, but decided to stick to the spawners.

“I was afraid the smallmouth bite would fall off with the front coming in, and it did. I fished for them in practice Thursday and by Friday it had already started falling off,” says Akemon. “I knew I could get 18 or 19 pounds bed-fishing and it ended up being the right decision. I had my limit by 7:45 a.m.”

Akemon ended up bringing two smallmouth and three largemouth to the scale. He used two baits – a Z-Man ChatterBait with a Strike King Rage Tail Craw trailer for smallmouth, and a white Texas-rigged Zoom Baby Brush Hog for largemouth.

Curtis Hall of Florence, Kentucky, brought a 5-pound, 4-ounce bass to the scale – the heaviest of the event in the Boater Division – and earned the day’s Boater Big Bass award of $595. 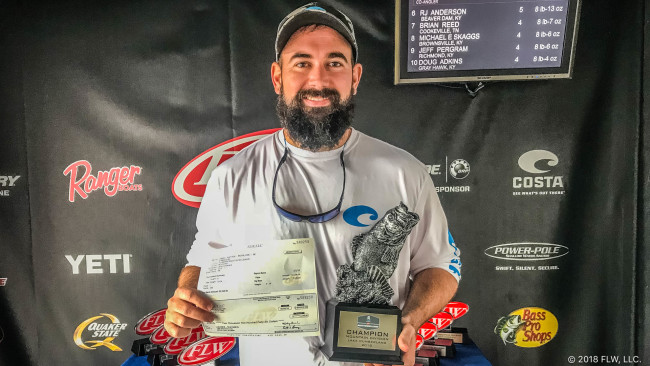 Wathen also caught the largest bass in the Co-angler Division weighing in at 3 pounds, 14 ounces. The catch earned him the day’s Co-angler Big Bass award of $146.