Faucett by an Ounce on Arkansas River 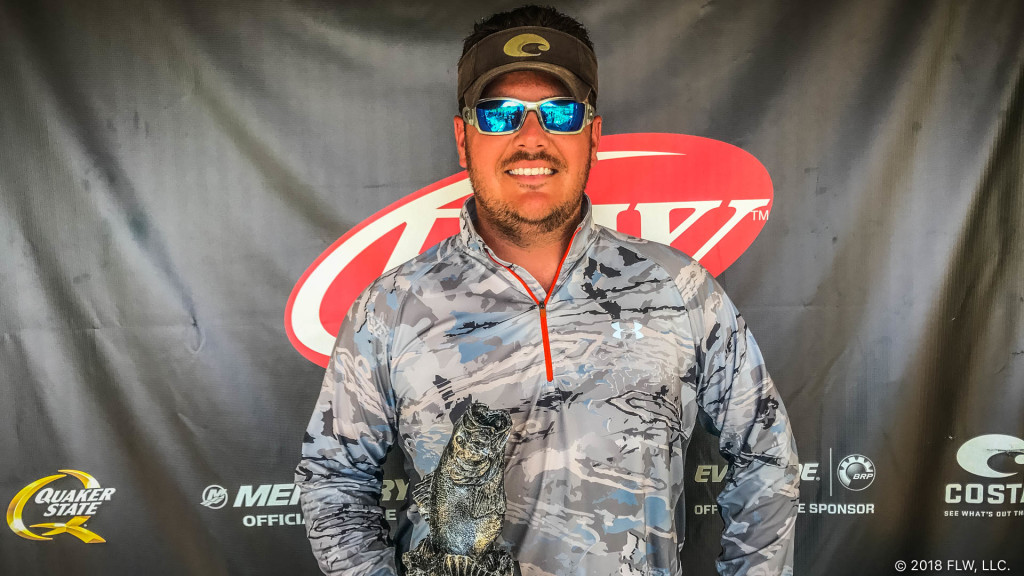 “I worked through shallow flats in Kerr Reservoir that had scattered cover – stumps, grass, laydowns – a lot of different stuff,” says Faucett, who earned his first career win in FLW competition. “There were eight other boats in there, and I ended up fishing behind them.”

Faucett says two of his fish came on a 3/8-ounce chartreuse and white-colored War Eagle spinnerbait with a gold willow-leaf blade and a red Colorado kicker blade, noting that they were two of his more quality bites. Of the other three bass that filled his limit, one came on a black Booyah Poppin’ Pad Crasher Frog and the other two came on a black Stanley Top Toad.

“The reason I switched to the Top Toad was because the fishing slowed down and I wanted to give them something they had to react to,” says Faucett. “I threw it on a high-speed Quantum S3 Tour reel with 7-to-1 ratio. The high-speed reel gave them as little time as possible to think about it.”

Faucett says he caught around 30 fish throughout the day.

“They loved the frogs – after a while it was about sifting through the keepers,” said Faucett.

Jason Sandidge of Centerton, Arkansas, brought a 5-pound, 12-ounce bass to the scale – the heaviest of the event in the Boater Division – and earned the day’s Boater Big Bass award of $885. 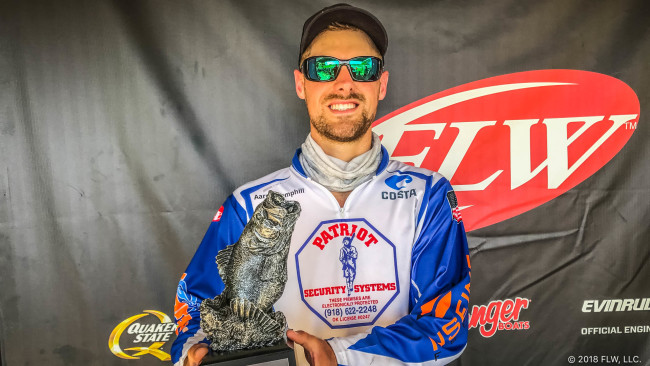 Wyatt Asbill of Gans, Oklahoma, caught the largest bass in the Co-angler Division weighing in at 4 pounds, 5 ounces. The catch earned him the day’s Co-angler Big Bass award of $221.

The top 45 boaters and co-anglers in the region based on point standings, along with the five winners in each qualifying event, will be entered in the Oct. 25-27 BFL Regional Championship on the Lake of the Ozarks in Osage Beach, Missouri. Boaters will compete for a top award of a Ranger Z518C with a 200-horsepower Evinrude outboard and $20,000, while co-anglers will fish for a new Ranger Z518C with a 200-horsepower Evinrude outboard.