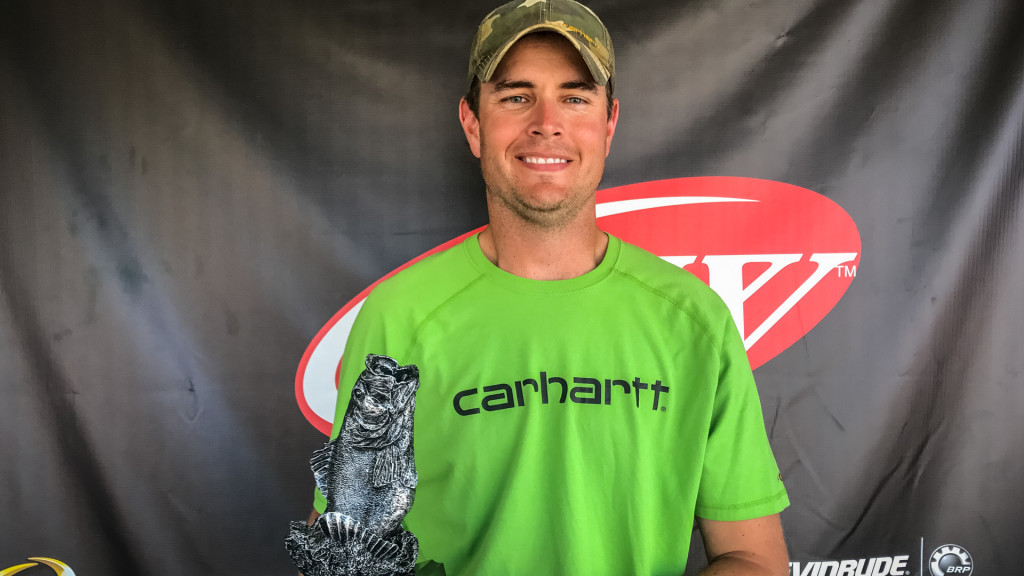 “I spent my tournament fishing on the lower end of the lake, near the dam,” says Johnson, a former FLW College Fishing angler who earned his first career win in BFL competition. “At my first spot, I fished for an hour and a half but only caught one 2-pounder. I moved to my second area and within 30 minutes I had my tournament weight.”

Johnson said that he fished rock piles where the post-spawn fish were setting up, in 15- to 20-feet of water. He credited an unnamed green-pumpkin-colored football jig with a Zoom Brush Hog and a Carolina-rigged green-pumpkin Brush Hog as his key baits.

“I caught around 20 keepers, but the fish were post-spawn and not looking so good,” Johnson says. “I felt that if I kept them in my livewell much longer I would lose them. So, I decided to end my tournament around 11:30 and weigh what I had in order to keep my fish alive and avoid any penalties.

“That decision to weigh-in early ended up winning me the tournament,” Johnson continued. “If I would have waited, one or two may have been deceased and I would have gotten a dead-fish penalty, which would have cost me the win. My BassCat and Mercury were crucial to making the long run back to weigh-in and keeping my fish alive.”

Josh Poirop of Canadian, Oklahoma, caught a bass weighing 5 pounds, 7 ounces – the heaviest of the event in the Boater Division – to earn the Boater’s Big Bass award of $850. 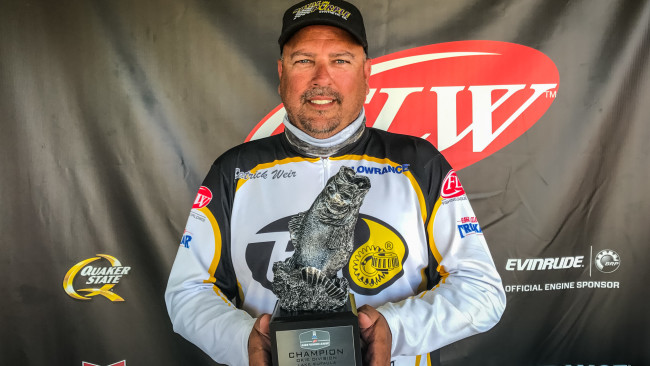