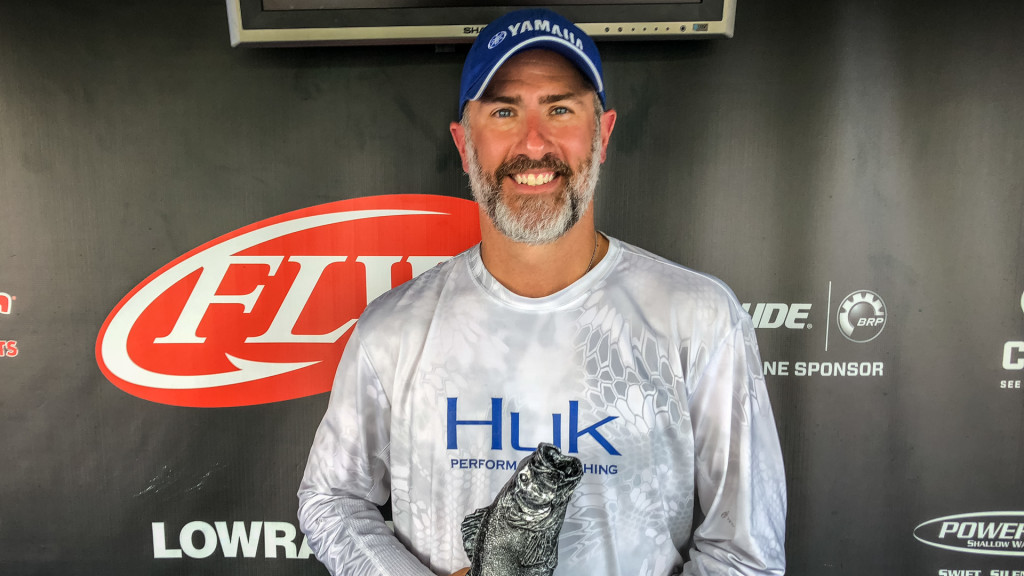 “I was fishing up the Roanoke River – between the State Park and the bridge,” says Tilley, who earned his first career win in BFL competition. “I was fishing the bank and everything that I caught was coming in less than 2 feet of water.

“There is a unique type of fishing here that a lot of the locals know about,” Tilley says. “The shad spawn at night – between 11 p.m. and 3 a.m. – and the bass sit on the rocks and you can throw a topwater bait and they will just annihilate it. With the cloudy conditions on Saturday morning, I knew the leftover fish from the night time would stay there and that they would come into play.

“I had most of my weight by 10:30-11 (a.m.),” Tilley goes on to say. “All of my fish came on a blue and silver-colored Lucky Craft Sammy, although I did catch one smallmouth on a swimbait. The key was that you had to be dead up on the bank to catch them. After 12:30 I went deeper and tried to fish ‘big fish’ areas, but I never did upgrade.”

Funk caught a bass weighing 4 pounds, 14 ounces – the heaviest of the event in the Boater Division – to earn the Boater’s Big Bass award of $615. 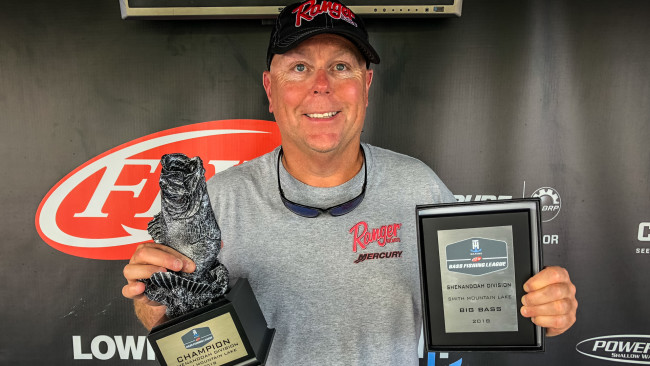