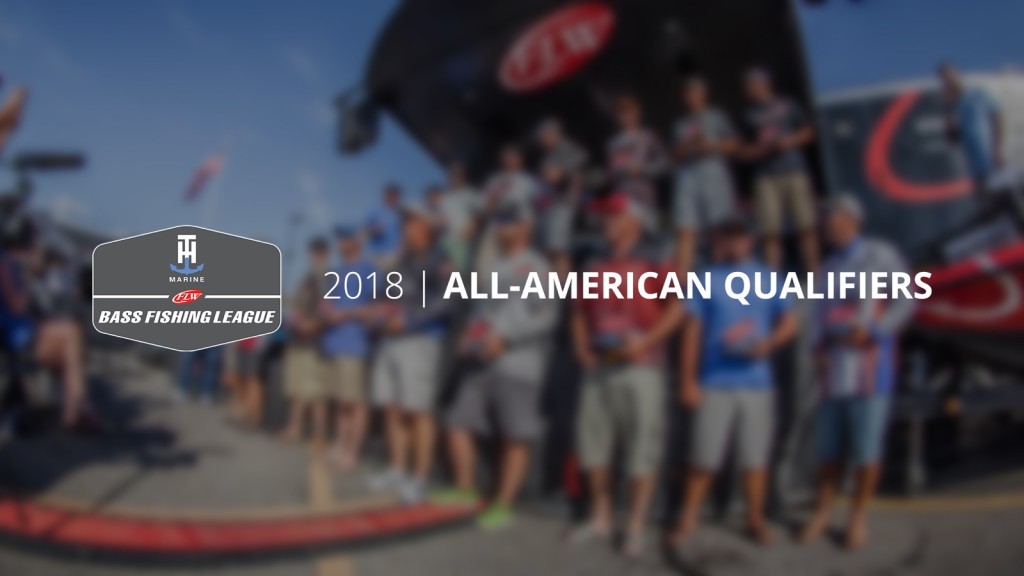 The T-H Marine FLW Bass Fishing League (BFL) All-American is one of the oldest and most prestigious championships in bass fishing, and just qualifying to fish it is a feat.

To get to the 2018 All-American required a long, successful tournament run. It started with BFL qualifying events in 2017, where the top anglers earned spots at six BFL Regionals that were held in the fall. The top six boaters and co-anglers at each Regional qualified for the All-American. A BFL Wild Card event was held after the Regionals for anglers who failed to qualify for a Regional but met other criteria. The top six boaters and co-anglers at the Wild Card also qualified for the All-American. Finally, seven boaters and seven co-anglers from The Bass Federation, who fought their own season-long qualifying battle, earned berths into the All-American by finishing atop their respective TBF divisions at the 2018 TBF National Championship.

What follows is a complete list of boater and co-angler qualifiers, organized by qualifying route.