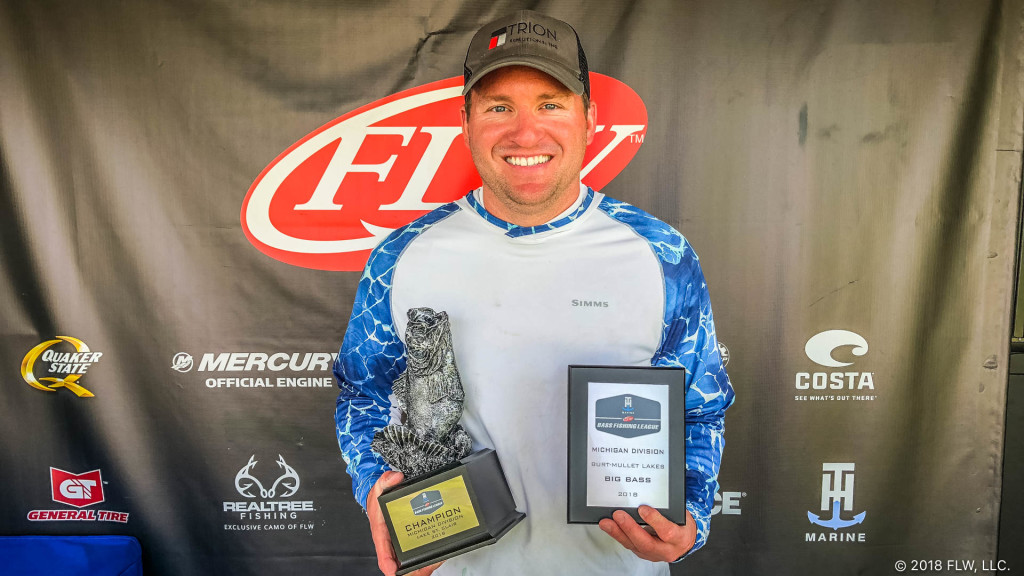 Belletini says he spent his day sight-fishing on both Mullet and Burt lakes. He fished around 12 beds, and caught a total of eight fish throughout the tournament.

“I ended up weighing three fish from Mullet and two from Burt,” says Belletini, who earned his second career win in BFL competition. “I fished really clean. I didn’t go to my biggest fish first. I went to the obvious fish that I thought people would know about and worked my way from there, but no one was around so I didn’t have to compete with anyone.”

Belletini says his bait of choice was a white Nemesis Goby on a drop-shot.

“I go through hundreds of those Gobys bed-fishing in the spring – they are the best smallmouth bed-fishing baits made,” says Belletini. “I also used a flogger underwater viewing device. It was wrapped in black to block the light out, which is good for tougher conditions like we had Saturday.”

Belletini caught the biggest fish of the event – a 5-pound, 7-ouncer – on Mullet Lake in the morning.

“My co-angler did a great job netting the big one. He got right under it as it broke the surface,” says Belletini. 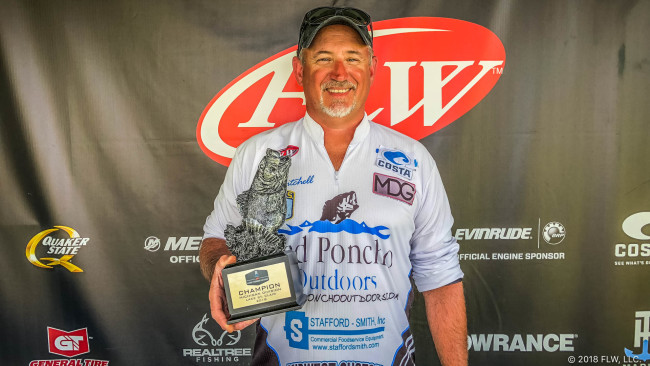 James Wathen of Royal Oak, Michigan, and Tony Mitchell of Plainwell, Michigan, tied for the win in the Co-angler Division Saturday after each catching five bass weighing 18 pounds, 14 ounces.

Eric Polenz of Maybee, Michigan, caught the largest bass in the Co-angler Division weighing in at 5 pounds, 7 ounces. The catch earned him the day’s Co-angler Big Bass award of $277.