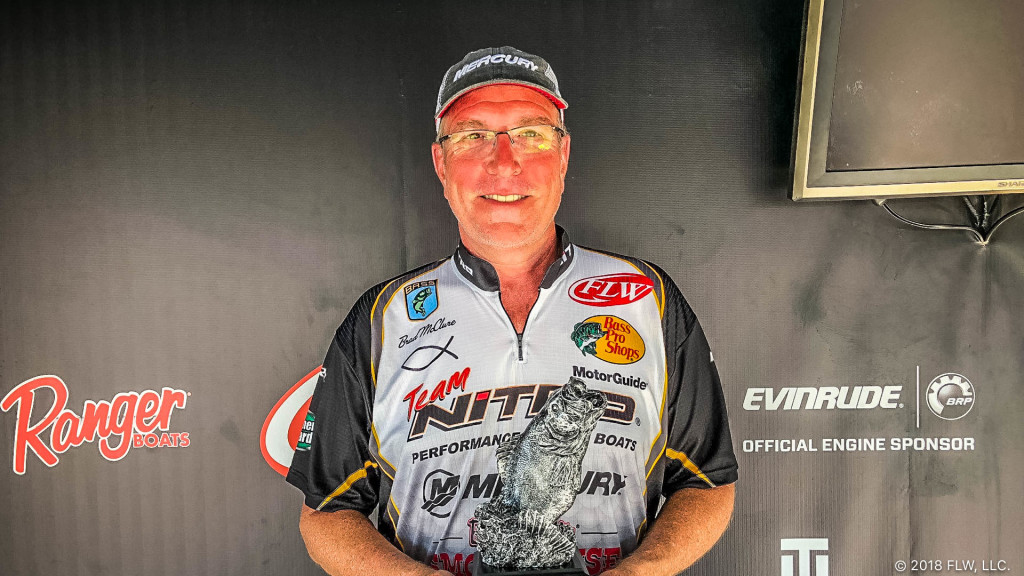 “I caught them on deep brush piles, 12 to 17 feet down,” says McClure, who earned his first career win in FLW competition. “I was on Lake Barkley, and used a plum-colored Zoom Ol’ Monster Worm.”

McClure says he caught 11 of his 12 keepers from a mid-lake area that contained several brush piles. One pile ended up producing three of his largest fish, and that he caught everything he weighed in between 8:30 and 9:10 a.m.

“I think finding the fish in that one spot with my Lowrance unit was key for me,” says McClure. “They were stacked because of the brush piles, stumps and baitfish. I put waypoints down for the individual brush piles and then used my MinnKota Ultrex Spot Lock feature to keep me stationary so I could make the same casts over and over to the piles.”

Arby Tevault of Elberfield, Indiana, brought a 6-pound, 5-ounce bass to the scale – the heaviest of the event in the Boater Division – and earned the day’s Boater Big Bass award of $535. 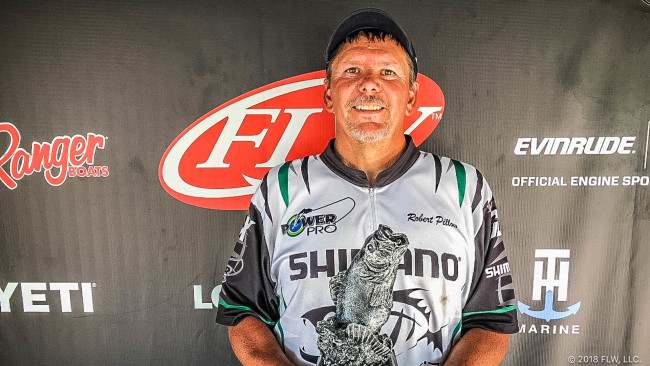 Richardson caught the largest bass in the Co-angler Division weighing in at 6 pounds, 7 ounces. The catch earned him the day’s Co-angler Big Bass award of $267.