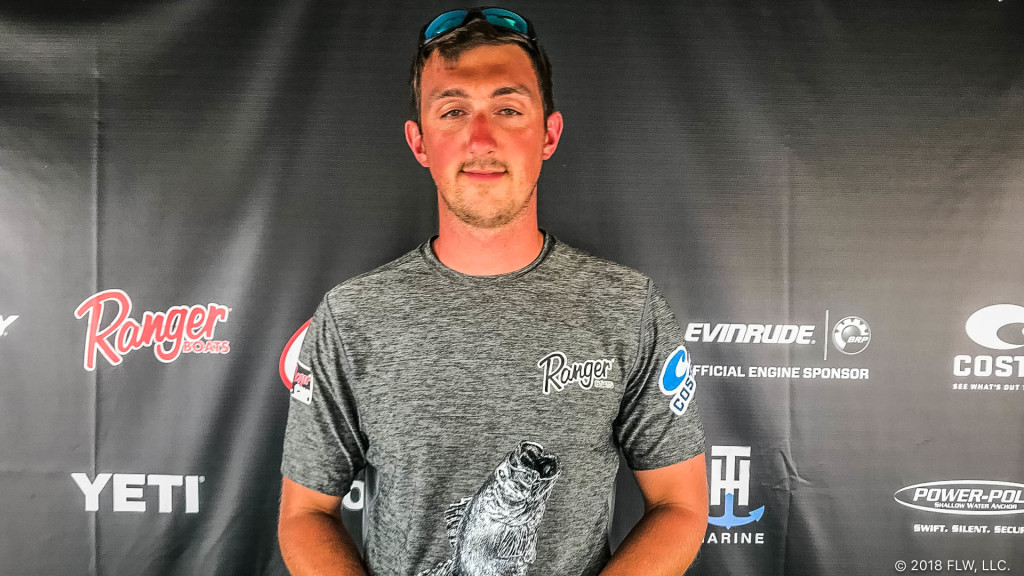 Wilson says he caught his fish along a 150-yard stretch of riprap on the south side of Illinois Route 154. He fished there the entire day, catching six keepers in the process.

“I found the fish in practice Friday late in the day. I hadn’t caught a keeper all day, but around 4 o’clock I caught three good ones along that stretch,” says Wilson, who logged his first win in FLW competition. “I started there Saturday morning, but it was slow. My co-angler and I only caught one or two per hour, but every time I considered leaving, I’d catch another one. I had three around 10 (a.m.) and I decided I was going to stay there the rest of the day.”

“If you used anything heavier it was really hard to keep your bait out of the rocks,” says Wilson. “Some of the fish were in 3 feet of water – close to the bank – but some of my better bites came from 6 or 7 feet down. With the light bait you had to be super patient because it’s hard to keep it down in that depth range. Basically, it was light enough to stay out of the rocks, but heavy enough to keep it down.”

Shaw brought a bass weighing 6 pounds even to the scale – the heaviest of the event in the Boater Division – and earned the day’s Boater Big Bass award of $440. 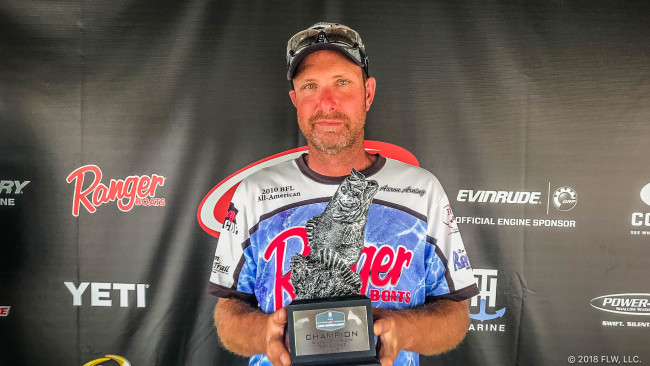 Drew Coleman of Jackson, Missouri, caught the largest bass in the Co-angler Division weighing in at 5 pounds, 8 ounces. The catch earned him the day’s Co-angler Big Bass award of $220.