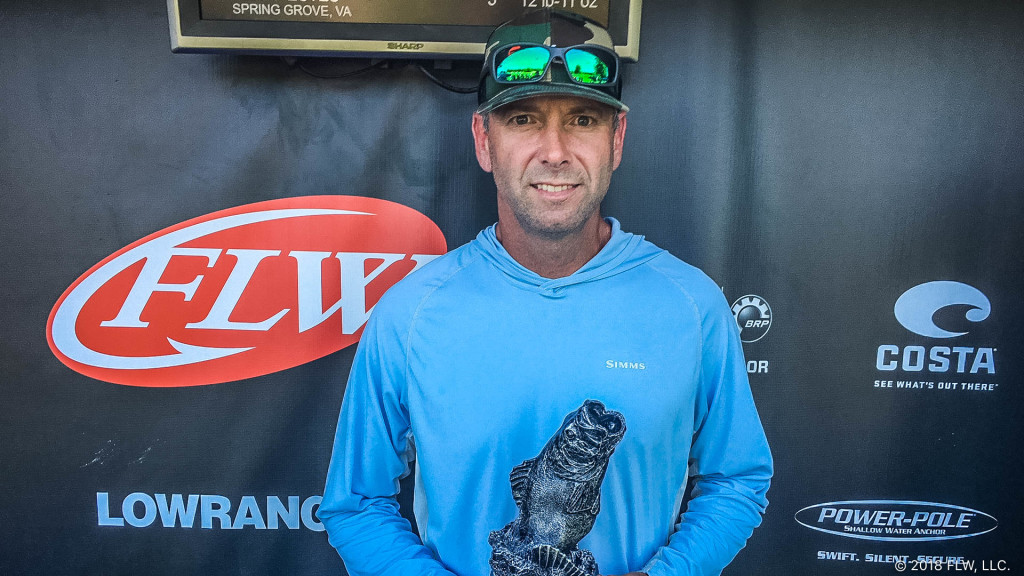 “I don’t have much experience on tidal fisheries, but I have a couple of travel partners that live there, so they helped me out a lot,” says Walters, who earned his fifth win in FLW competition. “I also got some practice in two weeks ago when the tide was at the same level.”

Following a 1-hour morning fog delay, Walters says he headed 20 miles east of takeoff to target bass in the backwaters of Herrin and Cowell Creeks. He caught fish anywhere from 3- to 10-feet deep on a 7-inch black and blue flake-colored Culprit Fat Max Worm, a shad-colored Rapala DT6 crankbait and a 6-inch Morning Dawn-colored Roboworm Straight Tail Worm on a drop-shot.

“I targeted any type of wood cover – mainly laydowns – and a few different brush piles. I fished very slowly. It was hot and there wasn’t any wind,” says Walters. “The tide wasn’t moving much when I caught most of my fish. I had to be quiet and make long casts – that’s why I picked up the drop-shot so I could cast farther and keep the bait in front of the fish longer. I think that was key for me.”

Walters ended up putting a dozen keepers in the boat by the end of the event.

“I needed this win. I’m hoping I can carry this momentum into the (Costa FLW Series) event on Lake Erie next week. Buffalo, New York, is my hometown and it’d be great to do well.”

Dulin brought a 7-pound, 8-ounce, bass to the scale – the heaviest of the event in the Boater Division – and earned the day’s Boater Big Bass award of $460. 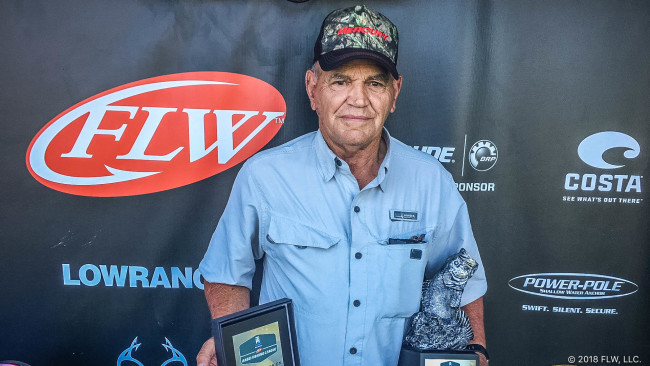 Howerton also caught the largest bass in the Co-angler Division weighing in at 5 pounds, 14 ounces. The catch earned him the day’s Co-angler Big Bass award of $230.

The top 45 boaters and co-anglers in the region based on point standings, along with the five winners in each qualifying event, will be entered in the Oct. 18-20 BFL Regional Championship on Lakes Norman in Huntersville, North Carolina. Boaters will compete for a top award of a Ranger Z518C with a 200-horsepower Evinrude outboard and $20,000, while co-anglers will fish for a new Ranger Z518C with a 200-horsepower Evinrude outboard.