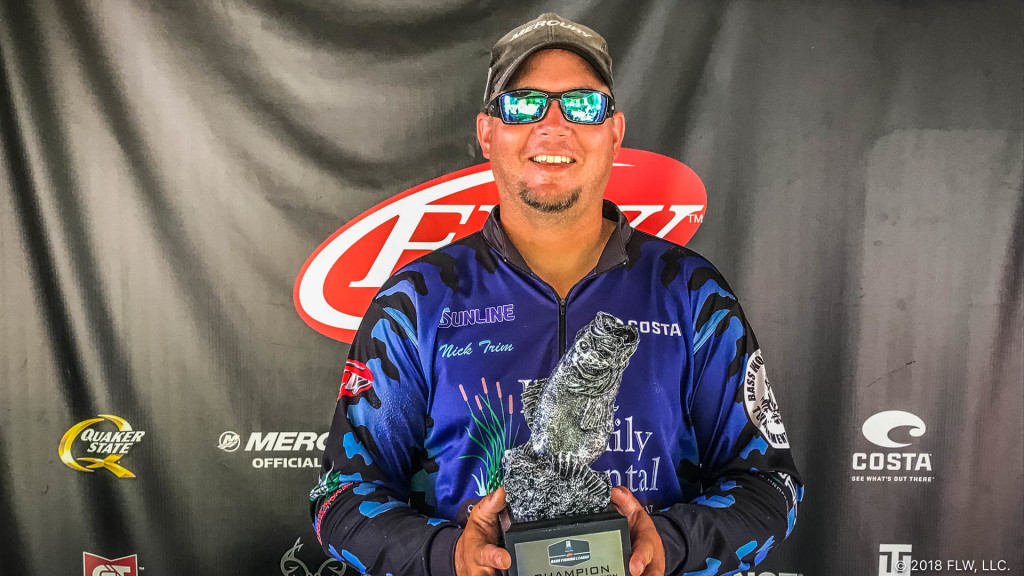 Trim worked through backwaters in Pool No. 7 to catch his fish Saturday. He says he weighed his three largemouth off of one bait – a Spro Dean Rojas Bronzeye 65 frog, in Barney and Red Ear colors.

“My areas had really thick weed mats with sandy bottoms, which provided some nice cover for the fish,” says Trim, who tallied his first career win in FLW competition. “I didn’t get a bite at my first spot, but I have some history with those fish, so I decided to move 500 yards away and caught a 3-14 as well as a couple of smaller ones.”

At a third area, Trim wasn’t able to get one in the boat. Around 9:30 a.m., he decided to return to where he caught the 3-14 and reeled in another 4-pounder with his frog – his biggest of the day.

“I also lost a big one that rolled on my frog twice,” says Trim. “I switched to a (Missile Baits) D Bomb with a 1½-ounce tungsten weight with a Trokar flipping hook and got it halfway back to the boat, but it came unbuttoned. It was close to 5 pounds, which is a giant for the Mississippi River.”

From there, Trim returned to his first area and caught a 2-15, also on the D Bomb.

“I figured I needed one more big one, so I kept working that weed mat,” says Trim. “I got 60 yards north of where I caught the 2-15 and set the hook on a 4-pounder with the frog. I had just finished telling my co-angler that I could really use a 4-pound bite, and then it happened.”

Trim noted that his 7-foot, 3-inch Fitzgerald Stunner HD heavy rod was crucial to his success.

“The power that rod has to get bass out of heavy cover is phenomenal – it really helped me out.”

Jerry Robackouski of Joliet, Illinois, brought a 4-pound, 4-ounce, bass to the scale – the heaviest of the event in the Boater Division – and earned the day’s Boater Big Bass award of $370. 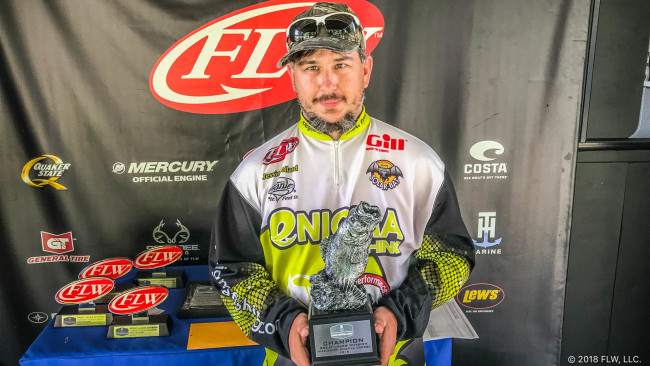 Tom Lindsay of Glenview, Illinois, caught the largest bass in the Co-angler Division weighing in at 4 pounds even. The catch earned him the day’s Co-angler Big Bass award of $365.

The T-H Marine BFL event on the Mississippi River in La Crosse, Wisconsin was hosted by the La Crosse County Convention and Visitors Bureau.