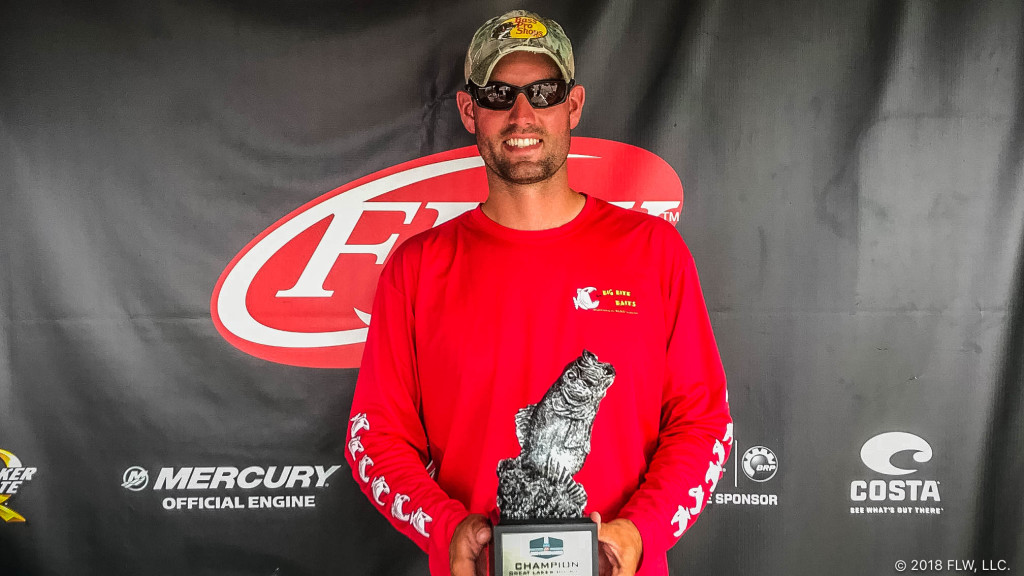 “We started off the morning with a 2-hour fog delay, and I really wasn’t sure if that was going to hurt me or not,” says Mohn, who earned his first career victory in FLW competition. “Once we got out on the water I ran to the north end of Pool 10 and caught a couple, then I locked to Pool 9 and ended up filling out my limit.

“I was burning a lot of gas and just covering a lot of water, targeting any sort of cover that created a current break – rocks, eel grass, shells. I’d start out throwing a topwater, walking-type bait, then follow it up with a homemade jig with a Big Bite Baits Yomama.”

Mohn says that he caught 8 to 10 smallmouth bass throughout the day with the topwater and the jig each producing about half of his catch. He says that the color pattern of his jig and craw was crucial to his win, but declined to divulge his secrets with a few tournaments left on the river this season. He credits his equipment setup as being the key to his win.

“I was power-fishing and having to make extremely long casts, so the Denali rods spooled with Sunline line that I was using was the absolute right set up for me,” Mohn says. “I also changed out the hooks on my topwater with Gamakatsu treble hooks and once they bit I was able to keep them buttoned up much better.”

Ellefson caught a bass weighing 5 pounds, 13 ounces – the heaviest of the event in the Boater Division – to earn the Boater’s Big Bass award of $590. 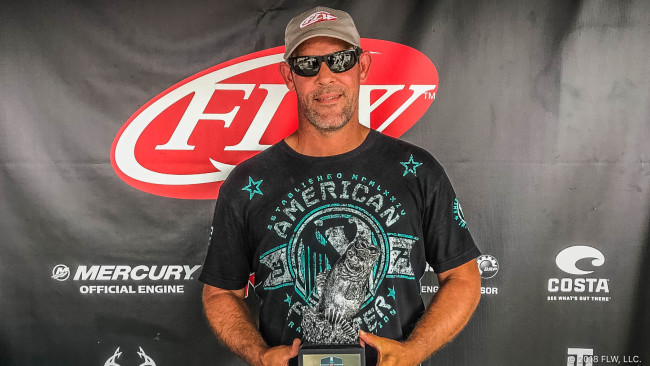 Chad Schultz of Rockton, Illinois, won the Co-angler Division Sunday after catching a five-bass limit weighing 12 pounds even. Schultz earned $2,118 for his victory.

Tom Lyskawka of Arlington Heights, Illinois, earned the Co-Angler Big Bass Award of $295 after bringing a bass weighing 4 pounds, 6 ounces to the scale.