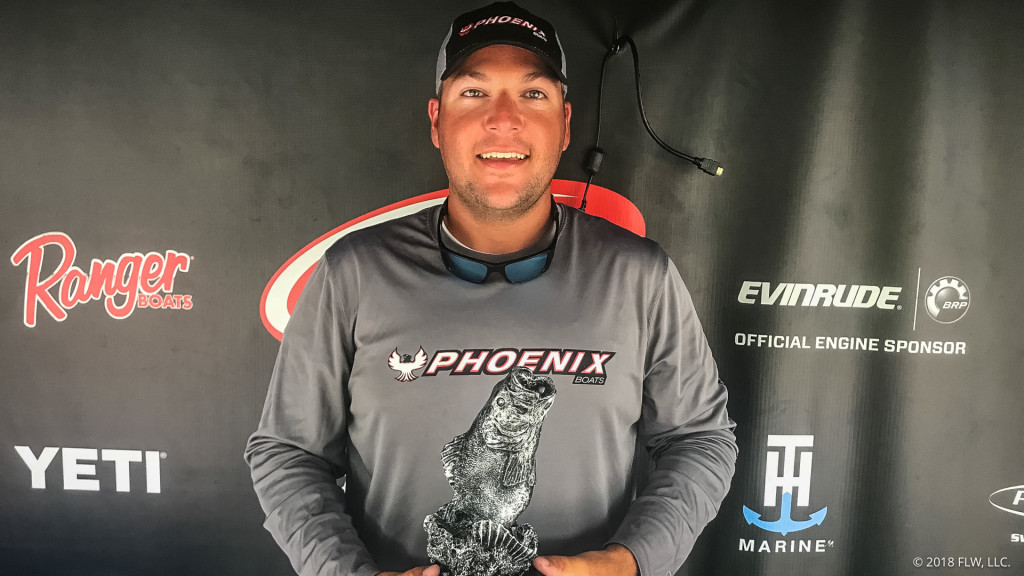 Trent says he picked apart mid-lake areas in 20 to 50 feet of water each day.

“Each day I caught a couple on a (6-inch, dark-colored) Zoom Trick Worm on a drop-shot and a couple throwing topwater baits, but most of my fish I weighed came on a custom jig,” says Trent, who notched his first win in FLW competition. “Basically I used the drop-shot and different topwater baits to get a limit and then used the custom jig. It was more about the bait rather than the structure in my areas.

“I had 40 spots I could’ve hit Saturday, but only needed a few to put together a good limit,” continues Trent. “On Sunday, I ran a lot more because there was less boat pressure and I had more room to move.”

Trent used a 6-foot, 10-inch, G. Loomis E6X Casting rod with an Abu Garcia Revo SX reel for the topwater bait and an NRX Spinning rod, also fitted with an Abu Garcia reel, for the drop-shot and the jig. He estimated that he caught between 15 and 20 keepers Saturday, and even more on Sunday.

“I caught them all day on Sunday,” says Trent. “My Lowrance electronics really paid off, as well. I could see some of the fish I was catching and could cast right back to the school.”

Chris Brummett of Lynch Station, Virginia, caught a bass weighing 4 pounds, 9 ounces – the heaviest of the event in the Boater Division. The catch earned him the Boater Big Bass award of $555. 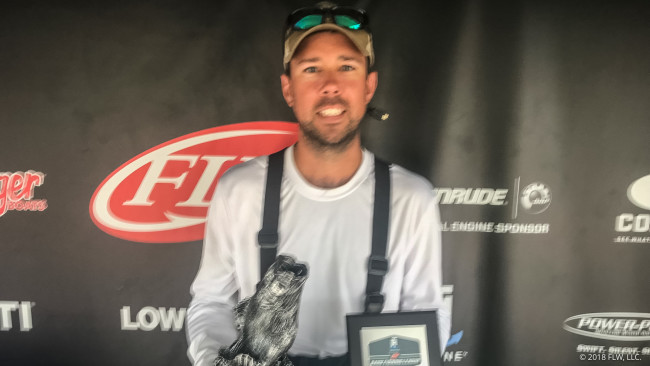 Dacey also caught the largest bass in the Co-angler Division – a fish weighing 4 pounds, 13 ounces – and earned the Co-angler Big Bass award of $277.