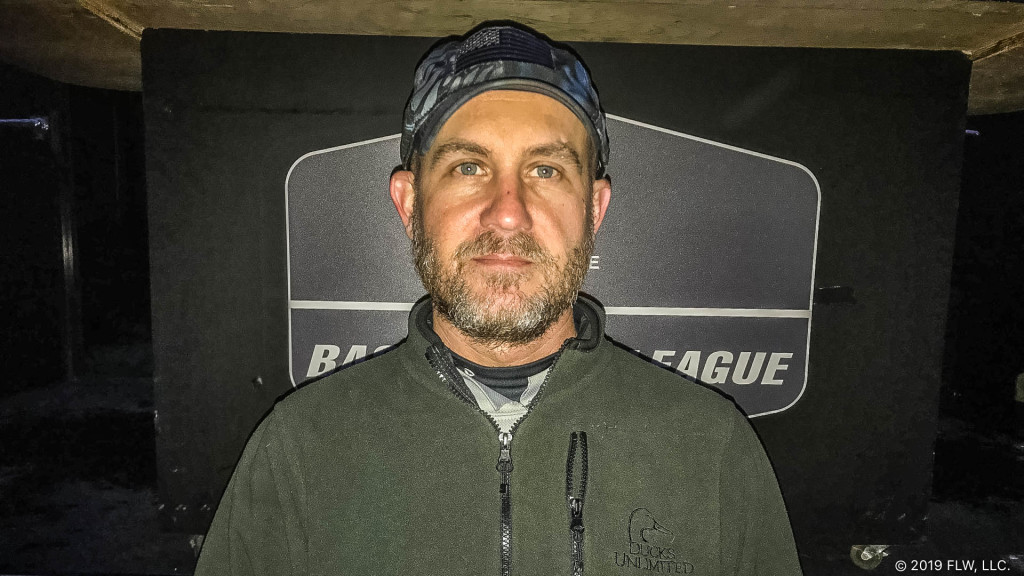 “I was hitting small underwater eddies. They were specific – I had to cast within a couple of feet to get bit,” says Aaron, who earned his second career victory in FLW competition. “It’s something I’ve been doing on the Tennessee River for years – just playing the current deal. When there’s heavy rain and the water is stained and muddy in the wintertime and early spring, it sets up the way I like to fish.”

Aaron worked through eight eddies, mid-lake, and caught 12 keepers in the process. He used a ½- and ¾-ounce black jig with a Zoom Ultra Vibe Speed Craw and custom 4- to 6-inch shad-colored swimbaits, noting that a 5-inch swimbait did especially well throughout the day.

“I just rotated through the baits as the spots reloaded,” says Aaron. “If they missed the swimbait, I’d throw the jig in there and they’d eat it – I caught three or four like that. When I’d catch one fish out of an eddy, I’d leave for 30 minutes. They were one-fish spots – they weren’t schools by any means.”

Daniel Trevino Jr. of Langston, Alabama, caught an 8-pound, 12-ounce bass – the heaviest of the event in the Boater Division – and earned the day’s Boater Big Bass award of $580. 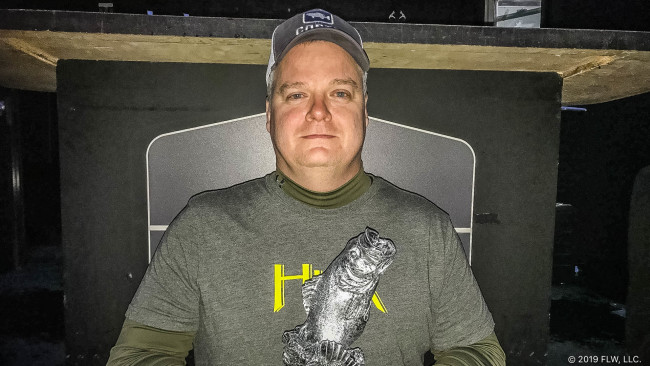 Tracey Gearlds of Tullahoma, Tennessee and Tyler Youngblood of Ooltewah, Tennessee, each caught a bass weighing 8 pounds even in the Co-angler Division – tying for the day’s largest. As a result, the duo split the day’s Co-angler Big Bass award of $290.