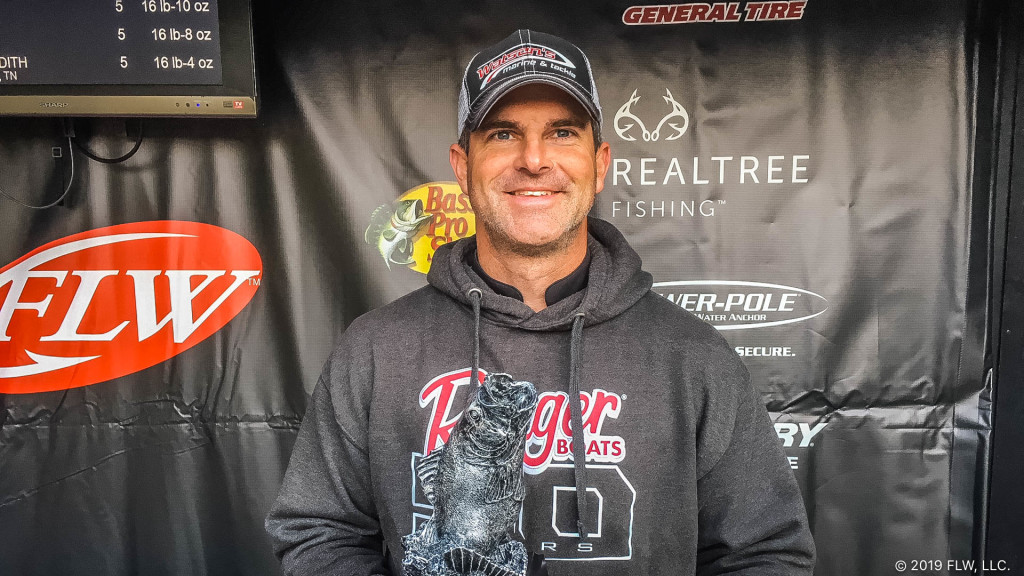 “I targeted isolated laydowns mid-lake. The area near takeoff at Tom Fuller Park was especially productive for me – I caught two over 5 pounds there,” says Mahaffey, who earned his first career win in FLW competition. “I primarily ran shallow cover off the bank, but capitalized on the deeper stuff that was maybe 50 to 75 yards off of the bank, if I saw it. I probably hit around 25 pockets, but targeted just a handful of trees – many only had one tree in them.”

Mahaffey says he leaned on two custom baits from Jerry’s Bait Shop in Rockwood to put together his limit – a ½-ounce and a ¾-ounce double-willow spinnerbait with white and blue coloring, each with a chartreuse Zoom Split Tail trailer.

“The shallower bites came from 6 to 8 feet down. You had to fish the ends of the trees – when the spinnerbait kind of came out of the tree and fell off the end, that’s when you’d get a bite,” says Mahaffey. “The deeper cover off the bank behind me was in 8 to 10 feet of water. That’s when I’d switch to the ¾-ounce [spinnerbait] and really let it sink down and get to the base.”

Mahaffey ended up catching 10 keepers throughout the day.

“Both of these patterns were fishing extremely slow – you really had to slow roll the spinnerbaits to get a bite,” says Mahaffey.

Knight caught a 5-pound, 13-ounce bass – the heaviest of the event in the Boater Division – and earned the day’s Boater Big Bass award of $380. 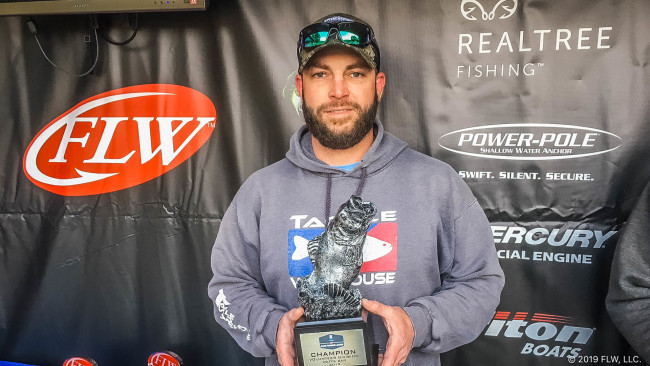 Brian Miller of Calhoun, Georgia, caught the largest bass in the Co-angler Division, a fish weighing in at 5 pounds, 10 ounces. The catch earned him the day’s Co-angler Big Bass award of $190.