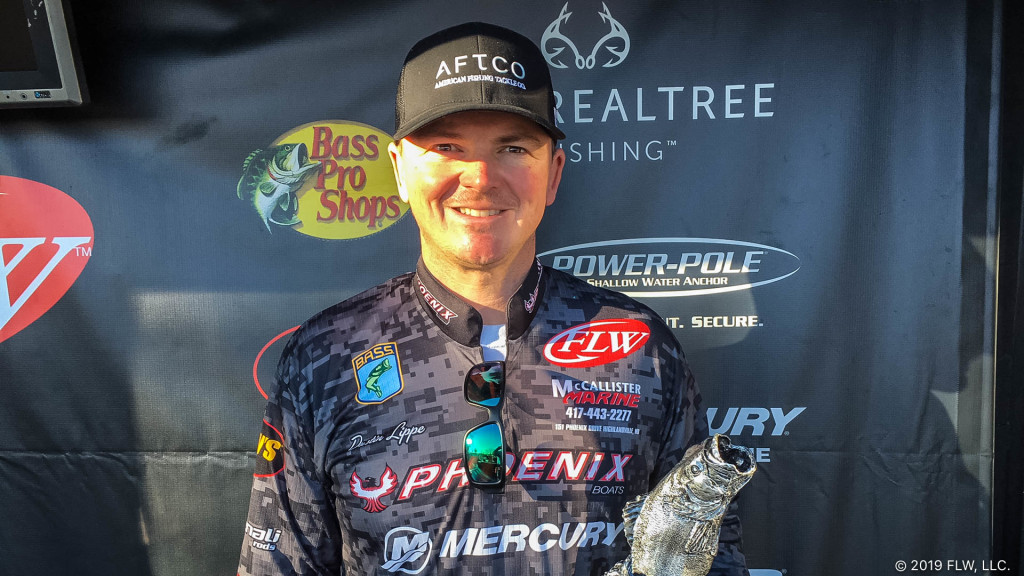 Dustin Lippe of Lampe, Missouri, caught five bass weighing 17 pounds, 15 ounces, Saturday to win the T-H Marine FLW Bass Fishing League (BFL) Ozark Division tournament on Table Rock Lake. Lippe earned $6,229 for his efforts and 250 points in the Ozark Division presented by Bassing Bob standings. Should he go on to win the division’s Angler of the Year title, he will earn another $3,000.

“I was targeting standing pole timber in the 25- to 35-foot range,” says Lippe, who now has back-to-back victories in BFL Ozark Division competition on Table Rock Lake. “I decided to fish out deep on the main-lake and main-river points because of the weather we had on Saturday – bluebird skies and no wind.

“I had around 13 keepers on the day. I ran a lot of spots andI probably burned around 40 gallons of gas,” continues Lippe. “I weighed a mixed bag – one smallmouth, one Kentucky bass and three largemouth.”

“The rod was pretty crucial – you could really feel them load up on it,” says Lippe. “Once the wind picked up I also caught a good one – a 5-pound, 1-ounce largemouth – on an umbrella rig with [Albino Shad-colored] Zoom Swimmin' Super Fluke Jr. swimbaits.”

Medina caught a bass weighing 6 pounds even – the heaviest of the event in the Boater Division – and earned the day’s Boater Big Bass award of $815. 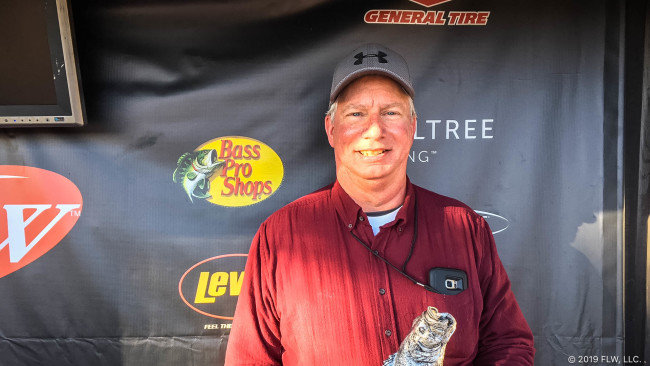 Johnny Ward Jr. of Waynesville, Missouri, caught the largest bass in the Co-angler Division, a fish weighing in at 6 pounds, 6 ounces. The catch earned him the day’s Co-angler Big Bass award of $407.

The tournament was hosted by ExploreBranson.com.

The top 45 boaters and co-anglers in the region based on point standings, along with the five winners in each qualifying event, will be entered in the Oct. 24-26 BFL Regional Championship on Grand Lake in Grove, Oklahoma, presented by Mercury. Boaters will compete for a top award of a Ranger Z518L with a 200-horsepower outboard and $20,000, while co-anglers will fish for a new Ranger Z518L with a 200-horsepower outboard.