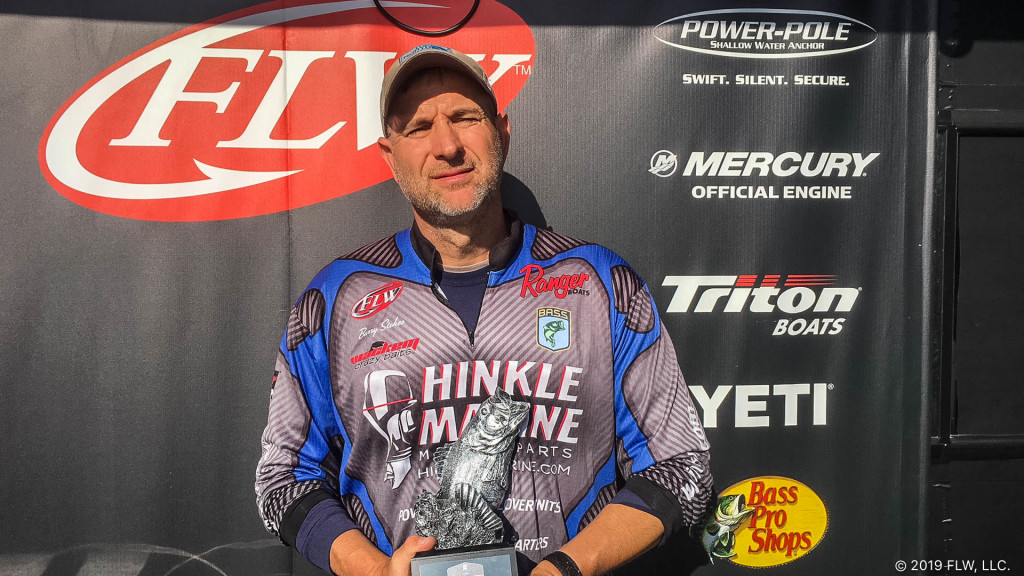 “I decided to go into the tournament with an open mind and follow the first bite," says Stokes, who earned his first career win in FLW competition. “My co-angler caught a 3½-pounder deep on a seawall. From that, I started learning what I needed to do. I picked up my jig and started flipping and within 30 minutes I got my first bite – also a 3½-pounder. I figured out that I needed to work the rocks where shallow and deep water met.”

Stokes says most of his fish were caught in 3- to 4-feet-of-water, mid-lake, around the Highway 44 bridge. He caught nine keepers during the tournament with a ¼- and 3/8-ounce, black and blue-colored Underground Tackle jig. He paired each with different colored trailers depending on water clarity – green-pumpkin for clearer water and black and blue for stained.

“I caught some around seawalls that had wood adjacent to them, and some around docks,” said Stokes. “I also caught one on a [Carolina-rigged, green-pumpkin-colored] Zoom Lizard, about seven feet down, around pea gravel and rock mix – that was my deepest.”

Jones caught a 6-pound, 1-ounce bass – the heaviest of the event in the Boater Division – and earned the day’s Boater Big Bass award of $620. 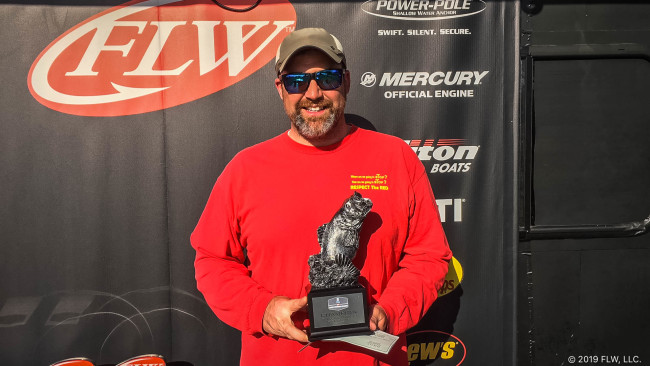 Vasquez caught the largest bass in the Co-angler Division, a fish weighing in at 8 pounds, 1 ounces. The catch earned him the day’s Co-angler Big Bass award of $310.