Benfield Looks at ‘Em on Hartwell 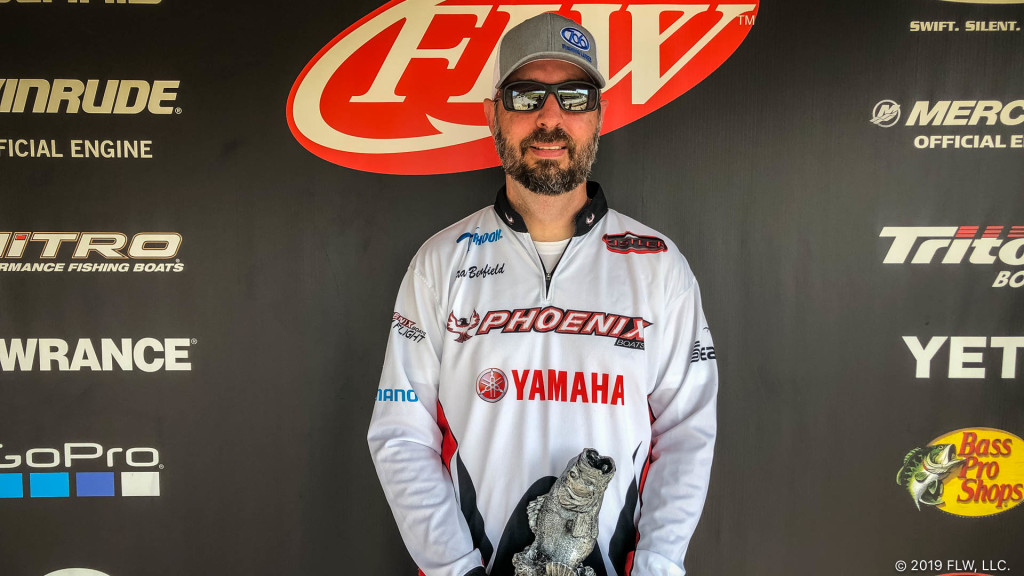 Benfield says he sight-fished for bass on the lower end of the lake near the dam on the Georgia side. He targeted main-lake pockets, and had about 20 different pockets at his disposal.

“The fish were kind of behind the grass that had been on the bank before the lake had come up – I think its dogfennel grass – in 2 feet or less of water,” says Benfield, who grabbed his first win in FLW competition. “I probably caught eight keepers. It was slow until midday, but when it warmed about 1:30 [p.m.] until weigh-in is when I caught most of them.”

“I just flipped to the beds to get them agitated,” says Benfield. “All the fish I weighed were largemouth. I did catch a couple spotted bass, but culled those out.”

Michael Molenaar of Grovetown, Georgia, caught a 4-pound, 15-ounce bass – the heaviest of the event in the Boater Division – and earned the day’s Boater Big Bass award of $340. 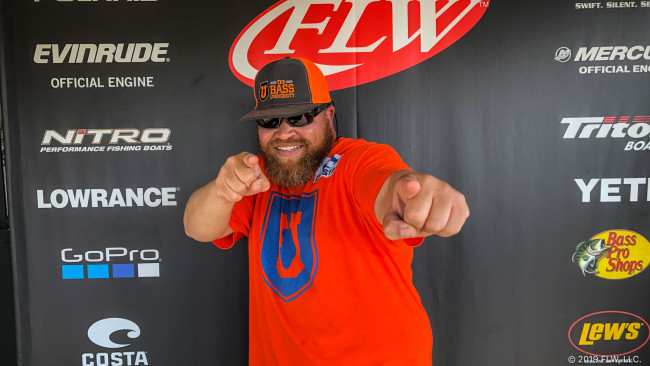 Mario Hill of Thomson, Georgia, caught the largest bass in the Co-angler Division, a fish weighing in at 5 pounds, 5 ounces. The catch earned him the day’s Co-angler Big Bass award of $170.

The tournament was hosted by Tugaloo State Park.