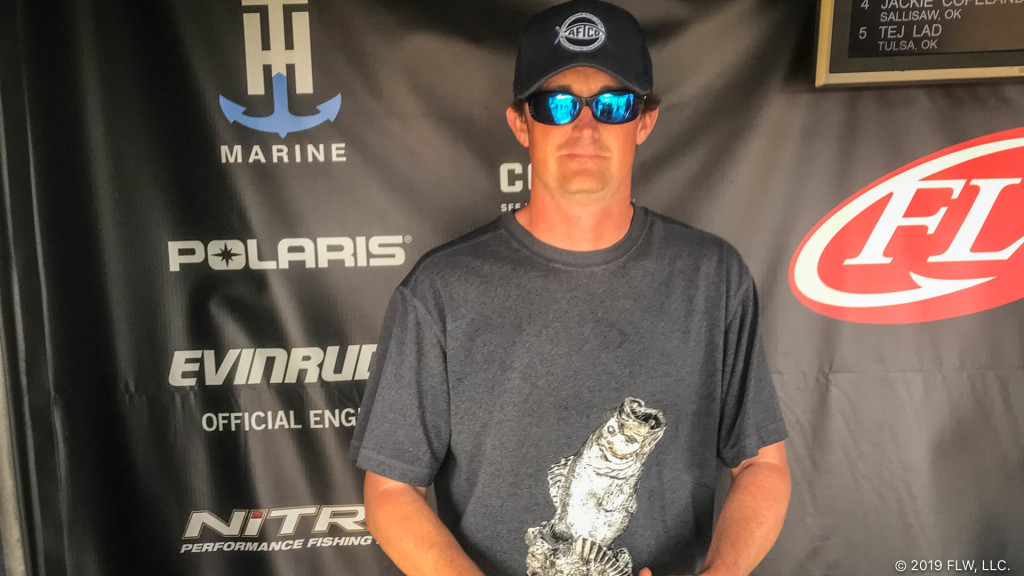 “I caught them all flipping laydowns in the backs of spawning pockets,” says Sumter, who earned his first career victory in FLW competition. “I stayed in the Webbers Falls pool and fished in the Spaniard Creek area and probably hit five different pockets. I think they were moving in to spawn, but the water was too dirty to see them.”

“My fish were in less than 3 feet of water. As soon as I’d pitch in and pick it up they’d be there, probably hitting it on the fall,” says Sumter. “I caught six keepers and weighed all largemouth. Four of my fish came by 8:30 [a.m.] and two more around noon, which culled a smaller one.”

Chris Ogan of Broken Arrow, Oklahoma, caught a 6-pound, 8-ounce bass – the heaviest of the event in the Boater Division – and earned the day’s Boater Big Bass award of $610. 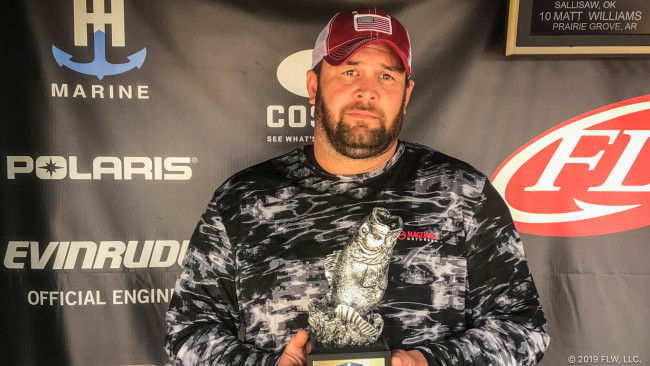 Jimmy Green of Tulsa, Oklahoma, caught the largest bass in the Co-angler Division, a fish weighing in at 6 pounds, 1 ounce. The catch earned him the day’s Co-angler Big Bass award of $305.

The top 45 boaters and co-anglers in the region based on point standings, along with the five winners in each qualifying event, will be entered in the Oct. 17-19 BFL Regional Championship on Kentucky Lake in Gilbertsville, Kentucky, presented by Evinrude. Boaters will compete for a top award of a Ranger Z518L with a 200-horsepower outboard and $20,000, while co-anglers will fish for a new Ranger Z518L with a 200-horsepower outboard.