37th BFL championship to be held in the spring 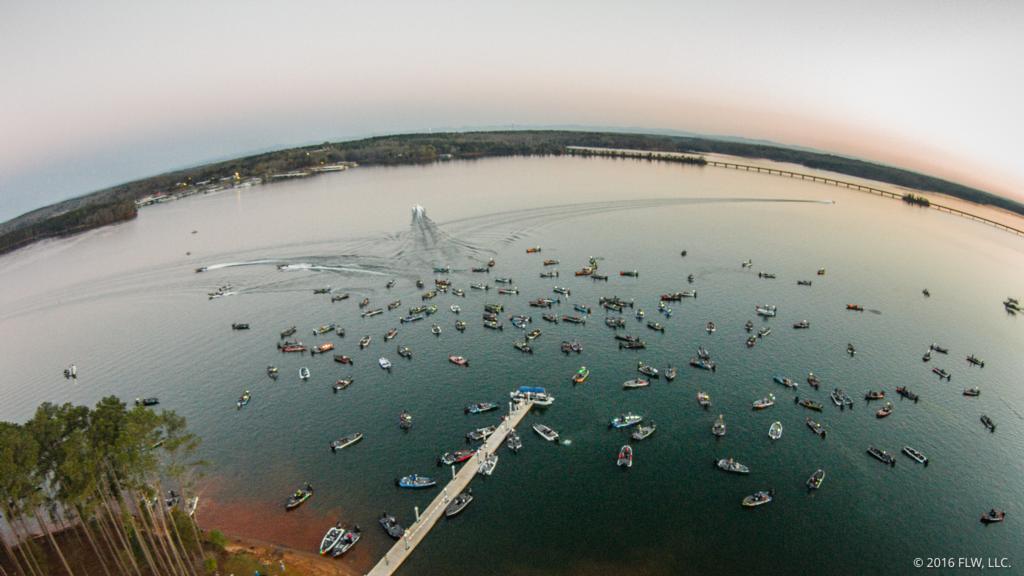 FLW announced Monday that the 37th annual T-H Marine FLW Bass Fishing League (BFL) All-American will be held on South Carolina’s Lake Hartwell in 2020. The tournament, slated for April 30-May 2, showcases the nation’s best weekend anglers and awards the winner a $120,000 cash award and an automatic berth into the FLW Cup.

“We couldn’t be more excited to be bringing the 2020 BFL All-American to Lake Hartwell,” says Kathy Fennel, FLW President of Operations. “We’ve had great success hosting tournaments in Anderson in the past and the attendance at our previous events has made bringing our All-American championship there an obvious choice. The bass fishing fans in South Carolina have always been extremely passionate and enthusiastic, and we’re proud to be bringing our championship event to them.”

“We are very excited to be able to host the great folks from FLW at Green Pond Landing, Lake Hartwell and Anderson County for the 2020 BFL All American,” says Neil Paul, executive director for Visit Anderson. “FLW has been an integral part of the growth and development of Green Pond and we are excited to have them back. FLW and the participating anglers will be welcomed by a nationally ranked facility and fishery, a community that is very supportive of fishing and a team at Anderson County and Visit Anderson that is dedicated to providing the best tournament experience in the country. This announcement is a huge win for our county.”

The T-H Marine Bass Fishing League features a boater/co-angler format, and anglers compete in four one-day events and one two-day super-tournament to qualify for a regional championship. Six regional championships, along with the BFL Wild Card tournament, each send six boaters and six co-anglers to the All-American. The top boater and co-angler from each of the seven divisions at the 2020 TBF National Championship, along with both members of the second, third and fourth-place teams at the 2020 YETI FLW College Fishing National Championship also qualify, for a total playing field of 55 boaters and 55 co-anglers.

Because BFL competitors are weekend anglers and not pros, the All-American and its lucrative cash awards present a unique opportunity for qualifiers. In addition to the $120,000 top boater award, the winning co-angler will earn $60,000 cash. In addition to the six-figure payday, the top boater will also receive an invitation to compete for bass fishing’s most coveted prize – the FLW Cup.

As the nation's leading provider of affordable, close-to-home weekend tournaments, the BFL is widely credited with opening competitive bass fishing to the masses. It also serves as a steppingstone for anglers who wish to advance to the Costa FLW Series and ultimately the FLW Tour – bass fishing's largest tournament series. Each year the top 45 boaters and co-anglers from each BFL division are eligible for priority entry into the FLW Series, and All-American champions qualify to compete on the FLW Tour. The top five pros from each U.S. division of the FLW Series, along with the International division representative at the FLW Cup are eligible to advance to the FLW Tour. Former BFL All-American champions who currently compete on the FLW Tour include Nick LeBrun (2018), Jeremy Lawyer (2016), Curtis Richardson (2015), Kerry Milner (2013) and Troy Morrow (2010).