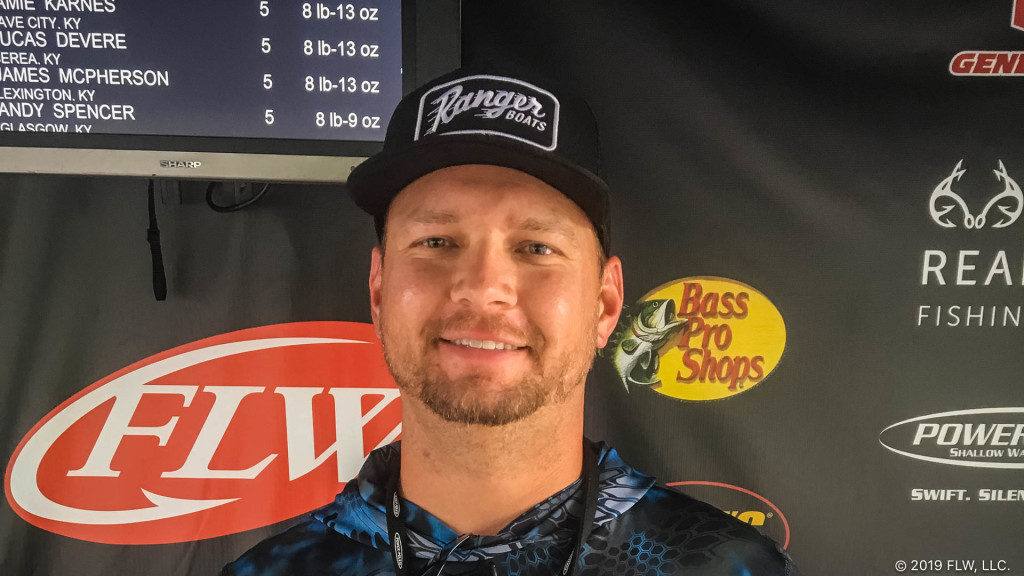 Morrison says he spent his day fishing approximately 15 different pockets mid-lake down toward the Wolf Creek Dam, about an hour from takeoff.

“The largemouth and smallmouth were still spawning,” says Morrison, who notched his first win in FLW competition. “I used a glide bait as a locator bait. Only some of them would get it, so I added a stinger hook on an inch and a half of braided line. It’s just an extra treble hook that hangs down farther in the water column to help get the fish that missed the lure’s original two hooks.

“I did the modification in practice on Friday and it helped my hookup ratio,” continues Morrison. “On Friday, out of 25 bites, I only caught 10 fish. They were only guarding the nest, they weren’t eating. But on Saturday, I was able to catch 12 keepers from 15 or 20 bites – nine smallmouth and three largemouth.”

“I also added a feather on the back hook to get them to target the hooks more rather than the bait,” says Morrison. “For fish that missed it, I followed up with a Texas-rigged, Get the Net-colored Cabin Creek Bait Company] Express Bug.”

Morrison says he ended up weighing four smallmouth and one largemouth – three from the glide bait and two from the Express Bug.

Logan Cherry of Alavaton, Kentucky, caught a 4-pound, 6-ounce bass – the heaviest of the event in the Boater Division – and earned the day’s Boater Big Bass award of $520. 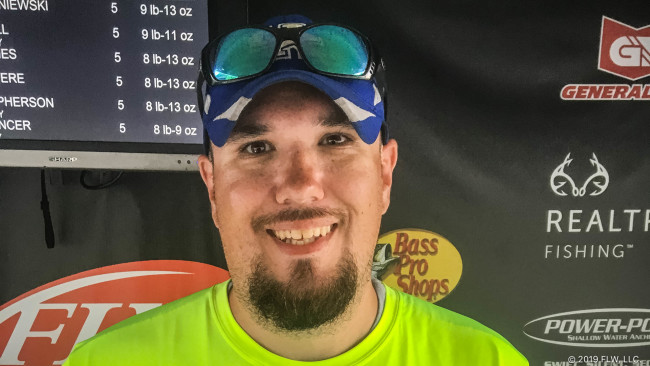 Jonathan Sydnor of Canmer, Kentucky, caught the heaviest bass in the Co-angler Division, a fish weighing in at 4 pounds, 11 ounces. The catch earned him the day’s Co-angler Big Bass award of $235.

The tournament was hosted by the Somerset Tourist & Convention Commission.