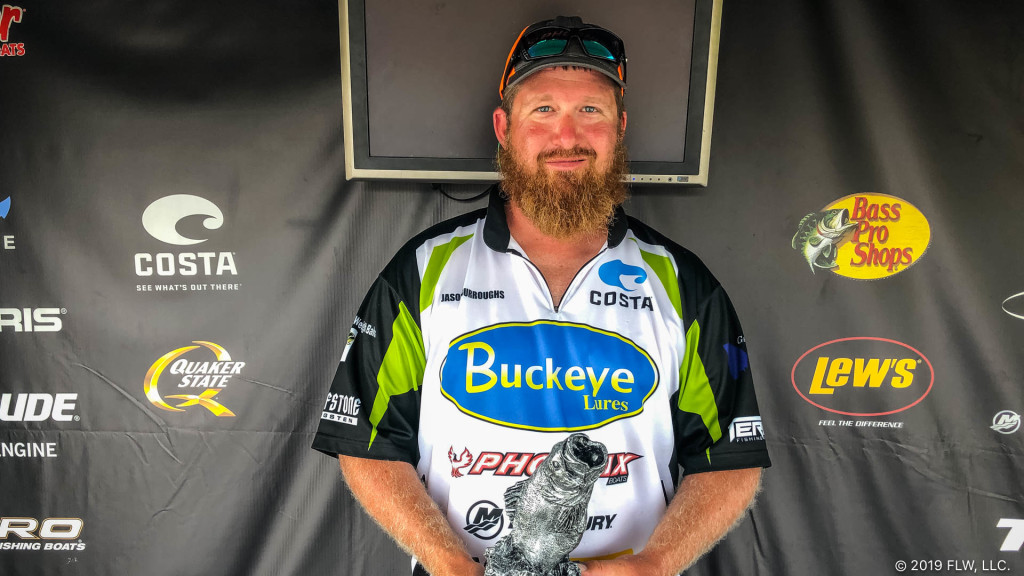 “I caught them targeting the blueback herring spawn,” says Burroughs, who earned his third career victory on Lake Hartwell in BFL competition. “It’s the very, very tail end of their spawn. The bite was extremely good in April, but it’s gotten tough. There’s only a few of us trying to do it and its fading fast.”

Burroughs focused on shallow red clay points and small pebble rock points, fishing mid-lake from near Andersonville Island to the dam. He estimates that he made 70 stops and that his fish came from less than 3 feet of water.

“I caught the majority of my keepers on a [½-ounce, brown-colored] Buckeye Lures Mop Jig with a [3½-inch, green-pumpkin] Zoom Ultra Vibe Speed Craw trailer,” says Burroughs. “I also caught some on a topwater in the same areas. I’d throw the topwater up over the point first, and if they didn’t hit it, I went with the jig on the bottom.”

“I didn’t catch a ton of fish – only about 13 all day. I think I weighed three on the jig and two on the stick – all largemouth.”

Eddie Whiten Jr. of Easley, South Carolina, caught a 4-pound, 11-ounce bass – the heaviest of the event in the Boater Division – and earned the day’s Boater Big Bass award of $375. 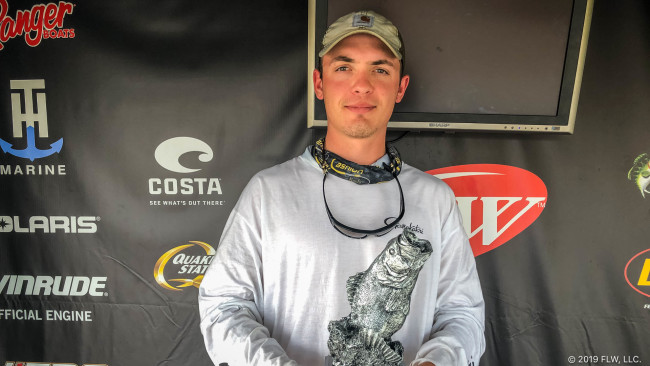 Cutshall caught the heaviest bass in the Co-angler Division, a fish weighing in at 3 pounds, 10 ounces. The catch earned him the day’s Co-angler Big Bass award of $187.

The tournament was hosted by the Anderson Convention & Visitors Bureau.