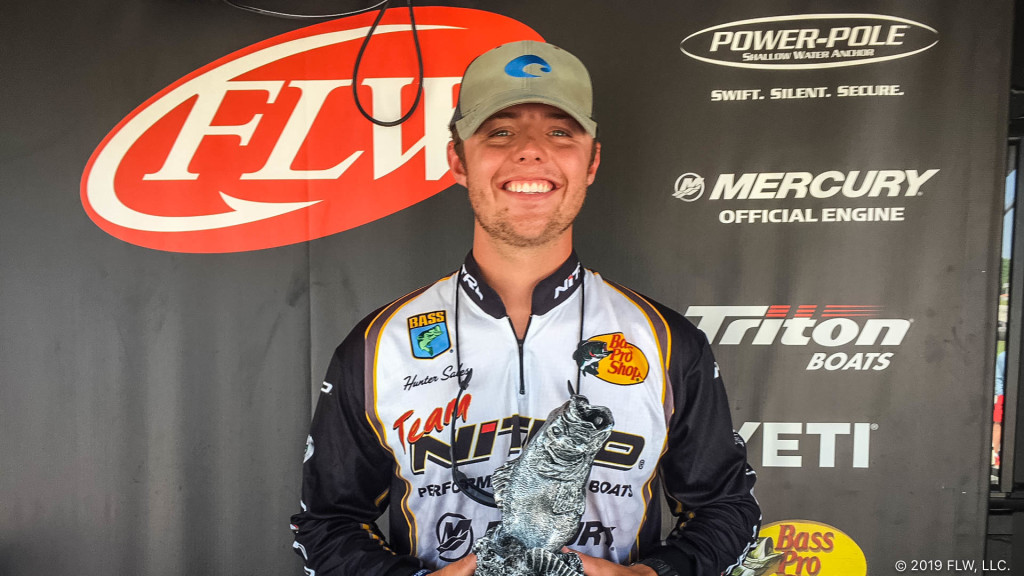 “At blast off I made a 15 minute run in my Nitro to the lower end of the lake, near the dam, and started the day on smallmouth,” says Sales, an FLW College Fishing angler who was fishing in his first career BFL tournament. “I caught probably 30 to 40 smallmouth in that first hour on a blue and chartreuse-colored Keitech 2.8 swimbait. I had around 12 pounds by 10 a.m., so I left and spent the rest of the day looking for big largemouth.

“I ended up catching around 15 largemouth, and brought a limit in consisting of two smallmouth and three largemouth,” Sales continues. “I was fishing in the backs of any pocket that I could find on the lake with a swim jig and a Big Bite Baits paddletail swimbait trailer, skipping it underneath overhangs and docks.”

Although Sales weighed in just two smallmouth, he credited the brown fish as being the key to his victory.

“The key for me was really that limit of smallmouth early,” Sales went on to say. “It helped to settle me down and allowed me to fish shallow the rest of the day, just searching for those big bites. It took the pressure off and I was able to fish relaxed.”

Kevin Edwards of Knoxville, Tennessee, caught a 4-pound, 7-ounce bass – the heaviest of the event in the Boater Division – and earned the day’s Boater Big Bass award of $400. 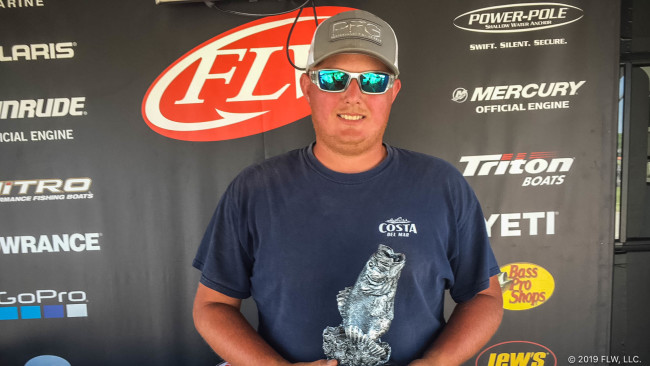 Harris also caught the largest bass in the Co-angler Division, a fish weighing in at 3 pounds, 14 ounces. The catch earned him the day’s Co-angler Big Bass award of $192.

The top 45 boaters and co-anglers in the region based on point standings, along with the five winners in each qualifying event, will be entered in the Oct. 3-5 BFL Regional Championship on Lake Hartwell in Walhalla, South Carolina. Boaters will compete for a top award of a Ranger Z518L with a 200-horsepower outboard and $20,000, while co-anglers will fish for a new Ranger Z518L with a 200-horsepower outboard.