Thompson Takes It to Potomac 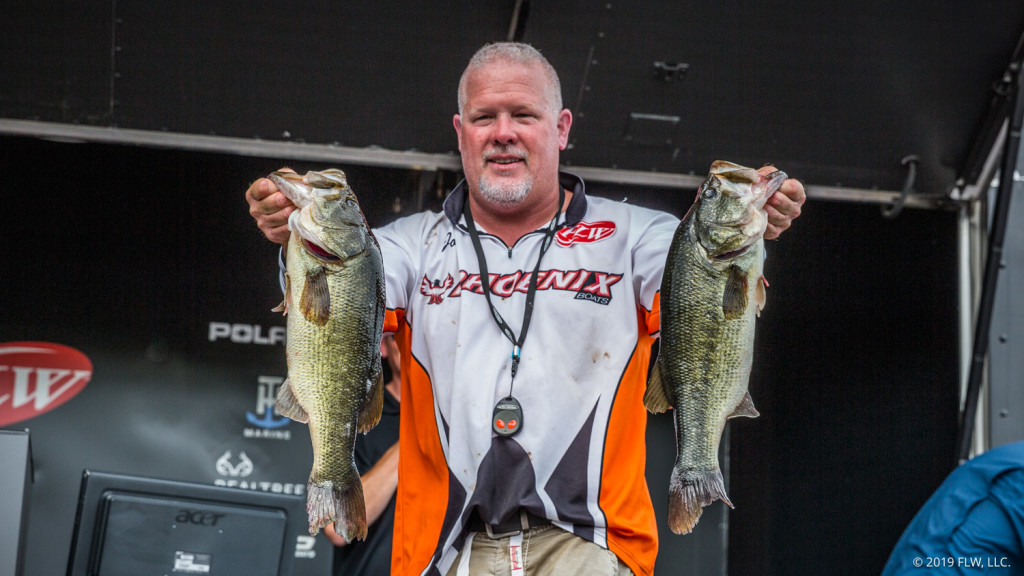 Joseph Thompson got after it on the Potomac River to the tune of 16 pounds, 8 ounces to take the day-one lead at the T-H Marine Bass Fishing League (BFL) All-American, which is presented by General Tire. Hailing from Coatesville, Pa., Thompson came out of the Northeast Division and won last fall’s Regional on the nearby Chesapeake Bay.

“I definitely was hoping to do this, but I was really concerned,” says Thompson of his strong start. “This is my first All-American, and I was really nervous. I haven’t slept well for months.”

Though Thompson started his day watching Lloyd Pickett Jr. load the boat while he struggled, he turned things around pretty quickly.

“I had a spot that I found in pre-practice with a lot of big fish – a lot – and I didn’t think it was going to hold up,” says Thompson of his starting area. “But, I hit it real quick at the end of the practice day yesterday and I caught a 3-pounder. I went there first thing this morning, and I had it to myself, but they just weren’t eating for me, and I spent a lot of time on it. I checked it five or six times and they were never there.” 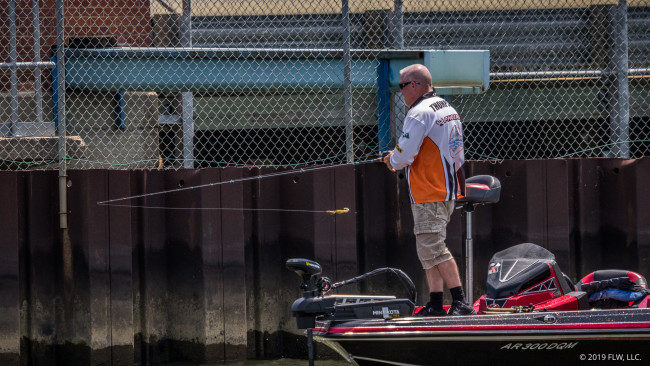 Once he gave up on his starting spot and began to leverage his Potomac history, things got good.

“I started running the river, from Pomonkey probably down to Quantico, and I just bounced around,” says Thompson, who has one previous BFL win on the Potomac. “Once I had a decent limit, I tried to spend my time where big fish live, and I caught one 4-pounder and lost one.

“I was culling by 8:30, and I culled three or four times, but just by ounces until I caught my bigger ones,” adds Thompson. “I feel good about tomorrow; my two primary spots I left, I feel like there are still big fish there. It’s tough getting a big fish right now – real tough. Quite a few of my fish were in like 10 to 12 foot of water, and that’s kind of why I have it to myself.” 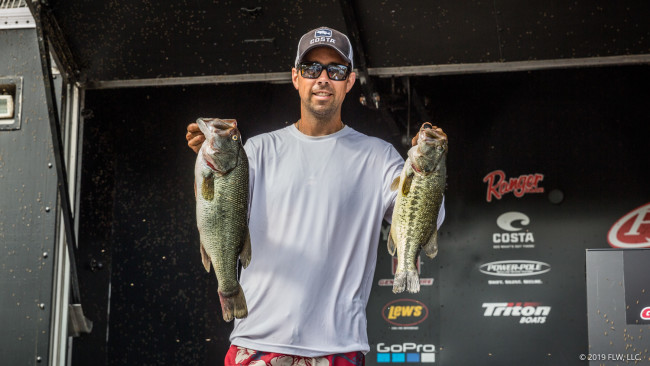 Dacey leads co-anglers with 15-plus

One of only eight co-anglers or boaters to weigh in 15 pounds or more, Ben Dacey of Chesterfield, Va., brought 15-14 to the scales to take the lead on the co-angler side. Fishing behind Cody Santel, Dacey just flat caught ‘em.

“We really caught ‘em most of the day,” says Dacey. “My boater culled a couple of times, and luckily I never had the chance to cull with the ones I caught. Everything measured by far; I didn’t even have to put anything on the board, and it was just a good day on the water.”

Dacey says he did a little bit of every typical Potomac technique, and he seems decently positioned to follow up with another strong showing tomorrow.

“My home fishery is the James River, so I fish rivers. I’m comfortable,” says Dacey. “My goal was to catch limits every day, and it happened that [my fish] were the right size today.”