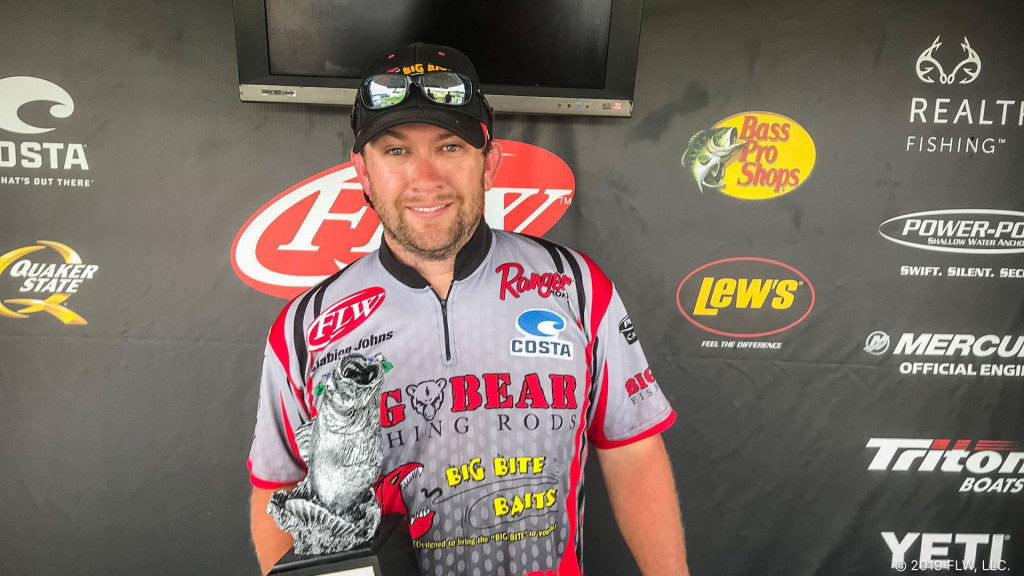 “On Friday, there was a tremendous mayfly hatch. I ran to my first stretch of bugs on Saturday, but couldn’t get a bite,” says Johns, who earned his first win in FLW compeittion. “I ran up the Chattahoochee River to above Hatchechubee Creek, but never found any active mayflies, so I turned around and went with my backup plan – flipping mixed grass. I ran three stretches where I’ve caught them in the past, which had a mix of primose, pond weed and hyacinth and really picked them apart.”

Johns says his stretches spanned from Cowikee Creek to Florence Marina, and that he flipped a Hematoma-colored Big Bite Baits Real Deal Craw with a 1½-ounce Picasso weight and 4/0-sized Owner Jungle Flippin’ hook. His set up was paired with a 7-foot, 9-inch Extra Heavy-action Big Bear rod with an Abu Garcia Revo SX reel and spooled with 65-pound-test SpiderWire Stealth braided line.

“In the morning I got a ton of bites, but couldn’t land them. It was frustrating,” says Johns. “I didn’t lose any big fish, though. The first one I put in the boat was a 5-pounder. I probably had 15 keepers throughout the day and only upgraded once in the afternoon.”

Jerome Hubbard Sr. of Albany, Georgia, caught a bass weighing 6 pounds, 15 ounces – the heaviest of the event in the Boater Division – and earned the day’s Boater Big Bass award of $272. 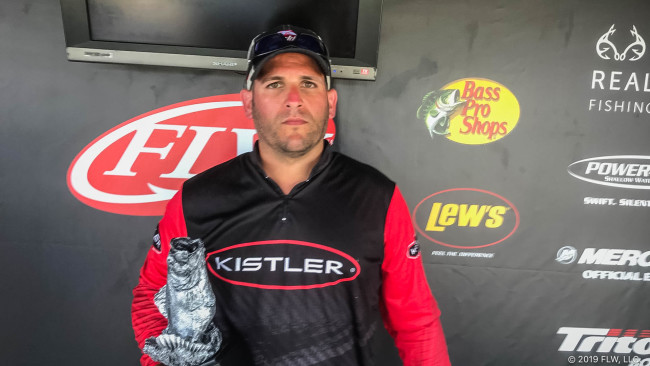 Graham caught the heaviest bass in the Co-angler Division, a fish weighing in at 6 pounds, 13 ounces. The catch earned him the day’s Co-angler Big Bass award of $272.

The tournament was hosted by the Eufaula-Barbour County Chamber of Commerce.