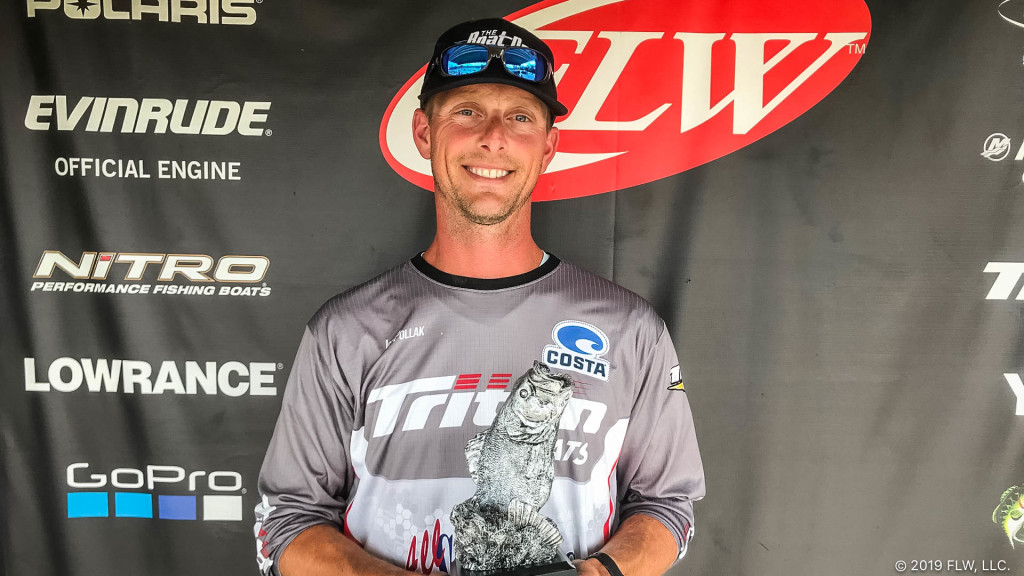 “I was able to catch a limit fairly quick fishing between the middle and the north side of Pool No. 9, south of Lansing,” says Pollak, who logged his second career victory in BFL competition – both on the Mississippi River. “I had a bunch of spots that had schools of fish on them – probably a dozen or so points that were current-related.”

Pollack fished in 1 to 5 feet of water, casting a ¼-ounce white and chartreuse-colored Dirty Jigs swimjig with a 4-inch white Zoom Paddle Tail swimbait trailer, as well as some reaction baits including a white Heddon Zara Spook Jr.

“Around 11 [a.m.], I locked back down to [Pool No.] 10 and sat on another current-related point on the north end and was able to cull out two or three fish using the same baits,” says Pollak. “I upgraded by about 2 pounds which gave me enough to win the tournament.”

Fitzpatrick caught a bass weighing 3 pounds, 13 ounces – the heaviest of the event in the Boater Division – and earned the day’s Boater Big Bass award of $425. 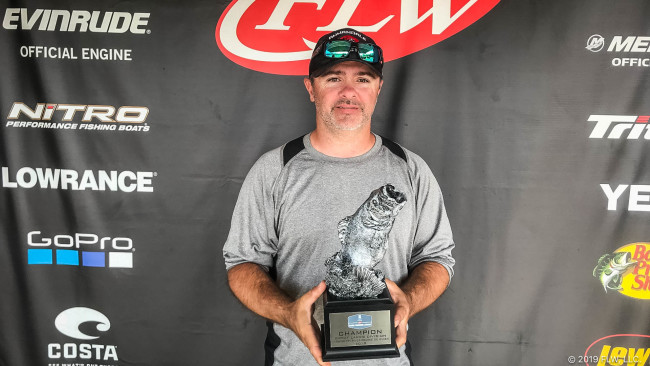 Jared Greninger of Byron, Illinois, caught the heaviest bass in the Co-angler Division, a fish weighing in at 3 pounds, 11 ounces. The catch earned him the day’s Co-angler Big Bass award of $212.