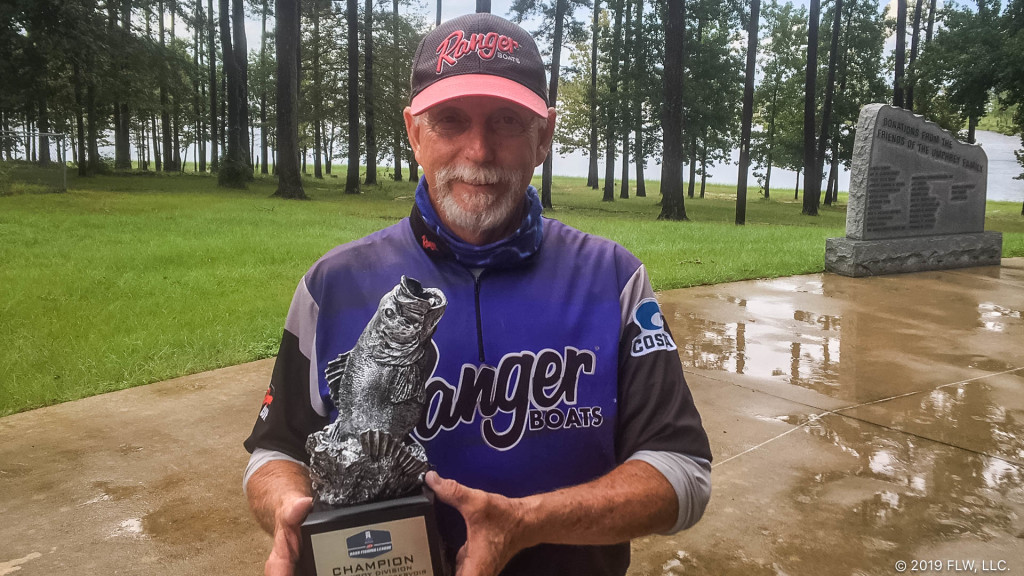 “I think the key to my win was that I stayed old-fashioned,” says Freeman, who earned his 11th career win in BFL competition. “Nowadays everyone is throwing crankbaits and Carolina rigs, and I feel like the fish hardly see Texas rigs anymore. I was up on the north end – around the Highway 147 bridge, fishing slopes and drop-offs of ridges in 15- to 20-feet-of-water.”

Freeman estimates that he caught around 25 keepers throughout the weekend – 15 on day one and 10 on day two. He targeted isolated pieces of timber and brush on the slopes with a redbug-colored, Texas-rigged Mister Twister worm with a ½-ounce Elite Tungsten weight.

“I just slowed down and bumped the timber with the heavy weight,” Freeman says. “I was able to find the little pieces of timber using my Lowrance unit, and just soak the worm in the little bitty brush. The bites were very sensitive, and my Lews rod and reel combos made a big difference in allowing me to detect those subtle bites.”

Pinkston caught an 8-pound, 8-ounce bass – the heaviest of the event in the Boater Division – and earned the event’s Boater Big Bass award of $825. 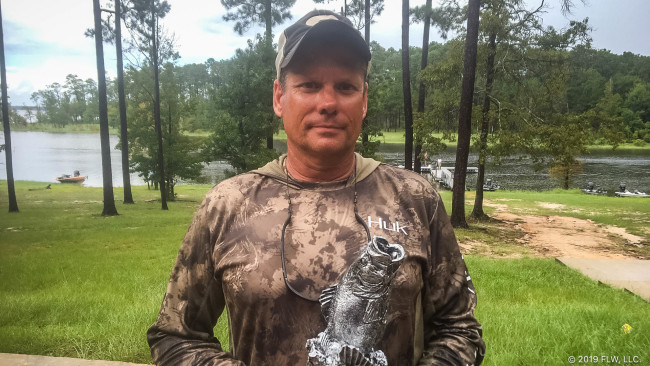 Garrett Tunks of Sulphur, Louisiana, caught the largest bass in the Co-angler Division, a fish weighing in at 7 pounds, 15 ounces. The catch earned him the event’s Co-angler Big Bass award of $412.