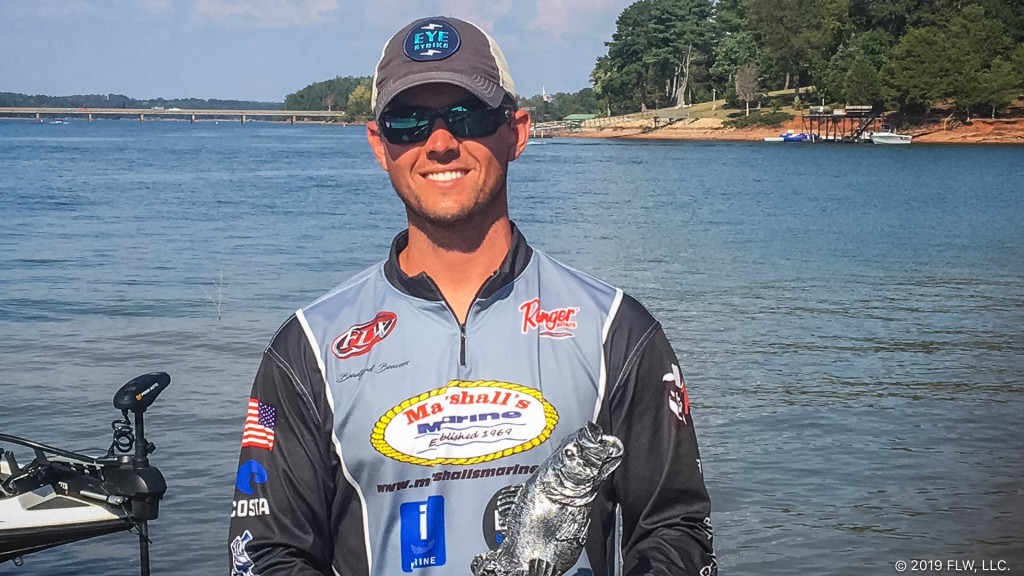 “I was hitting six or seven different areas on the lower end of the lake, just looking for schooling fish that were chasing blueback herring,” says Beavers, a three-time FLW Cup qualifier with more than a quarter of a million dollars in career earnings. “I’m not real familiar with Hartwell, so I don’t know the exact names of the areas I was fishing, but I caught around 10 fish each day.

“It was definitely a timing deal,” Beavers continues. “It was really tough to predict when the bait were coming through, but when we hit it right we really caught them. I just rotated through the spots and waited to get lucky when they were feeding.”

Beavers caught 90% of his fish on a walking topwater bait, but he also added a couple drop-shotting a 6-inch straight tail worm.

“I caught a 5-pounder on the final day with three minutes to go that pretty much won me the tournament,” Beavers went on to say. “That turned out to be the key, for me. I finally got a big one.”

Duarte caught a 4-pound, 13-ounce bass – the heaviest of the event in the Boater Division – and earned the event’s Boater Big Bass award of $300. 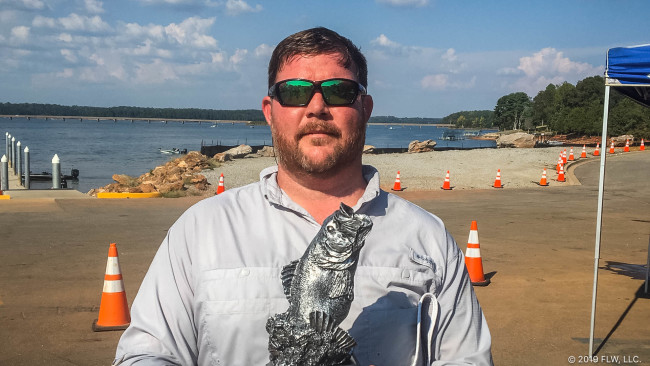 Calvin Clatterbuck of Conway, South Carolina, caught the largest bass in the Co-angler Division, a fish weighing in at 4 pounds, 2 ounces. The catch earned him the event’s Co-angler Big Bass award of $150.