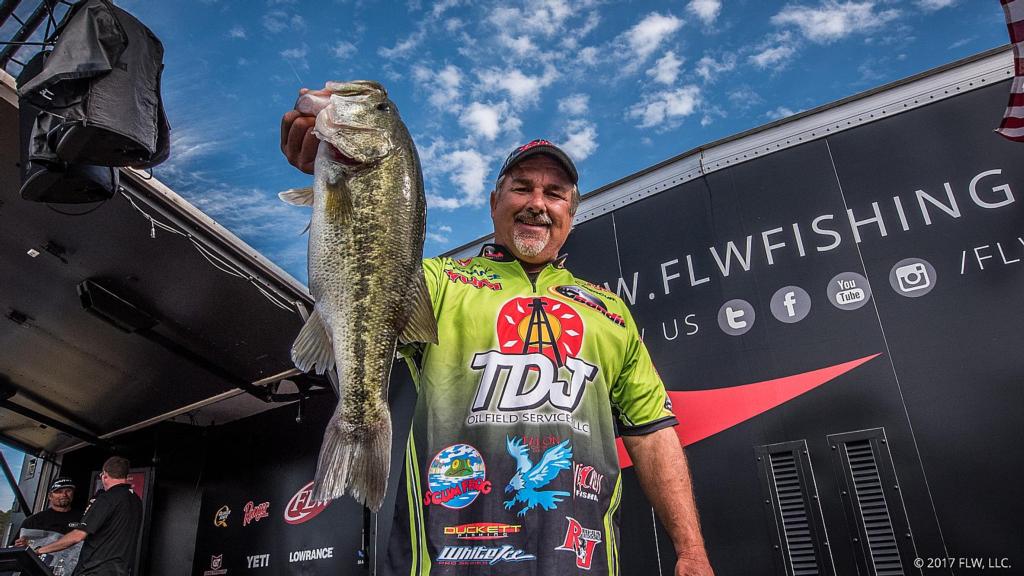 The Phoenix Bass Fishing League presented by T-H Marine kicks off its 2020 Mississippi Division schedule at Ross Barnett Reservoir on March 7. Ross Barnett is an annual early season stop for FLW and the first crack at gaining essential points in the race to qualify for this fall’s Regional. This time around, anglers might have to navigate tricky conditions due to a wet and rainy winter. Here’s a look at what to expect.

Built on the Pearl River to supply drinking water to the citizens of Jackson, Miss., Ross Barnett Reservoir covers just 33,000 acres of water. Most of its surface acres are concentrated in the broad, open lower end, but anglers can also run up the river through a series of snaking channels and attached oxbows.

Lily pads comprise the primary aquatic vegetation, though this time of year anglers mostly target pad stems, since the plants haven’t fully developed for the season.

Ross Barnett’s waters are stained, with at times just a few inches of visibility, and, according to FLW pro Pete Ponds, water levels usually do not fluctuate outside of a range of a couple feet. This season has been unusual in that regard. Between a planned drawdown aimed at killing off invasive giant salvinia and torrents of rain that have caused flooding in the community, the reservoir has fluctuated to extremes so far in 2020, creating additional challenges for Bass Fishing League anglers.

As usual in the spring, the weather leading up to and during the tournament will be the primary factor. Ponds suggests that anglers keep a close eye on nighttime temperatures. If the lows stay in the mid-50s in advance of the tournament, fishing should be really good, but if they drop down into the mid-30s or low 40s, slower tactics would be more effective.

“Most of the fish are going to be shallow in 5 feet or less,” says Ponds. “There are a couple patterns than could work. One is going upriver and fishing the oxbow lakes in clearer water. The other is fishing the flats down on the main lake. Those flats have lily pads stems and other types of vegetation. Fish should start moving in there. It’s going to be all prespawn.”

Ross Barnett’s oxbows might cover 3 to 5 acres of water each. They’re accessible from the river channel through small cuts, and they can be very productive in winter.

“Normally, because of the way they’re positioned against the current, the current blows past them, so the water’s clearer back in the backwater pockets. That’s a really good area to catch fish in the wintertime and as they’re starting to move up to spawn. Now, with all this high water, it’s going to change some things. I don’t know how accurate that’s going to be this year.”

Ponds is also unsure what kind of current anglers might have to deal with up the river this year. It could change things drastically. Regardless, the winner will probably locate fish staging near where they’ll eventually spawn.

Winning weights in past March events on Ross Barnett have varied from low teens to more than 20. Nighttime temps and rainfall will dictate where within that range this year’s winner winds up.

Other good patterns include bumping a Bandit crankbait on the riprap by the dam or throwing a jerkbait in the oxbow lakes if the water is clear enough.