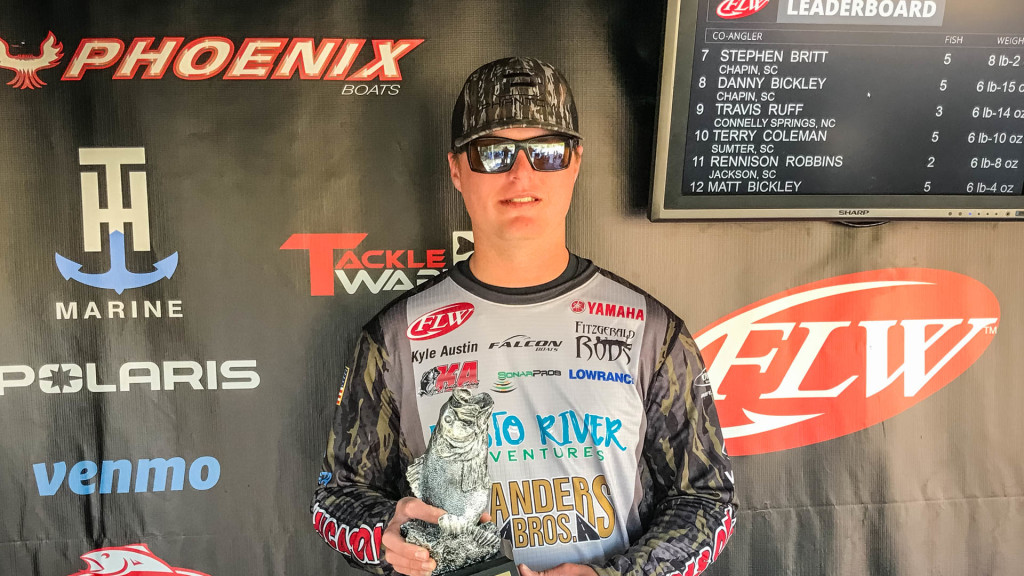 “I was fishing mainly on the bottom end of the lake, fishing a mixture of muddy and clean water,” says Austin, who earned his first career victory in FLW competition. “I was trying to find creeks that were muddy at the base but had clean water in the backs.

“I was catching them a few different ways,” Austin continues. “I caught two in the morning out deep, then a couple up shallow and a couple off boat ramps – I was just kind of hodge-podging around.

“The key to my victory was probably just fishing my style of fishing,” Austin goes on to say. “I like to not be on anything. I like to drive as fast as I can down the lake and fish whatever looks good.”

Roger Farr of Little Mountain, South Carolina, took home an extra $500 as the highest finishing FLW PHOENIX BONUS member. Boaters are eligible to win up to an extra $7,000 per event in each Phoenix Bass Fishing League presented by T-H Marine tournament if all requirements are met. More information on the FLW PHOENIX BONUS contingency program can be found at PhoenixBassBoats.com.

Robbie Mills of Appling, Georgia, brought a 6-pound, 14-ounce bass to the scale to win the day’s Boater Big Bass award of $430. 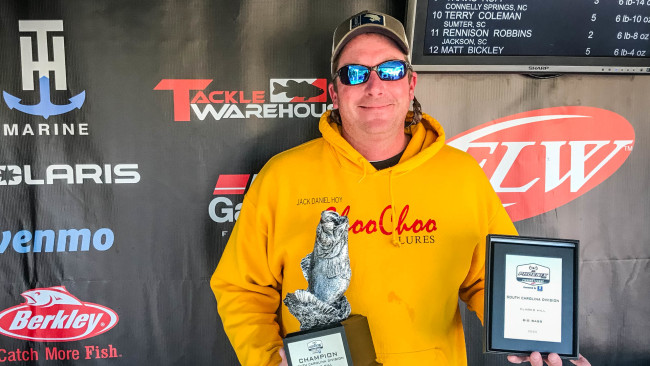 Hoy also earned the day’s Co-angler Big Bass award of $215 after bringing a bass weighing 6 pounds, 13 ounces to the scale.

The 2020 Phoenix Bass Fishing League presented by T-H Marine on Clarks Hill Lake was the second of five events in the South Carolina Division.