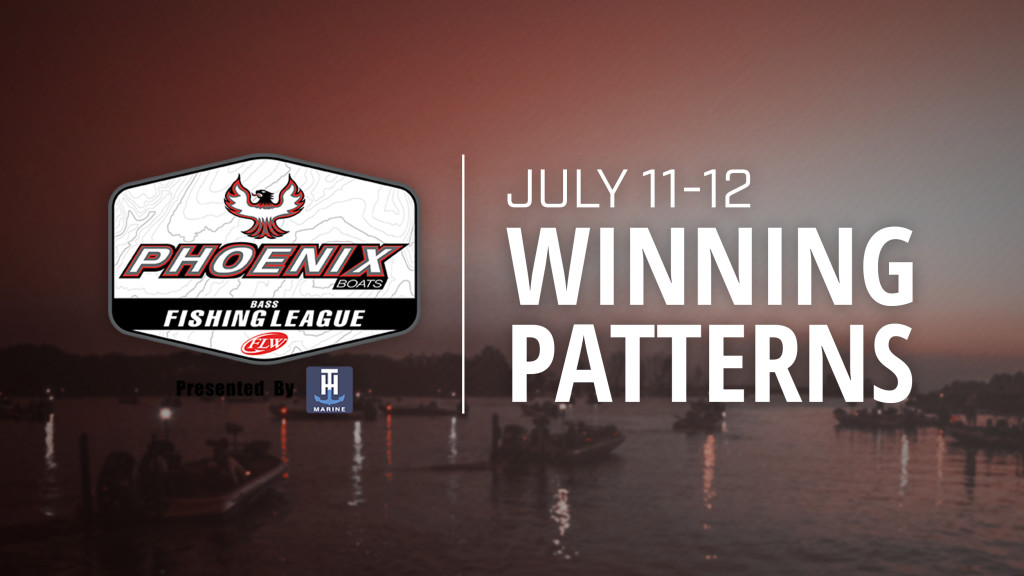 The weekend of July 11 featured seven Phoenix Bass Fishing League presented by T-H Marine events spread across six different divisions. With a pair of double-headers mixed in, it was an action-packed weekend on the water. 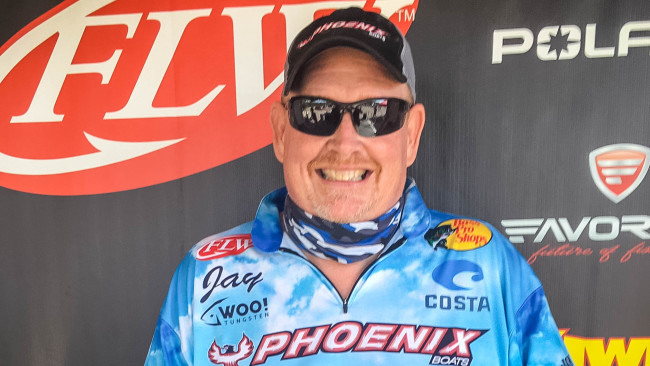 Jay Ellis of Celina, Ohio, brought a five-bass limit to the scale Saturday weighing 11 pounds, 13 ounces to win on the Ohio River. The tournament was the second of five events in the Buckeye Division presented by A.R.E. Truck Caps.

“I went up river, about 15 miles, and fished in Muddy Creek,” says Ellis, who earned the first BFL victory of his career. “I caught them all on single-tree laydowns. The water levels dropped a little bit over night, and I think it pushed those fish a little farther out, off the bank.”

Ellis says he caught his fish on a black buzzbait and a Texas-rigged black-and-blue beaver-style bait. 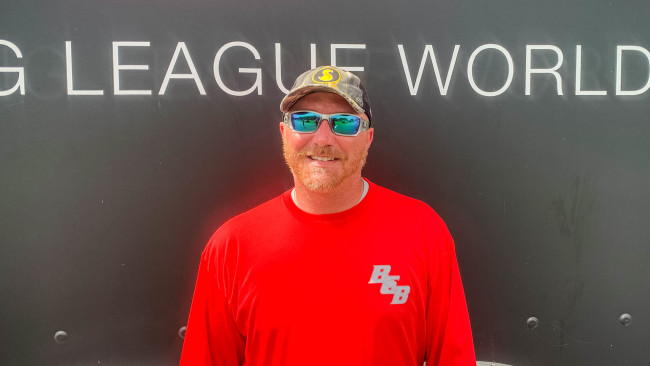 John Mobley of Macclenny, Fla., brought a three-bass limit to the scale Saturday weighing 20 pounds, 6 ounces to win at the Harris Chain. The tournament was the fourth of five events in the Gator Division presented by A.R.E. Truck Caps.

“I locked down to Lake Griffin and was catching them in hydrilla mats and lily pads,” Mobley says. “I was flipping all day. I stumbled upon the bluegill bedding in the pads and that was the key – matching what the fish were eating.”

Mobley says he flipped hydrilla mats with a Texas-rigged Missile Baits D Bomb (black and blue) with a 1-ounce tungsten weight ,and caught his fish out of the pads with a 1-ounce Medlock jig with the D Bomb as a trailer. 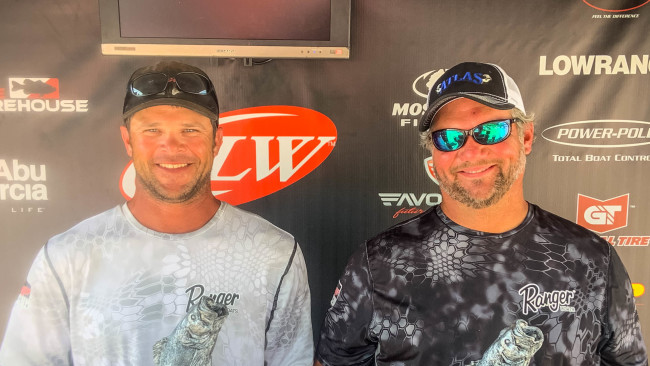 Dan Shoraga of West Frankfort, Ill., and Mike Brueggen of La Crosse, Wis., each brought a five-bass limit to the scale Saturday weighing 11 pounds, 3 ounces, to tie for the win at the Illini Division event on Rend Lake.

“I had seven bites all day, and managed to put them all in the boat,” says Shoraga, who earned his fourth career BFL win. “I knew it was going to fish tough, but I put my head down and just flipped the creeks all day.”

Shoraga flipped black neon- and hematoma-colored beaver-style baits on the north end of the lake.

“I started early with a buzzbait, mid-lake, then worked my way north as the day progressed,” Brueggen says. “I caught two on the buzzbait and one out deep on a worm. As I worked up north, I caught one flipping and got my fifth keeper on a crankbait in the afternoon.” 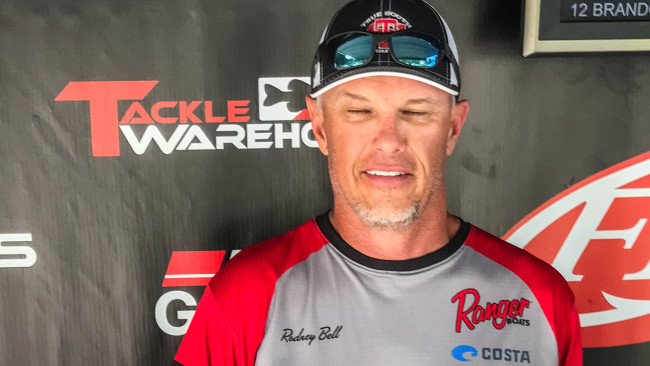 “I was mainly fishing from the mouth of Nutbush Creek up towards Grassy Creek – about halfway between the two,” says Bell, who picked up the fifth BFL victory of his career. “Fishing in and around the bream beds seemed to be the key.” 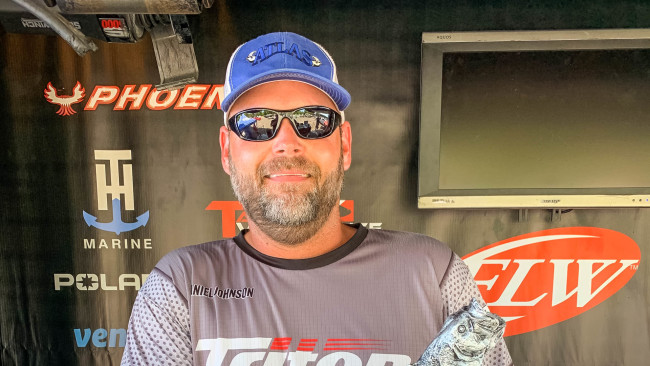 Winning the first of the two Music City Division events on Old Hickory was Daniel Johnson of Lebanon, Tenn. He brought a five-bass limit to the scale weighing 16 pounds, 6 ounces to win Saturday’s event and earn $4,418.

“It was pretty much the same old, same old for me,” says Johnson, who earned his fourth career victory in BFL competition. “I live about ¼ mile from the lake, and fish it all the time – primarily shallow. I caught everything that I had flipping soft plastics in 1- to 6-feet-of-water.

“The hot and sunny weather really helped me,” Johnson continues. “It positioned the fish right where they needed to be for flipping.”

Johnson's key bait was a Reaction Innovations Sweet Beaver, which he estimated he threw 70 percent of the day. 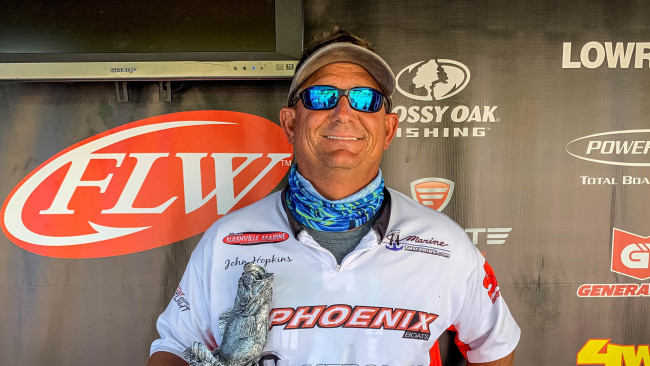 The second Music City event at Old Hickory was won with 20 pounds, 11 ounces by John Hopkins of Hendersonville, Tenn.

Hopkins spent his day catching huge numbers of fish out deep on the ledges.

“I caught probably 60 fish throughout the day,” says Hopkins, who picked up his fifth career BFL win. “Old Hickory is fishing better than it ever has.”

Hopkins says that he caught two good fish on a jig, but most of his damage was done with an unnamed crankbait. 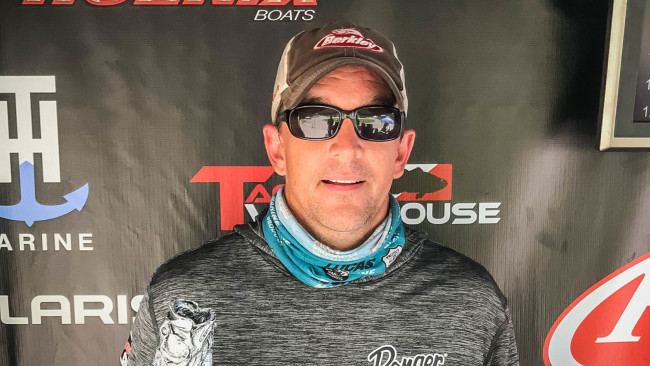 “It feels awesome to get this win,” says Reynolds, who earned his third career win in BFL competition. “I fished mostly up towards Clarksville. I didn’t go all the way into the rivers, but I did get pretty close to that end of the lake.

“I started off the morning shallow, but I didn’t do much,” Reynolds continues. “Then I went to a deep spot and caught them pretty good there. In the afternoon I made a little move to go back shallow and I caught another big one. That was the key to my victory – making the move back shallow.”

Reynolds says this his baits of choice were a worm and a Dirty Jigs flipping jig.