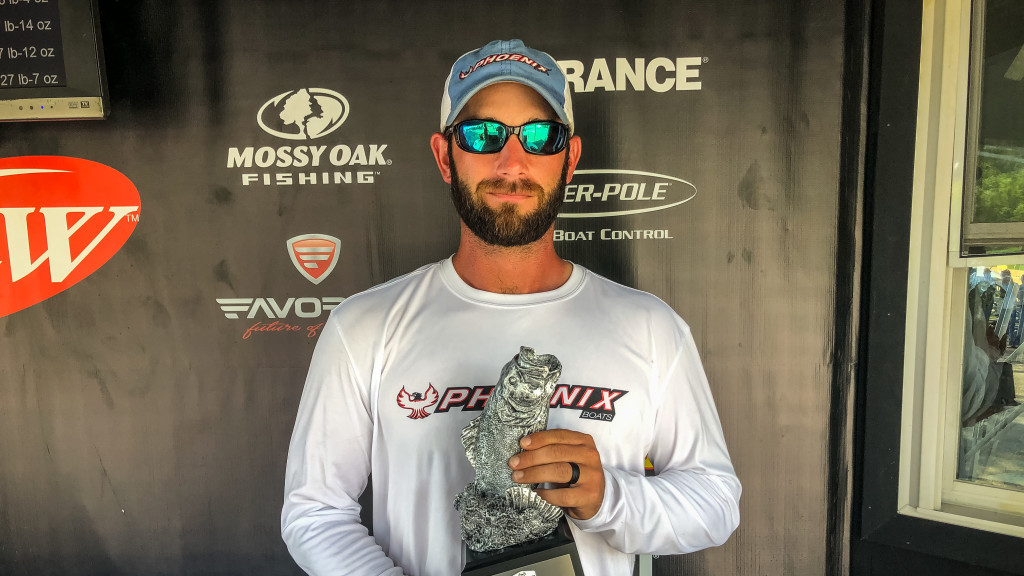 “Of the 10 fish that I weighed in, I caught them on probably six different baits,” says Butler, who earned his first career victory in FLW competition. “I had a smorgasbord. I caught them on a crankbait, a spoon, a drop-shot rig, a shaky-head rig and a swimbait. Total junk fishing.”

Butler says that he fished down-lake, covering 8 to 10 different spots from the State Park down to the dam.

Salzman brought a 7-pound, 10-ounce largemouth bass to the scale to win the Boater Big Bass award of $1,162. 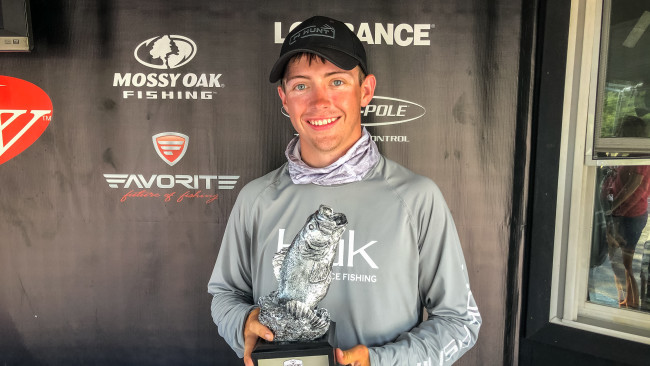 Jon Lawson of Cartersville, Georgia, caught the largest bass in the Co-angler Division, a fish weighing in at 5 pounds, 12 ounces. The catch earned him the Co-angler Big Bass award and added $581 to his winnings.

The 2020 Phoenix Bass Fishing League presented by T-H Marine Super-Tournament on Lake Guntersville presented by Fish-Intel was hosted by the Marshall County Convention & Visitors Bureau. It was the fifth and final qualifying event in the 2020 Choo Choo Division.

Now the top 45 boaters and co-anglers in the Choo Choo Division based on point standings, along with the five winners of each qualifying event, will advance to the Oct. 16-18 Bass Fishing League Regional Championship on Lake Cherokee in Jefferson City, Tennessee, hosted by the Jefferson County Chamber of Commerce. Boaters will compete for a $60,000 prize package, including a new Phoenix 819 Pro bass boat with a 200-horsepower Mercury outboard and $10,000, while co-anglers will fish for a new 18-foot Phoenix bass boat with a 200-horsepower outboard.