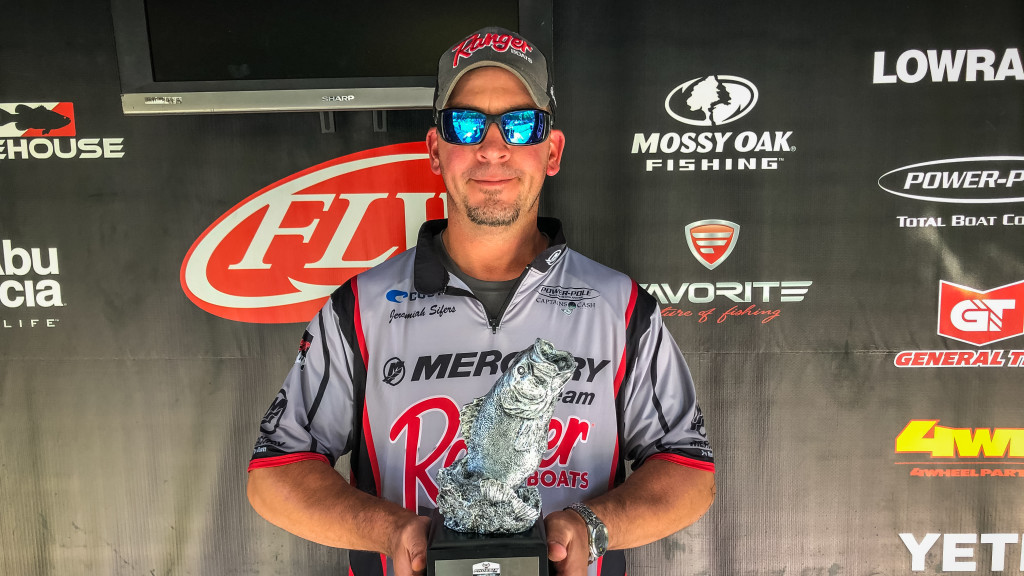 Boater Jeramiah Sifers of Sellersburg, Ind., brought a two-day total of 10 bass to the scale this weekend weighing 22 pounds, 14 ounces to win the Phoenix Bass Fishing League presented by T-H Marine Hoosier Division Super-Tournament at the Rough River. Sifers earned a total of $6,917 for his victory.

Sifers caught a monster limit weighing 19 pounds, 11 ounces on day one of the event that gave him a near 10-pound lead to start the second day of competition. Sifers says he targeted shallow water in the north end.

“I flipped a black and blue jig, threw a (River2Sea) Whopper Plopper, a buzzbait and a spinnerbait,” Sifers says. “It was just a shallow-water deal – the fish were really keying on the channel stumps.

“This is my third career win, but I haven’t won since 2004,” Sifers goes on to say. “I’ve had lots of second- and third-place finishes since, but it’s awesome to get the win. When it’s your time, it’s your time.”

Sifers brought a 6-pound, 12-ounce largemouth bass to the scale to win the Boater Big Bass award of $660.

Frank Haysley of Louisville, Ky., took home an extra $500 as the highest finishing FLW PHOENIX BONUS member. Boaters are eligible to win up to an extra $7,000 per event in each Phoenix Bass Fishing League presented by T-H Marine tournament if all requirements are met. More information on the FLW PHOENIX BONUS contingency program can be found at PhoenixBassBoats.com. 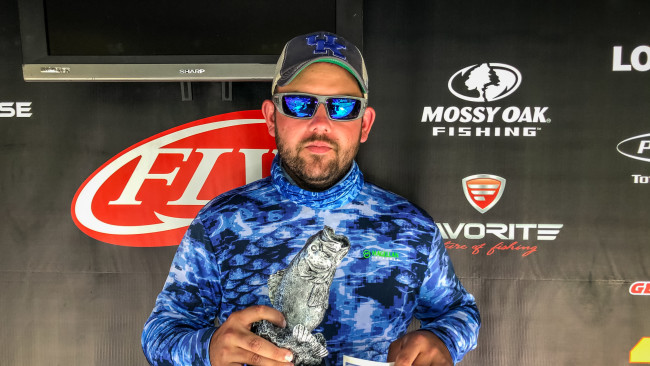 Sorrels also caught the largest bass in the Co-angler Division, a fish weighing in at 5 pounds, 4 ounces. The catch earned him the Co-angler Big Bass award and added $330 to his winnings.

The 2020 Phoenix Bass Fishing League presented by T-H Marine Super Tournament on the Rough River was the fifth and final qualifying event in the Hoosier Division.

Now the top 45 boaters and co-anglers in the Hoosier Division based on point standings, along with the five winners of each qualifying event, will be entered in the Oct. 15-17 Phoenix Bass Fishing League Regional Championship on the Mississippi River in La Crosse, Wisconsin, hosted by Explore La Crosse. Boaters will compete for a $60,000 prize package, including a new Phoenix 819 Pro bass boat with a 200-horsepower Mercury outboard and $10,000, while co-anglers will fish for a new 18-foot Phoenix bass boat with a 200-horsepower outboard.