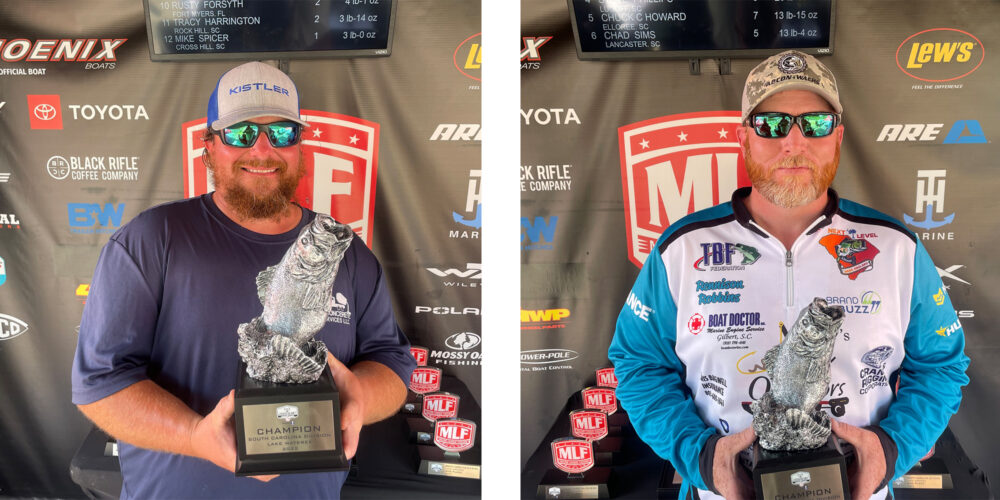 “I started out Saturday morning with a ¼-ounce shaky-head with a green pumpkin worm, as well as a junebug worm,” Richardson said. “I caught a 4 ½-pounder under one of the docks that put me into second place Saturday.”

Richardson said he targeted mid-lake docks and seawalls in two to three feet of water to catch his winning stringers.

Richardson said he relocated down the lake and pulled into a pocket and filled his limit for the victory.

James Gibbons of Timmonsville, South Carolina, caught a bass weighing 4 pounds, 14 ounces – the heaviest of the event in the Boater Division – to earn the Berkley Big Bass Boater award of $547.

Robbins also caught the largest bass in the Strike King Co-angler Division, a fish weighing in at 3 pounds, 10 ounces. The catch earned him the Berkley Big Bass Co-angler award of $274.