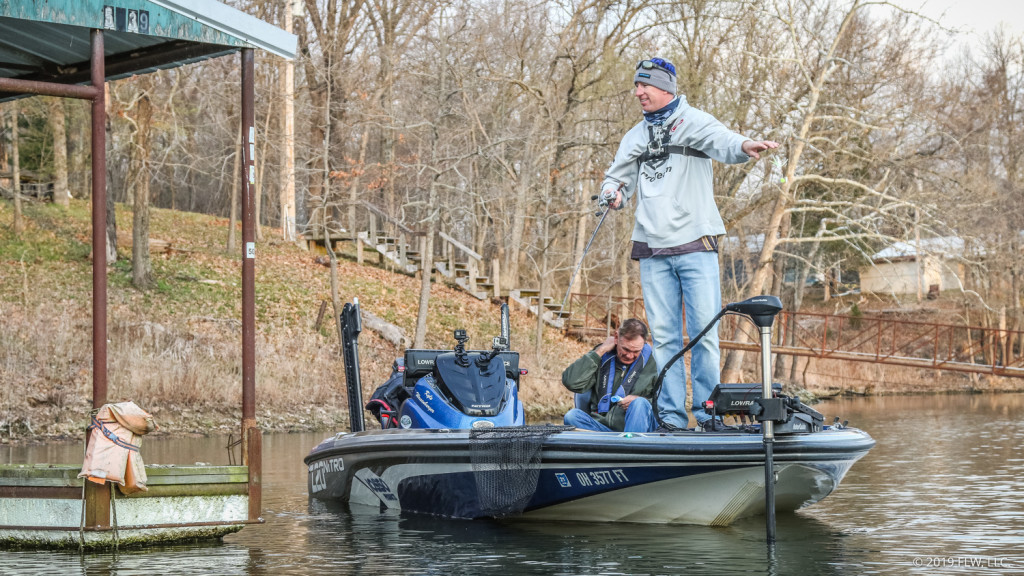 The 2021 Phoenix Bass Fishing League Presented by T-H Marine Hoosier Division will start the season on Rough River Lake on April 17. Given any luck, the event presented by TINCUP Whiskey should hit Rough River at the perfect time for the fishery to show out.

Ringing in at 5,100 acres, Rough River Lake is a fairly small reservoir on the Rough River. Nestled in the hills of Kentucky, Rough River is serpentine, with a number of long, twisting arms and not much spread. Home to spotted bass and largemouth, the fishery isn’t a common tournament stop, but the Phoenix Bass Fishing League has been there before, albeit not in the spring.

Tackle Warehouse Pro Circuit pro Kyle Weisenburger has some experience on Rough River, and says it’s not an unusual lake for that park of the country.

“It’s basically a dammed up river, it’s got a lot of curves and channel swings, and a couple long creek arms you can go up,” says Weisenburger. “There’s not a whole lot of what I would call “main lake,” it’s more of a gradual river with some fingers and pockets, it’s a narrow fishery if you look on a map.”

Though it lacks grass, there are some docks and plenty of rock and wood for anglers to target.

Given the time of year, Weisenburger thinks the fishing could be pretty good.

“With that might be happening, they might time it about right,” says Weisenburger. “I would say that’s about as good as they can time it. We’ve fished similar lakes that time of year, it should be perfect.”

Given a prespawn or perhaps a spawn event, Weisenburger figures the fish should be shallow and biting well.

“I would assume a lot of the fish are going to be prespawn or moving up to spawn, depending on the weather,” he says. “A lot of it is going to depend on how much rain we get and the water level. If the water is up, I’m sure there will be a lot of shoreline bushes and laydowns they can target.”

Weisenburger came up through the Phoenix Bass Fishing League and has been as successful as anyone in the Buckeye and Hoosier divisions over the years.

“The thing I like about BFL events is you’re fishing against the best anglers in that region,” says Weisenburger. “It’s still the same format as big tournaments and it’s a good test of how your skills are against the best local anglers in that area. Plus, a lot of the BFLs in our region are on smaller lakes, and they’re tough fisheries. It teaches you how to capitalize on every bite, and how to make do when you don’t find a lot in practice.”

Assuming a solid spring event, Weisenburger thinks that a small selection of baits could get the job done.

“A lot of those guys fish the way that I do,” says the Ohio pro. “If it’s timed right, I think you’re going to see a lot of flipping and pitching. A wacky worm will be a big player that time of year too. A spinnerbait or a buzzbait will be a good play too – there’s a lot of wood in the back of some of those arms. Those are probably the baits I would start with.”

A squarebill crankbait and a vibrating jig are also likely players in the spring. Plus, given the rules, an umbrella rig might make an appearance. Whatever shakes out, it’s likely to be a great time to fish Rough River.