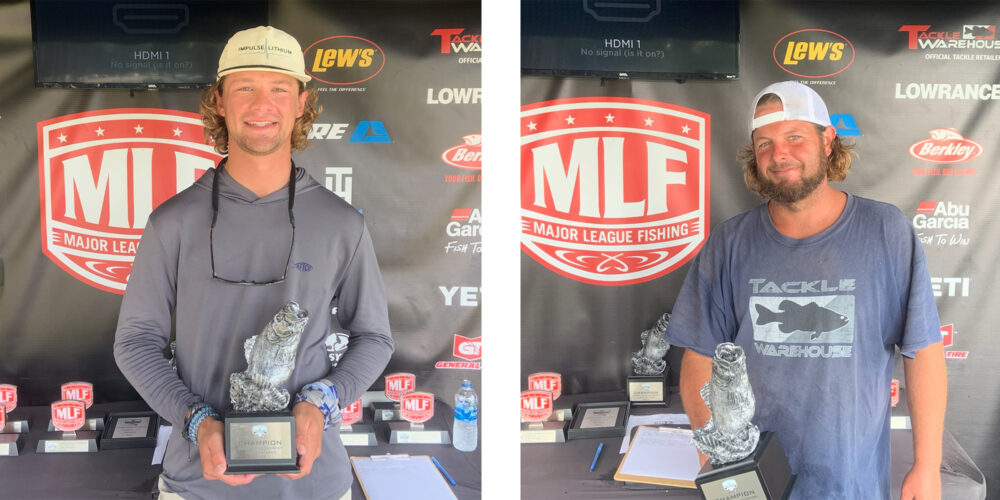 Warren said he keyed in on Pickwick’s Seven Mile Island area and fished to his strengths to claim the victory. He said he flipped a ½-ounce jig tipped with a green-pumpkin Zoom Z-Craw Jr. with a hand-dyed chartreuse tail to bushes on the bank where current had cut the bank to 2-to-4-feet deep. He said a mixture of oxygen in the water and a good presence of bluegill had the bass holding and actively feeding.

“I’ve had a pretty good history with BFLs on Pickwick,” Warren said. “In all three of the BFL events I’ve fished there, I’ve caught all of my fish shallow. I fish the Chattahoochee River in a 17-foot boat and fish a lot of channel-swing banks, and I’m able to really understand current now.”

Warren said he lost a good fish early Saturday but filled his limit on three different stretches of water as he “fished by the seat of his pants” to hook five keeper bass on the first day of competition. Warren said his last keeper of the day came just seven minutes before his afternoon check-in.

Sunday was more of the same grind, as Warren had only two keepers at 1:30.

“I never lost confidence, because I knew if I got mentally out of it in the last hour I would lose,” Warren added. “I had to focus and make perfect skips and flips for the last hour, and it really paid off. It’s just unreal to win on Pickwick. I wouldn’t trade it for anything. It’s made me want to strive harder for the next win.”

Scott Towry of Lawrenceburg, Tennessee, caught a bass weighing 4 pounds, 13 ounces – the heaviest of the event in the Boater Division – to earn the Berkley Big Bass Boater award of $787.

Allen Rhodes of Decherd, Tennessee, caught the largest bass in the Strike King Co-angler Division, a fish weighing in at 5 pounds, 3 ounces. The catch earned him the Berkley Big Bass Co-angler award of $386.