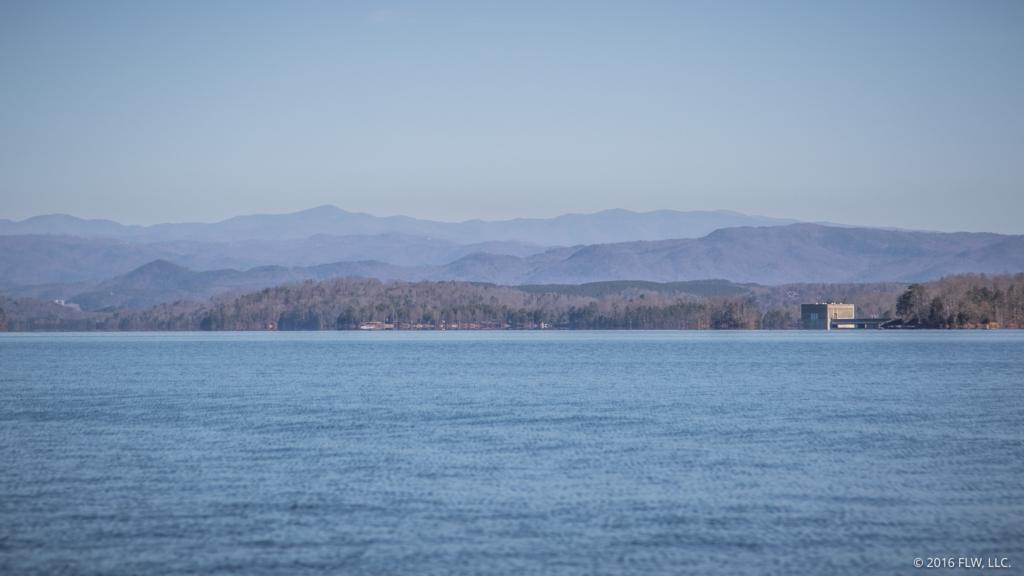 The 2021 Phoenix Bass Fishing League Presented by T-H Marine Savannah River Division starts its season on February 6 on Lake Keowee in Seneca, South Carolina. A solid wintertime fishery, Keowee pumps out plenty of spotted bass and largemouth and it’s been on the upswing this winter.

Because Keowee has a powerplant with a hot water discharge on it, the fishing there isn’t really easy to define in the winter. Still, it’s got plenty of deep, clear water, and for folks like Todd Goade, the lake presents an interesting challenge.

“It’s a power plant lake, so it stays warmer than Hartwell or Jocassee, the two lakes around it,” Goade says, who lives in Tennessee now, but has spent lots of time fishing in Georgia and the Carolinas. “On those lakes, you’ve got water in the mid to upper 40s right now, and on Keowee, it’s 60 degrees in the upper lake, near the power plant. They pull water back and forth from Jocassee and Keowee, so the warm water is pulled up the lake pretty well. So, there can even be fish spawning in the upper lake this time of year.”

With the typical complement of blueback herring and shad, Keowee is a bit different than the standard Carolina spotted bass lake in a few points. For one, it has a lot less offshore cover in the form of brushpiles or cane piles than places like Hartwell or Murray. Additionally, it can fish quite a bit deeper.

“There’s not a lot of offshore cover, it’s like the Dead Sea,” Goade says. “You can idle forever, and the bottom is slick. The spotted bass at Keowee roam on bait — if you find the bait, you’ll find them out there. Once you find the bait, the fish are there, because they are bait-oriented. A lot of times you need to be looking really close at your Lowrance because those spots will lay on the bottom. This is no joke — I’ve caught fish in 60 feet of water that have had mud on their bellies when you bring them in.”

Goade says that there are a few patterns that could play on Keowee this time around: deep boat docks, a shallow morning bite and deep bait-oriented fish.

“I like to fish deep boat docks, and I’ve got some old haunts where typically fish are out deep on bait,” Goade says. “First thing in the morning though, a lot of times there are fish on the bank. You can catch them for the first hour on a jerkbait in the morning some places, but once that sun gets up, that goes away.”

Despite Goade’s formula, it’s not a lock to be won any one way. Over the years, winter tournaments have been won a whole pile of ways. Back in 2014, Austin Felix and Chris Burgan won the College Fishing National Championship on spotted bass out deep with a shaky head and a football jig. In 2019, Joe Anders won a BFL there in February with a topwater and a drop-shot.

One thing that’s hopefully a lock is decent fishing. Keowee has a rep as a pretty tough lake, but Goade says that it’s been taking 16 to 17 pounds of spotted bass to win most of the team tournaments there this winter.

“It’s got a really good population of spotted bass, and from what I’m seeing and hearing, it’s kind of in an upswing right now,” Goade says. “There are some big largemouth being caught, but there are some huge spots being caught right now.

“The times I’ve done real well, I have one big largemouth in the bag,” Goade says. “If you can catch four good spots and one really good largemouth, you’ve got a really good chance to win. In the past, the magic number has been 10 pounds on the boater side. If you get to 10 pounds, you’re gonna get a paycheck. I’ve got several Top 10s with 11 pounds. If you can get that one kicker fish and get over the hump to 12 pounds, you’re real close to a top five. I think if you get to 14 or 15 pounds, you’ve got a shot to win.”

Though a wide range of baits could be effective on Keowee, Goade expects mostly finesse offerings like a shaky head, Ned rig, drop-shot or small swimbait to play.

Additionally, a jerkbait could be good, or some other Carolina staple like a jig or underspin.