Hundreds of Boaters and Co-anglers Descend on La Crosse to Compete for $60,000 and Their Shot at the 2023 All-American Championship 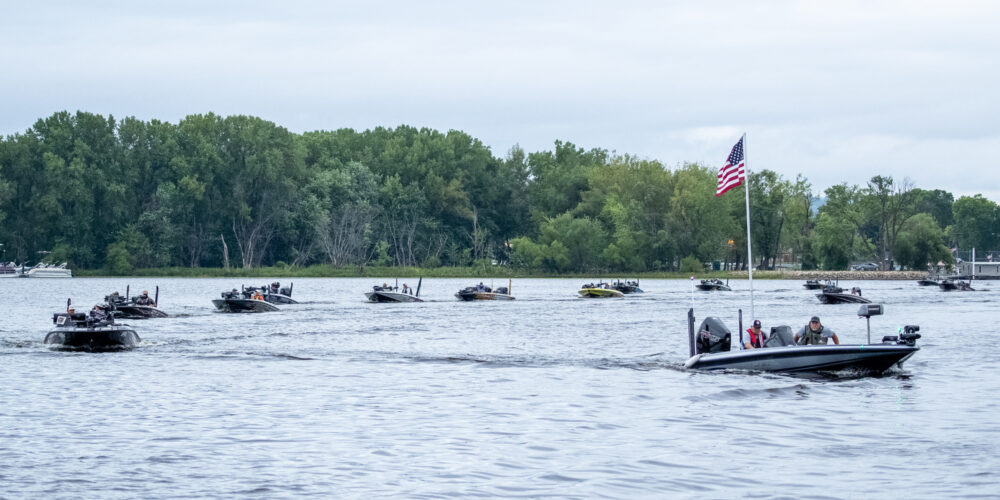 Local pro Matt Stefan of Junction City, Wisconsin, said the Mighty Miss is setting up for a fantastic event.

“We’ve had some really cold weather come in, with a frost warning the past couple nights and highs only in the mid-50s, which will ignite the bite,” Stefan said. “By mid-October, the shad will have started their migration into backwaters with deep holes, anywhere from 8 to 25 feet of water, and the largemouth will follow, so depth is going to be key.

“They will still be caught relatively shallow, in probably 2 to 6 feet of water, but those deep holes will attract the shad and will have bass around them, so areas like the Black River are going to be a major player in this event.”

Stefan said he expects the smallmouth to be set up pretty good as well, either on wing dams or general current-break areas where the shad will also be schooling.

“There will be a lot of 14-pound bags, but I think an angler who can consistently catch 16 pounds per day will have a shot at winning the event,” Stefan said. “I expect to see various baits, including swimbaits, big topwater walking baits, spinnerbaits, swim jigs and crankbaits. The Berkley Choppo and the Dirty Jigs Swim Jig should be big players as well.”

Anglers will take off daily at 7 a.m. CT from Veterans Freedom Park in La Crosse. Weigh-ins will also be held at the park and will begin at 3 p.m. Fans are welcome to attend the event or follow the action online through the “MLF Live” weigh-in broadcasts at MajorLeagueFishing.com.

The 2022 MLF Phoenix Bass Fishing League Presented by T-H Marine consisted of 24-divisions devoted to weekend anglers, with 128 tournaments throughout the season and five qualifying events in each division. The top 45 boaters and Strike King co-anglers from each division, along with the five winners of the qualifying events, advance to one of six Phoenix Bass Fishing League Regionals.