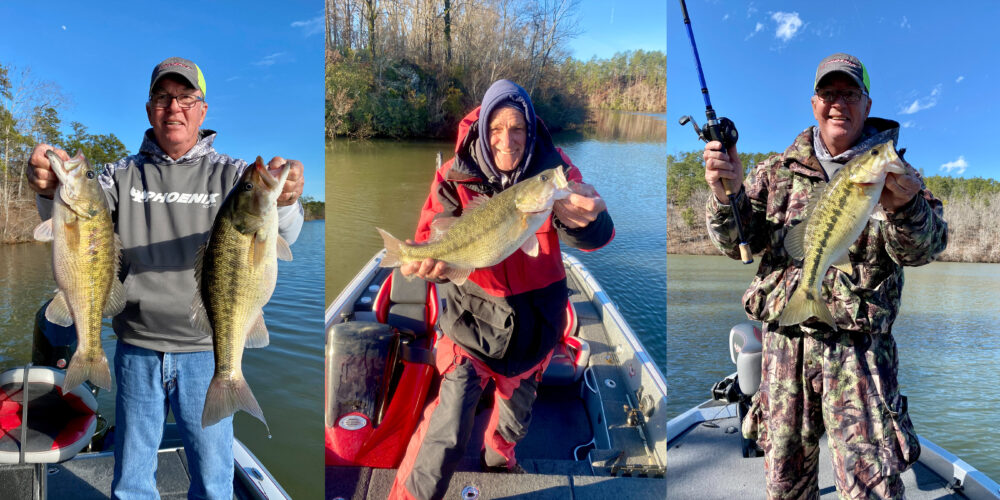 The 2021 Phoenix Bass Fishing League Presented by T-H Marine Bama Division continues the season on March 6 on Lake Mitchell. An underrated gem on the Coosa River, Mitchell cranks out big spotted bass and largemouth and should provide excellent early-season fishing.

One of a number of lakes on the Coosa River famous for big spotted bass, Lake Mitchell is plumb full of bass. Mitchell has 147 miles of shoreline and covers 5,850 acres, so it pales in comparison to some of the bigger lakes in Alabama, but it doesn’t mean the fishing is bad. One of the key features of Lake Mitchell isn’t actually Mitchell – it’s the Lay Lake dam at the top of Mitchell. Like most Coosa impoundments, Mitchell has a strong current-driven bite, and the few miles below the dam offer some of the best fishing on the lake.

Mitchell presents anglers with a variety of options and largemouth and spotted bass are both worth a look. Depending on where you fish in the lake, an angler could fish heavy current or flip bank grass and docks. On the forage side, the primary food fish are shad, like you’d expect in any southern reservoir, but there are plenty of bluegill and crayfish as well.

Tackle Warehouse Pro Circuit pro Jon Canada lives near Mitchell and spends a lot of time on it, particularly in the upper reaches.

“Mitchell has actually been fishing better than any place on the Coosa the last couple of years,” he says. “You’ll have people go up the river and fish current. Then, mid-lake, you have a little bit of grass, and bluffs, and you can fish a crankbait or a jerkbait. It’s got some standing timber and stumps off the bank too. There are also bigger feeder creeks, and those are going to be players if the water temperature gets to 55 degrees – it’s game on for the largemouth around here.”

Despite the early March date, Canada expects a number of spawning fish to hit the scale.

“There will be some big spotted bass caught spawning,” Canada says. “You’re not going to see them, but you’ll catch them blind on a shaky head. Spots will spawn a lot sooner than largemouth around here.”

Perhaps the biggest decision anglers will face is how much time they should devote to largemouth. Mitchell has a tremendous population of spotted bass, and most of the weight in the event will likely be spotted.

“They’re winning mostly with all spots now,” Canada adds. “In February, a buddy of mine had 18 pounds and some change in a team tournament. I think 16 to 18 pounds will win it. I think you can catch more than that if the largemouth play. If somebody can catch a good bag of spots and a big largemouth, they’ll win the tournament, no doubt in my mind. But, that lake has so many 2 1/2- to 3 1/2-pound spots. You can catch 17 pounds of spots, and that will win a tremendous amount of tournaments.”

One of the key decision points might revolve around the lake conditions. Falling water or a post-frontal day could make the spotted bass a more attractive option.

“Spots are much more consistent around here,” Canada explains. “When it’s a high bluebird day and tough, you can depend on spots a lot better than you can largemouths. And, if they suck the bottom out of the lake, if you were catching a lot of largemouth and they drop the water 6  or 8 inches, it’s brutal; you’re not going to hardly get any bites.”

From a bait standpoint, Canada thinks a lot of options will be in play.

“I think you’ll have people catching them on a lot of stuff,” he says. “Everything from jerkbaits to swimbaits to jigs.”

Canada also says that a crankbait could catch some fish, as well as a spinnerbait or an umbrella rig. One bait he thinks is absolutely necessary, especially for a co-angler, is a shaky head.

“You’ll catch a lot of biggins on a shaky head,” Canada says. “Just like we’re going to see at Smith Lake, when those spots get to spawning around, it’s a killer.”