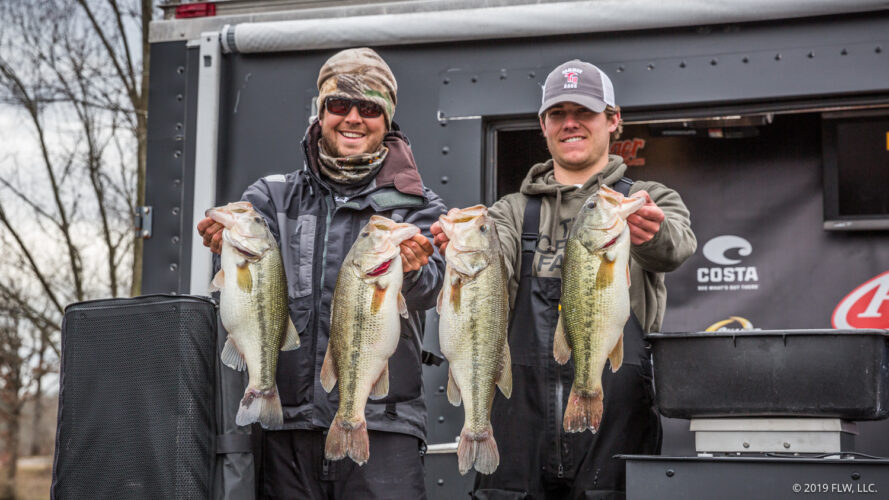 The 2021 Phoenix Bass Fishing League Presented by T-H Marine LBL Division starts the season on March 6 on Kentucky and Barkley lakes out of the Kentucky Dam Marina. One of the most famous lakes in the country, Kentucky Lake is beginning to rebound from a few years of tough fishing.

Adjacent lakes separated by the Land Between the Lakes Recreation Area, Kentucky Lake and Lake Barkley are linked by the 1.75-mile Barkley Canal. Though Kentucky Lake is much larger and historically offers better fishing, it’d be no huge surprise to see Barkley play in this event as well. Barkley is built on the Cumberland River and Kentucky Lake is one of many famous reservoirs on the Tennessee River.

Both lakes are frequent tournament stops – and used to be amazingly good – with some of the best fishing in the country to be had. Especially in the summer when the offshore bite was on, the ledges of Kentucky Lake could rival any other lake on the Tennessee River.

These days, the lakes are attempting to bounce back from a few tough years, and signs are hopeful. In the spring, though fish can be caught off the bank, plenty of events are won shallow and close to the bank, which can be a real equalizer.

With smallmouth, largemouth and some spotted bass available, both lakes are chock-full of options. Though there used to be a fair amount of grass in Kentucky Lake, the main players now are miles of offshore structure and various types of rock and wood targets.

One of the biggest questions going into the event will be how the lakes respond to the historic cold snap the area just endured. Tackle Warehouse Pro Circuit pro Terry “Blade” Bolton figures he hasn’t seen the lakes as iced over as they have been recently in 15 or 20 years.

“My dock finally got opened up yesterday, and it was still iced in the creek behind me,” Bolton says. “I drove by Jonathan Creek and there were icebergs going through the bridge yesterday. Today, the back of the creek was still iced up, but it looked like you could probably idle through it.

“Starting Friday, for the next four or five days, some 50- or 60-degree rainfall is coming,” Bolton adds. “I’d say we’re going to get a warmup. That would really help things out if we have a big 57-degree rainfall run into the lake. I’d say the best-case scenario is mid-40-degree water, and you might get to the upper 40s, but it depends on how much of this warm rain we get.”

Actual water temperature aside, Bolton says he expects the lake to fish well in 2021.

“It’s coming back. I haven’t got to fish much because I was trying to get time on the boat to go to Florida, but it’s fishing better,” he says. “I think we’re going to see more bass caught this year. I’ve said all along that 2021 will be a rebounding year. You’ll see more limits of fish. We’re still lacking those 4- and 5-pounders, but I think in 2022 and 2023 you’ll see those 20-pound stringers that we’re accustomed to.”

For a winning weight, Bolton expects the 20-pound mark to be key.

“We’ve got a lot more baitfish in the lake, and the fish are at their maximum weight right now,” Bolton says. “I think 20 pounds is a good stringer right now. Could somebody catch 25 pounds? It’s possible, but I would lean toward the bigger stringers being a 20-pound type stringer.”

From a pattern standpoint, the types of baits that work well in the early spring are well-known on Kentucky Lake. If it works anywhere else in Tennessee, Kentucky or Alabama, it probably works on Kentucky Lake.

“As cold as it’s been, an Alabama rig will definitely be a player,” Bolton posits. “If we get a lot of rainfall and an influx of dirty water, that does hurt an Alabama rig, but dirty water would help the crankbait fishing. I expect your normal players – jerkbaits, Alabama rigs and a crankbait. I feel like how much a crankbait plays is dependent on water clarity; if we get some color in the water, a crankbait could be a big player.”

Other baits that could play are single swimbaits, lipless crankbaits, jigs and perhaps a spinnerbait if the water is on the warmer and dirtier side.