Michigan Division Action Will Get Underway on Lake St. Clair 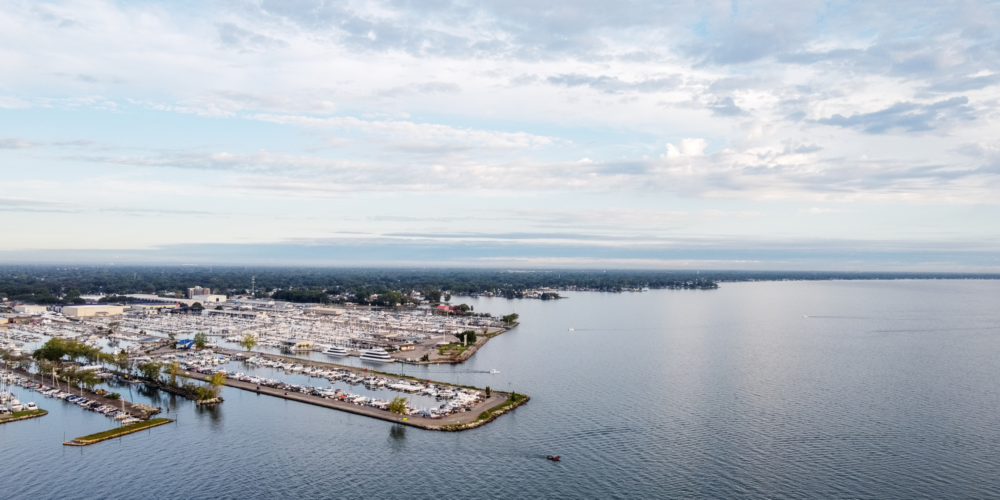 HARRISON TOWNSHIP, Mich. – Lake St. Clair should produce quality smallmouth – along with the potential for some solid largemouth as well – when action gets underway June 25 at the Phoenix Bass Fishing League Presented by T-H Marine Michigan Division opener. Fish will be in their summer haunts and plentiful (as long as Mother Nature cooperates).

Lake St. Clair is located about 6 miles northeast of downtown Detroit, Michigan, and Windsor, Ontario, Canada. Along with the St. Clair River and Detroit River, Lake St. Clair is connected to Lake Huron to the north and Lake Erie to the south.

Its total surface area is about 430 square miles, with an average depth around 11 feet. This large bowl-shaped lake is noted for sand and grass flats that hold an abundance of fish. The primary baitfish are yellow perch, but gobies and some alewives also provide forage for both smallmouth and largemouth.

Lifetime Michigan resident and Bass Pro Tour angler Jonathon VanDam has chased bass on St. Clair for many years. He’s expecting the Michigan Division anglers who finish in the Top 10 to weigh some impressive limits.

“I think it will take north of 20 pounds to do well,” VanDam said. “There have been weights around 27 or 28 pounds for a five-fish day recently out of St. Clair. I feel that to be in the Top 10, an angler will likely need 23 pounds. And to feel confident they can win, 25 pounds or more.”

Both smallmouth and largemouth are available, but likely smallmouth will be the dominant fish chased by the BFL anglers, primarily because the average size is noticeably bigger.

“Largemouth came into play last year at the Bass Pro Tour event, but this tournament will likely be won with smallmouth, “VanDam said. “They’re just bigger and healthier in general. Seeing some of those quality largemouth (last year) opened my eyes to what a terrific largemouth fishery this is developing into, The water has been really high the last few years. That high water has provided largemouth with lots of good spawn area and cover, but the smallmouth are still dominant (in tournaments).”

Smallmouth should be caught on deeper flats (although the entire lake is essentially a gigantic flat). Successful anglers will likely target the 16- to 18-foot depths, looking for weed clumps or open spots in the sand and grass.

VanDam feels anglers should stay put and work an area over if they get a quality bite or two.

“Once you get a quality bite or two, like a 4-pound bass or larger, it’s a good idea to stay put and fish the area thoroughly,” VanDam confirmed. “Getting in the right area is so important on St. Clair. These fish group with fish of the same size. Find an area with a few good bites, hunker down, and work through it. The pods of fish don’t roam a lot, and generally stay in the area.”

Since smallmouth bass located in deeper flats will be the primary target according to VanDam, he feels you should stick with a handful of techniques for success.

“I think the drop-shot, Ned rig, and maybe a spybait will work,” said VanDam. “Of course a classic Great Lakes tube is always good, and really underrated.”